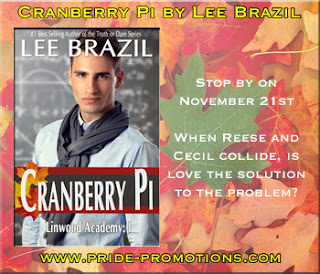 Somewhere in a small town in up-state New York are a librarian and a second grade teacher to whom I owe my life. That might be a touch dramatic, but it's nevertheless one hundred percent true.
Because they taught me the joy of reading, of escaping into worlds crafted of words.
Have you ever been nine years old and sure of nothing so much as that you don't belong? Looked at the world from behind glasses, and wondered why you don't fit?
Someone hands you a book, and then you turn the page and see… There you are, running from Injun Joe in a dark graveyard; there you are fencing with Athos; there you are…beneath the deep blue sea- marveling at exotic creatures with Captain Nemo.
I found myself between the pages of books, and that is why I write now. It's why I taught English and literature for so many years, and it's why my house contains more pounds of books than furniture.
If I'd had my way, I'd have been a fencer…or a starship captain, or a lawyer, or a detective solving crimes. But instead, I am a writer, and I've come to realize that's the best thing in the world to be, because as a writer, I can be all those things and more.
If I hadn't learned to value the stories between the pages, who knows what would have happened? Certainly not college…teaching…or writing.

As if starting a new job, picking up the reins of a disorganized former colleague, and moving back in with his parents while he saves for a down payment on a house of his own isn't enough, Cecil Trace has just discovered that part of the Art Director's job at the exclusive Linwood Academy is putting on a series of holiday pageants…with the first one celebrating Thanksgiving just three short weeks away. He's got enough on his hands getting reluctant students ready to wow their parents and the community with their brilliance, and preparing a holiday showing of his own artwork at a local gallery, he doesn't need recalcitrant but brilliant math instructor Reese Cavelli arguing about every little detail. While Reese understands the new Art Director's urgency, he can't allow Cecil to undermine his authority with the students. Reese can't help being an ass to the new art director, and he knows in part his behavior is due to his own insecurities, but it's also got a lot to do with the fact that the vibrant young artist is so damned sexy in his jeans and bohemian shirts. Every time he comes into contact with Cecil Trace, he finds himself tongue-tied and brusque, unable to think of anything to say that doesn't come out wrong. 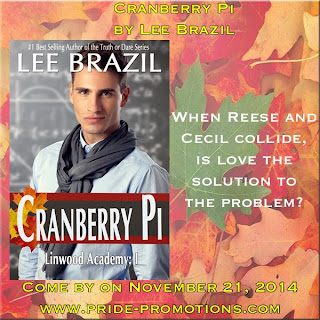 The store doors whooshed open and a wave of cold air enticed him inside. The silver gum wrapper nagged at the back of his mind, but he was determined. No more picking up after other people. Not after coming in early and staying late and spending all his planning periods cleaning up Torey Crowe's disaster of a classroom over the last week.
Pulling out his smartphone, he called up a list of items he needed and swung a cart out of the corral. He knew the store like the back of his hand, but it seemed unusually crowded this Sunday. Ducking into an aisle to detour around a woman who appeared to have at least six two-year-olds in her charge, he nearly collided with another cart. Cursing, he veered to the left quickly. Too quickly as he wound up hitting a hanging display of sandwich containers in gaudy plastic colors.
"Fuck!" Instantly, he backed up a little and bent to retrieve the objects that had fallen from the display. Something rammed into his backside and sent him sprawling forward onto the dirty linoleum. "Fuck!" he snarled, catching himself with his hands and pushing upright.

"Oh, excuse me."
The pleasant baritone irritated him even more, because it seemed familiar. Spinning about, he found himself face-to-face with the devil himself. Or temptation. The man who'd hit him with the shopping cart was stooping to pick up the sandwich containers, and Reese didn't have a very clear view of him, but what he saw was enough to make his cheeks burn even brighter and his heart falter just a bit before racing.
Golden hair, in a long, straight sheet fell forward over his face, long…too long for a man, really. Reese tried to sneer, but his fingers twitched again, and he wanted to reach out and push that hair back behind the man's ear to see what sort of face it hid. He had an impression of slenderness, caught a glimpse of faded denim, and a shirt that looked a hell of a lot like his sister's baby doll pajamas before his cock swelled. Embarrassed, he jerked his own cart and trotted down the aisle. "Watch where you're going!" he choked out, racing for the produce department.

Lee Brazil successfully wrote a story where my strongest reaction was to either strangle the main man or bitch slap him. Then, as the story progressed, there was nothing I could do but to feel for him especially after knowing what he went through growing up.

But let's get back to the story before proceeding with the dissection.

We have on one hand, Cecil Trace, artist, beautiful man and in much need of a lot of money to fulfill his lifelong dream of having his own home and gallery to display his artwork. He is a successful artist in his own right, but of course that means nothing when having to deal with needing a lot of money. He goes back home, gets a job as an art teacher in a private school, and just manages to wreck havoc on his schedule and basically his whole life. What life? Between his job and his painting and packing and dealing with family and the Math teacher? He has no life!

Then we have Reese Cavelli. He is Linwood Academy's math teacher feared by both students and parents. He is unyielding and unforgiving. He is also socially challenged. He does not talk much and when he does, he limits whatever he utters to the job at hand, mainly teaching math. He also has a very short anger fuse and so can be a bit of a jerk when he finally opens his mouth. He is also very shy, so his being socially challenged is not challenging in the least. Figure him out yet?

When Cecil's work goes headon with Reese's math class, of course there is a whole lot of angst, a whole lot of words thrown about, a whole lot of kids looking at the exchange like they would watching a tense tennis match. Things get a little complicated when Reese gets aroused just by seeing Cecil (remember, he is a beautiful man) and gets to act the idealistic jerk when he does open his mouth.

This was an uncomfortable situation brewing between Reese and Cecil and I am here, the reader, wanting to just - ugh! - just do the heck something!

And then something did happen!

And it was like watching an accident happen! I could not tear my eyes off of the unfolding events!

And I was rooting for Reese to just get over the shyness, get over the frustrating drag of history that traumatized him. I just wanted him to feel the happiness that Cecil was obviously willing to provide and well too! Of course, I found myself cheering Cecil on, saying to myself, yes, do that, it will work. Then I cringe and realize, oops! big mistake.

If you still don't get it, well, Cranberry Pi is a read impossible to put down. Sure, there was a lot of frustration my end, but then again, if you read and find out the why of Reese, you'll know why I went on cheering for these two to finally get going and get their HEA.

An HEA they did get but I won't spill the how! :D 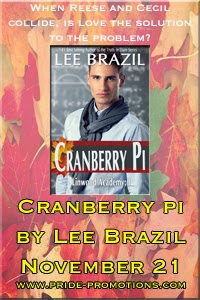 Posted by multitaskingmomma at 3:15 AM