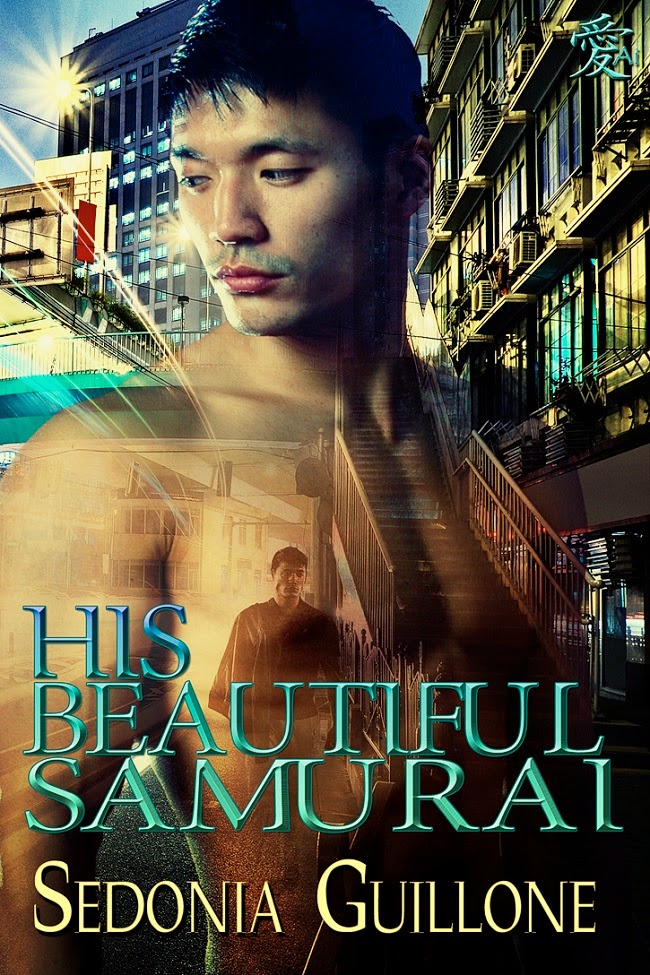 Sex and murder don’t mix but Detective Toshiro Genjin and psychic John Holmes do…John Holmes comes to Tokyo to help stop a killer. Through the use of his psychic abilities, he can help find out things that no one else sees. Toshi is a policeman who reluctantly accepts John's help, but from their first touch, John knows he wants more than that. He wants all Toshi can give him, and the heat between them surprises, and delights him.The modern killer, a historical murder of two samurai, and Toshi's need to honor other commitments combine to make the blooming love between John and Toshi difficult. And dangerous. The more deeply they delve into the past, the more unsure the future looks. Could the heat between them be the only thing that can solve the mystery, despite all of the difficulties that stand in their way? Can they find a way to keep what is most precious to them? Haunting and powerful, His Beautiful Samurai is a murder mystery, a romance, and a study in the supernatural. Get your hands on it today!

Boston, Massachusetts
“In other world news tonight, in Tokyo, Japan, a serial killer has been terrorizing the eastern portion of the city for the last six months.”
John reached out to switch off the set, but something held him back.
“The Ronin Killer, has been dubbed so by Tokyo Metropolitan Police because of the use of a samurai sword to spear his victims.”
John sat at full attention, uncertain whether it was the military man in him, or the empathic psychic. Old habits didn’t just die hard, they went kicking and screaming. He stared at the screen. Police were loading sheet-covered corpses, apparently two bodies together, into the medical van outside of what appeared to be a fancy hotel. The top of the sheet protruded upward, attesting to the sword. It was obvious the killer had skewered his victims together. Christ…
“The Ronin Killer, so named after the masterless samurai warriors of Japan,” the anchorwoman went on, “refers to the manner in which the killer chooses his victims, seemingly at random, and then murders them with a samurai weapon. Police have been frustrated in the efforts to capture the Ronin Killer before his next strike. Their only clue is the manner in which two victims are killed at once, either in an embrace or during sexual intercourse.”
“Damn,” John murmured, a sick feeling rising in his gut. He continued to watch the footage.
“Police Inspectors Natsuka Yamamoto and Toshiro Genjin of the Criminal Investigation Bureau have been on the case since the first victims appeared nearly six months ago. They refused to comment on the string of murders.”
The cameras zoomed in on the two men. They were leaving the building. A middle-aged, shorter man walked in front of the other detective, seeming to shield him, but the cameras managed to catch glimpses of the second detective. A few seconds sufficed for John to see that the younger man was slim and handsome. John’s heart sped up slightly. The detective’s ebony hair framed an angular face in sexy layers that curled over his collar.
John watched the screen, his gaze glued on the taller figure of the young detective until he was no longer visible. The segment ended and John switched off the set. He shook his head. There was a time when he would have immediately booked a flight to Tokyo and turned up at the police station, offering his services to catch the killer. Hell, that Japanese detective was almost good-looking enough to pull him from his rest cure. However, his nerves were still shot from the series of cases he’d worked on with police over the last few years. Four months hadn’t proved to be enough of a vacation. His hands had only stopped shaking in the last week.
He pushed the image of that guy from his mind, fighting back the nagging spirals of heat whispering about in his long-neglected groin area. John Holmes filled his days with walks in the park, counseling at the VA, and whatever leisure and athletic activities would keep him fit between reading trashy detective novels and staring into space. No antique stores for him, nor any other place where the lives of the dead could crash in on him. No touching other people so he could experience all their grief and anguish and learn their deepest secrets. He didn’t even take his reading material from the library or get it at used bookstores because he’d sense the lives of the people who’d touched the book before him. He was resting until his own soul told him he was ready again.

This is a truly intriguing read. Suspense-filled, paranormal, reincarnation, urban legends, you name it, this one has it. And it's based in Japan so there are samurais and swords. What more could I ask for?

John had taken a leave to save his sanity. Surviving the war he got his injuries and PTSD from, he work to a world he found scary and strange. Suddenly, he was a psychic and he could not filter the images out, hence the solitary life. When the serial killings in Japan hit international news, he new that his time was up. He was going to be needed to solve a crime that spelled supernatural.

Toshi may be a homicide detective but he comes from a diplomatic family and thus had an education in the US and could speak the language. This is really the reason why his captain sought his services to aid the psychic they desperately called to help solve their case. It only took one touch and both men knew that each was someone different.

John always sought the solitude from the images that attacked his senses so it was quite natural for him to seek Toshi's touch. The man's touch was different for it blocked him from the turmoils of the spirits around him. Together, the peel the layers of the case that had befuddled the authorities. As the two men work side by side, they realize that maybe, after all is said and done, they could have a chance? But first, they needed to solve the case and save the next targets: Toshi's fiance.

Wow. All I can say is, this is one read I fell in love with. Highly visual, scary at times, heartbreaking in the scenes involving the two samurai lovers, this is a read that I could not put down. This may not be horror, but it is quite violent in a samurai way.