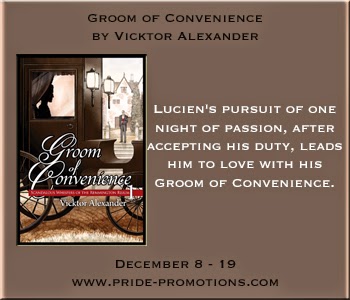 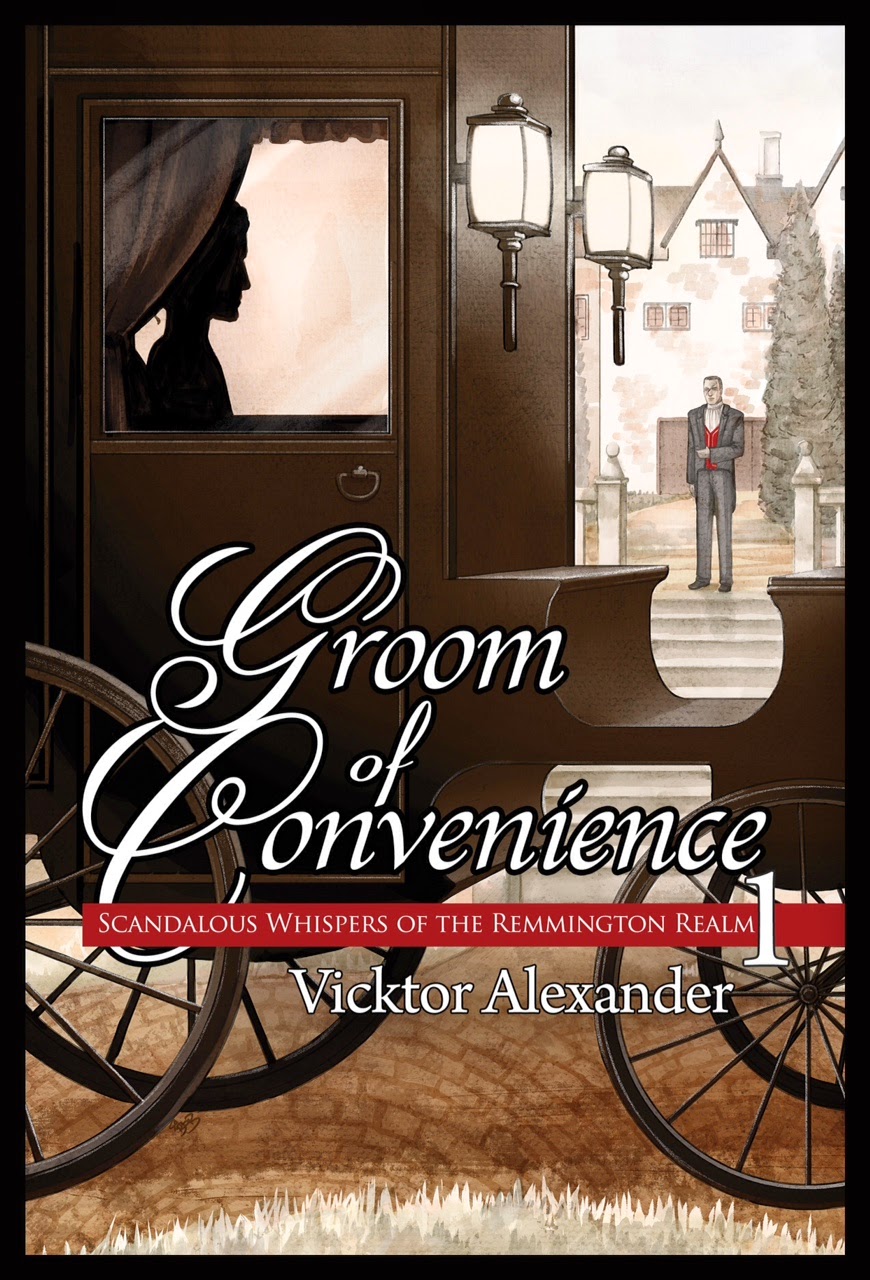 In an alternate universe, in the country of Angland, 1814, the gentry live lives of culture and class. It is a time of courtships, marriages of convenience, and titles, where scandal can ruin an entire family. Gender lines are blurred, and making a good match is of utmost importance. Children are born to men and women, which has led to the acceptance of same-sex marriages.
Lady Lucien Timothy Hawthorne is shocked and angry when he is betrothed against his will to Lord Heathcliff Eddington, III, the Duke of Pompinshire. While drowning his frustration at a popular gentleman's club, he meets "Robert," a gorgeous older man whom he sleeps with as "Timmy," regardless of the potential damage to his reputation.
After their liaison, Lucien corresponds with Robert via letters left at Remmington, and they decide to elope. Before they can get away, Lucien meets his betrothed, Heathcliff, who he is surprised to discover is also his beloved, Robert. Both men desire a marriage of the heart, but they find out that sometimes a marriage of convenience can turn into love under the right circumstances. But Lucien has a secret, and Tlondon isn't as safe as they once thought. 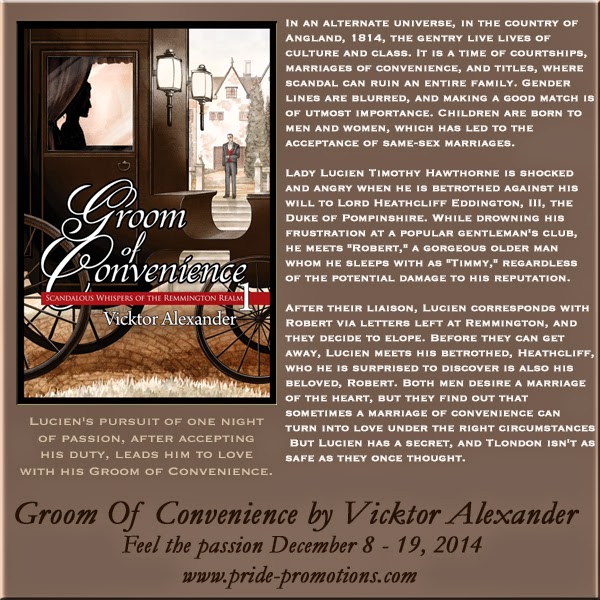 Lucien inhaled deeply and then began to softly sing “Ae Fond Kiss,” a popular Tscottish ballad written twenty years prior, sliding his eyelids closed, afraid of any negative reaction from his betrothed. His mother used to sing it to him every night before leaving for a ball or party she was obligated to attend. Rosemary would sing the song and then kiss the top of his head. Annabelle would be waiting at the door, and when Rosemary finished, thinking that Lucien was asleep, she would meet Annabelle at the door, and the two of them would share a sweet kiss and then leave. Lucien loved those late-night lullabies by his mother, cherished them, and when he went to bed, even at his advanced age, he would sing the song to himself until he would fall asleep.
Finishing the last note of the song, Lucien opened his eyes and looked at Heathcliff, expecting to find him asleep, only to find him looking at him in wonder. “What?” he asked. “You have a beautiful voice, Lucien,” Heathcliff told him. Lucien blushed and ducked his head. “Thank you,” he whispered. Heathcliff’s fingers under his chin brought his face back up, and he found himself looking into Heathcliff’s eyes. “Don’t do that. Don’t hide from me. Never hide from me,” Heathcliff told him. “You have a beautiful voice. One that has obviously been handcrafted by the very touch of God. The beauty of your voice is rivaled only by the beauty of your face, which does not compare to the beauty of your spirit.”

This is another Vicktor Alexander wonder and I just love it! I am smiling so goofy now, it is not funny.

As usual, we have an Alexander treasure of a world where there are no worries what gender a person needs to be to have a family of their own. This time, it is set in Edwardian England of the alternate universe. Instead of the planet Earth, we have Tearth and women are men, men are women, girls are boys and boys are girls and in between too.

Now, this sounds quite confusing doesn't it? But truly, it is not. This was so smoothly written there was no chance of confusion. How the author did this, well, he is Vicktor and he writes as he does: Talented!

Now, I used to be a Historical Romance freak and I am a history freak myself so how could I refuse this particular story written by one of my favorites? Especially as there is a weakness of mine involved, mpreg!

Imagine a story where a Duke has to marry someone for the convenience of having a child to take on his name and titles. He is mad, he is tormented, but he is resigned. On a last bid of freedom, he goes to the club and vows to have a last hurrah.

Imagine a young lady, Lucien Timothy Hawthorne, who is informed of his bethrothal to a Duke. For the convenience of family connection on his maldy's side, and to bear children for the Duke's side. He is mad, he is tormented, but he is resigned. On a last bid for freedom, he goes to a private club and vows, by hook or by crook, he was to lose his virginity to someone of his own choice. He meets such a man and wow! had a wonderful night.

Then the complicated unexpected happens. There is now the chance of a pregnancy. Both men are tormented but by some quirk of fate, they are so enamored with each other even if they had known each other for only a few hours and vows to do everything they could to be together. Even if they have to run off and elope.

Imagine an Edwardian novel but the men are women and the women are men. The lords are ladies and the ladies are lords. Where either male or female can bear young. When the intricacies of the Ton are just as jumbled as they were. When the intrigues of societal mores are just as politically driven as they used to be.

This was such an awesome read and I highly recommend it to all who love this author as much as I do.

P.S. Make sure to read the Glossary for there are secrets there you need to know. 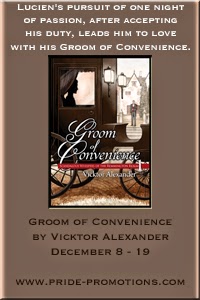 12-Dec
Charley Descoteaux
Wake Up Your Wild Side