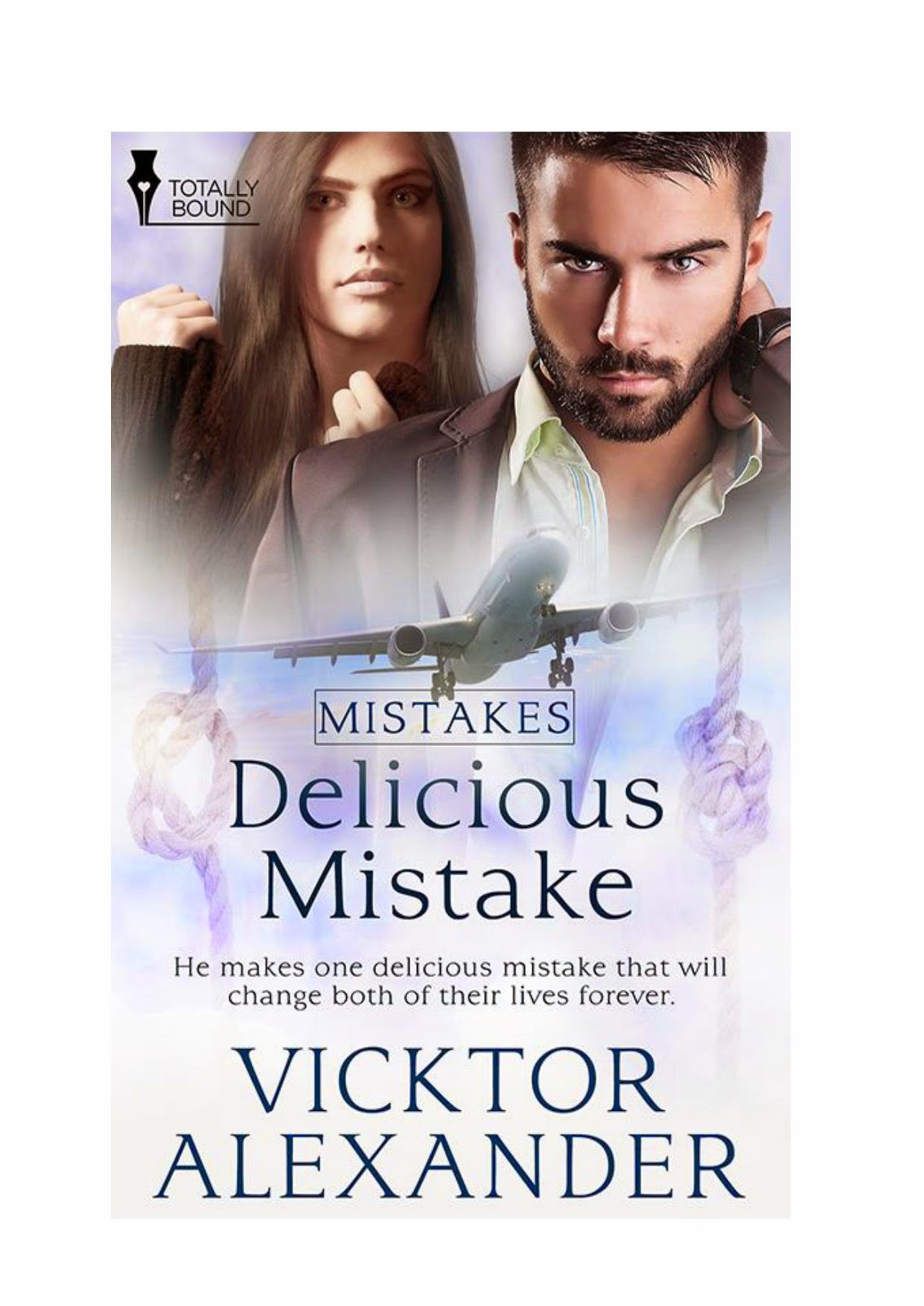 Miguel Rodriguez believes that love makes the strongest of men weak and wants no part of it, but when he meets Julian Canton, he makes one delicious mistake that will change both their lives forever.Miguel Rodriguez stood by his friend Xavier’s side when evidence of his affair with another man came out. He also stuck by Xavier when he disappeared from Atlanta and moved to the mountains of Wyoming. But he will not stand by Xavier when he decides to marry his young lover and still run for the Senate.Hopping on a plane to Wyoming, Miguel finds himself meeting Julian Canton, a young man who has no political ambitions and doesn’t even vote, and yet Miguel finds himself fascinated. Miguel makes the mistake of upgrading Julian’s ticket so they can get to know each other better and somehow finds himself in Riverton, WY, holding Julian’s hand as he says goodbye to his brother. Giving in to his attraction to the young man, Miguel struggles not only with his physical attraction but with his emotional one as well. When he compounds his mistake by inviting Julian along with him to talk to Xavier, he soon finds himself feeling something he has never felt before. Will he join his friend Xavier in listening to his heart or will he walk away?

Oh, this was delicious! As only the author could bake it and I smile goofy.

But wait: didn't he just accuse his best friend of doing exactly this same thing? Didn't he come all this way just to convince said best friend that his actions and deeds were illogical?

Miguel has fallen and he cannot get up. Well, not from the irresistible charm that is Julian. And definitely not when the young man needs his full support when he comes home to bury his older brother.

I am smiling :D  Another Alexander gem folks! Don't miss this one.

By reading any further, you are stating that you are 18 years of age, or over. If you are under the age of 18, it is necessary to exit this site.
Copyright © Vicktor Alexander 2015. All Rights Reserved, Total-E-Ntwined Limited, T/A Totally Bound Publishing.
‘I’m not just marrying Russell and running for Senate…’ Xavier’s words echoed in Miguel’s mind like a Justin Bieber or Miley Cyrus song—catchy, annoying, grating on his nerves and something that, once heard, played repetitively in his mind until he wanted to blow his brains out.
‘I’m marrying Russell and winning the Senate seat.’
Xavier Edmond was usually a very sane, logical man, but ever since he’d met and ‘fallen in love’ with some young graduate student named Russell Heter months before, he’d lost his fucking mind. In Miguel’s opinion, Xavier had been making one mistake after another. While he wanted his best friend to run for the Senate—hell, he’d been pushing for it for a long time—he also knew that Xavier trying to run for such a highly publicized position in politics with a man on his arm was idiotic. CWG, or Campaigning While Gay, was career suicide. Everyone knew that. Plenty of men made mistakes while they were in office—it was almost a prerequisite for the job—but being gay was one that Xavier wouldn’t be able to recover from. And it was one even Miguel couldn’t help him win with.
Miguel Rodriguez prided himself on being the best campaign manager in the business. He and Xavier had been together for years and had been friends for even longer. While he had all the faith in the world that his friend would make a great Senator, he didn’t think he would make a good gay one.
“Now boarding Flight three-one-nine nonstop from St. Louis, Missouri, to Chicago.”
Miguel looked up from his BlackBerry at the ticket agent’s announcement. That was his flight. It was time for him to get on the plane. Pressing a hand to his stomach in a fruitless attempt to settle the butterflies that had taken flight there, he exhaled slowly.
“Nervous about flying?” a soft voice beside him asked.
Miguel turned, prepared to answer politely, a ready smile on his face that quickly froze at the sight of the ridiculous beauty standing in front of him. He swallowed and prayed to every saint he knew that he wasn’t drooling all over his expensive Maceoo shirt. He’d spent a lot of money on his wardrobe and while the androgynous man in front of him was eighty shades of gorgeousness, there was no way to get drool out of silk.
He was slender, though Miguel suspected it was toned muscle, judging from the stranger’s forearms. And even though he was shorter than Miguel, it was only by an inch, putting him at about six foot two to Miguel’s own six foot three. His dark brown and blond streaked hair was parted down the middle and part of it flowed over one shoulder like a delicious waterfall of dark chocolate and caramel. Miguel wanted to dive in head first and inhale. His skin looked like smooth porcelain, fragile and priceless, and his face was thin and sculpted like a rare painting.
Miguel’s heart pounded even as his cock grew hard in his pants. He was shocked at his body’s quick reaction to someone he’d only just looked at and hadn’t even introduced himself to yet, especially in such a public setting. Shaking his head at himself mentally—completely disgusted with his behavior, especially with the lecture he was on his way to deliver to Xavier—he squared his shoulders and smiled again.
“I think it’s the loss of control,” he confessed. “I don’t really like not being the master of my own destiny.”
The man nodded and bit his lower lip. “I guess I can understand that. I know the reference anyway.”
Miguel quirked an eyebrow. “Do you not have an issue with giving up control?”
The stranger blushed. “Not especially. No.”
A slight shiver of awareness passed through Miguel’s body as he realized what the seductive man was telling him. He’s a sub.


Posted by multitaskingmomma at 2:30 AM