James grew up in South Africa and immigrated to Christchurch in Aotearoa several years ago, where he lives with his wonderful partner. He has been a writer since his early teens, and has written numerous screenplays and short stories for his own enjoyment. His professional career began with working in IT and he has since moved into healthcare. When he isn’t hard at work writing, he’ll either be seeking inner Zen at a Body Balance class or trying to satisfy his insatiable appetite for good film and television. 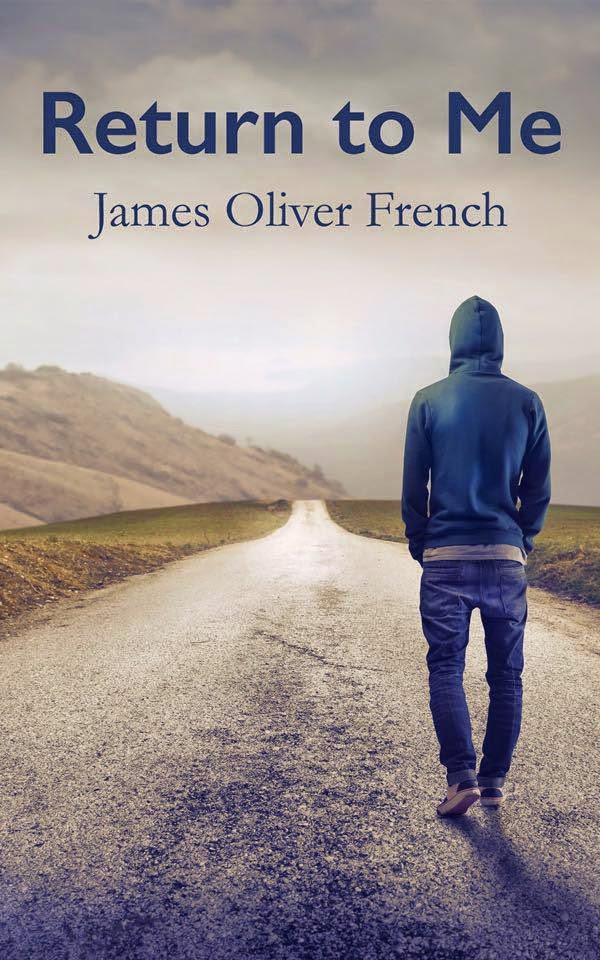 What would you do if the man you loved vanished without a trace?
Kyle and Todd meet at a party in their freshman year at college. They fall in lust at first sight, then deep in love. In spite of Kyle’s melancholy past, their future together looks bright. Then Kyle disappears, leaving Todd heartbroken and alone, and their dreams in ruins. Fifteen years later, Todd is a successful but lonely psychiatrist. He still hasn’t come to terms with the loss of his first love. When a dangerous amnesiac arrives at the hospital, Todd is forced to confront the past, and is driven to find answers to the questions that have haunted him all these years.

Review by multitaskingmomma
My Rating: (5 of 5 Stars) 5
The Multiplier Rating Takes Effect

Before I begin with the review I need to point out that this is not an MM Romance even if the tag says that it is. This is a Gay Fiction with a dash of the Sci-Fi. Overall, it is a bittersweet story of the What Ifs that could have been realized but was cut short and brutally.

There are two parts to this story. The first part is narrated from Todd's point of view on how he meets, falls in lust, then loses his heart to a young wrestling scholarship college boy named Kyle. These two boys were two peas in a pod but they come from totally different backgrounds. Todd comes from a very loving and accepting family while Kyle comes from a supposed traditional-religious family who kick him out of house and home once they find out he is gay. When the two meet, they connect and become the couple that everyone envies. They were in love, they had communication and they had plans for a family life with maybe two kids in the near future. They had it all mapped out.

Then Kyle fell from the face of the earth leaving Todd in limbo that lasts fifteen years.

The second part is the future and Todd is a successful psychiatrist but relationship-wise, he is disconnected. He is thirty-five but has yet to find someone to share his life with other than his two best friends and immediate family. In short, he is financially secure but his personal life was floating.

Meeting Simon at a medical convention was unexpected and for the first time in almost two decades, Todd thinks he may be on the mend. Then the shoe drops and Kyle reappears in the form of John Doe, a violent psychiatric ward of the state. Suffering from brain damage, this new Kyle holds no memories save a few scraps of the here and there. He also cannot hold on to new memories so is trapped in that here and there. At first, Todd is hesitant to treat him as a patient but his need for closure spurs him to break the rules and protocols and does everything in his power to solve the mystery of Kyle's past. When a medical breakthrough is made available, he reaches out to it.

And this is when the heartbreak, for me, begins.

Todd's need for closure is met but not at the cost he had to pay. Just when the mystery could have been solved, the harsh realities snatches whatever hope he and Kyle could gain. His search for the truth directs him to a path that would vindicate and bring justice to Kyle.

As for Simon, Todd's distraction may just lose him his first real sense of a happy future.

Despite the plot that honestly scared me to death, the book cover that sent my imagination to go amok, this was a surprisingly light read that got my goofy smile on after reading the first part. The end was unexpected and yet gave the closure much needed but I am a blubbering idiot now typing out this review, tears running down my face. The sense of happiness and loss are warring over me but I think this is exactly how the author intended it to happen.

No, this is not purely MM Romance, this is more Gay Science fiction. It is also one of the best I have read this year and there have been quite a few to choose from.

To get a chance to win an ebook copy of Return To Me, leave a comment below and don't forget to leave your contact email address.

We will randomly pick 1 lucky commentator and James Oliver French will email them their ebook version of choice.