Elizabeth Coldwell is the author of numerous short stories and two full-length novels, 'Calendar Girl' and 'Playing The Field'. Her stories have appeared in the best-selling 'Best Women's Erotica' series and Black Lace's popular 'Wicked Words' collections. Formerly the editor of the UK edition of Forum magazine, she now contributes a spicy monthly column, 'The Cougar Chronicles', to its pages. When she is not busy writing, she is an avid supporter of Rotherham United Football Club and can be regularly found on the terraces at weekends, cheering her boys to victory (hopefully!). 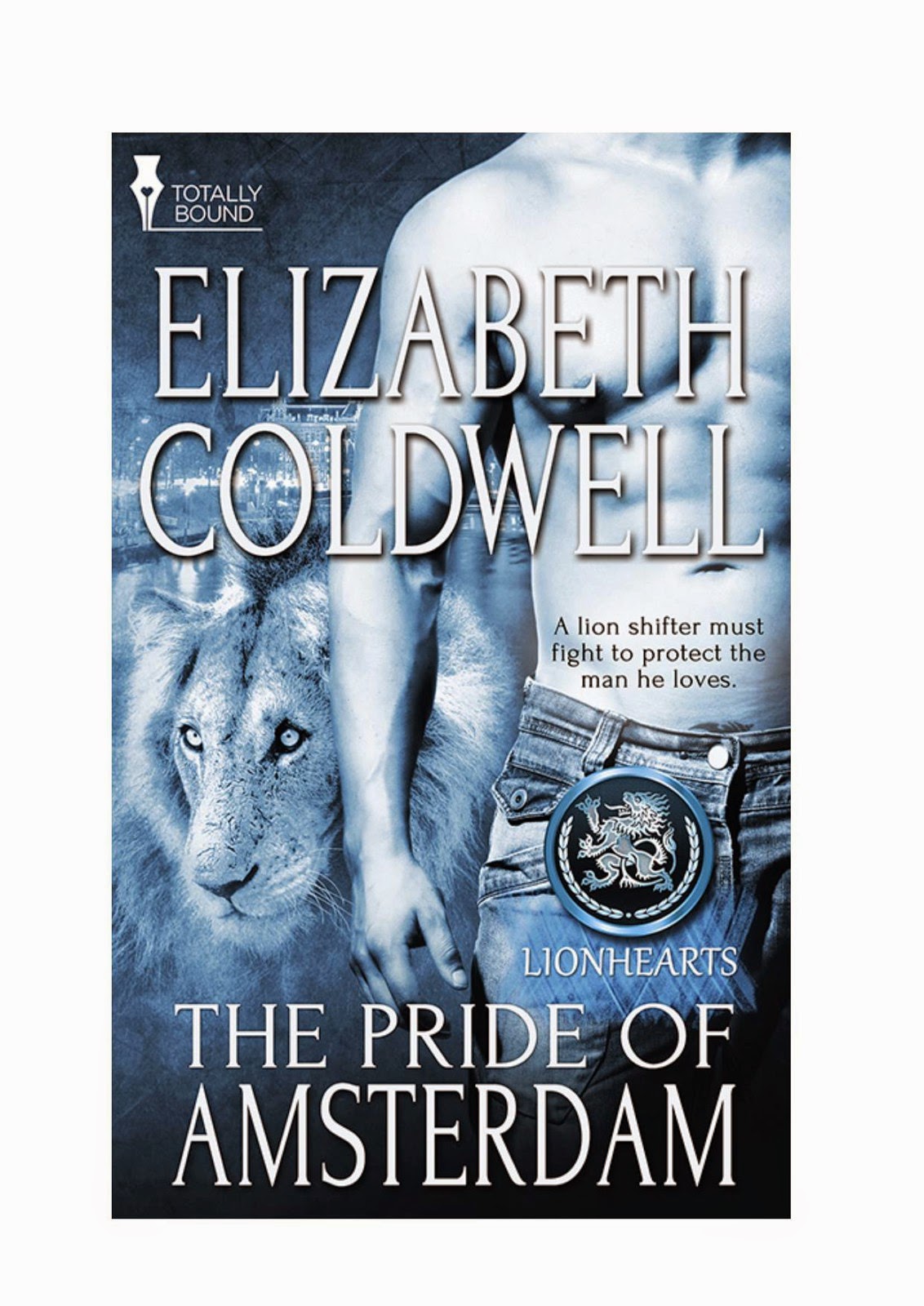 This is book one in the Lionhearts series
When an ancient enemy is summoned to destroy his pride, a lion shifter must fight to protect the man he loves. Kees van der Veer has never forgotten the mysterious stranger who seduced him on Millennium Eve and who promised that when the time was right, they would be together again. Returning to Amsterdam after fifteen years away, he is reunited with that stranger, entering into a world of love and danger he could never have imagined. Arjan is a lion shifter, part of a pride who has lived in Amsterdam since its Golden Age. He has spent fifteen years regretting the need to drive his destined mate away after one night of blissful passion. But only once they meet again can he reveal to Kees the truth of his heritage. When an old enemy is summoned to destroy the pride, Arjan must act to protect not only his family but also the man he loves. Reader Advisory: This book contains scenes of light BDSM and food-play.

By reading any further, you are stating that you are 18 years of age, or over. If you are under the age of 18, it is necessary to exit this site.
Copyright © Elizabeth Coldwell 2015. All Rights Reserved, Total-E-Ntwined Limited, T/A Totally Bound Publishing.

The author is new to me but I was delighted to have discovered someone who could really spin a mysterious tale and kept me guessing until the very end. Yes, I did think of several suspicious characters but never really settled on one until ... yes, the very end.

The Pride of Amsterdam is the first of a series about a pride of lion shifters which had settled centuries ago in the city of Amsterdam. They took part in Amsterdam's success story all those years ago when the shifters lived in secret but right out in the open and were involved in the city's merchant sector. Those days were good but soon turned sour when jealous humans decided the shifters they knew of were too successful. Those were the days when the De Jager was born.

This story starts out in 1999, when the doomsayers were predicting all sorts of things negative and Kees van der Veer's life changed. It was on that night he meets a mysterious stranger and lost his heart. When the stranger leaves him, he moves on to a different country and then another until, fifteen years later, we open to see Kees a successful trouble shooter who finds and identifies corporate spies and thefts. He is called on an assignment and now he finds himself back in the land of his birth working for the very same man who broke his heart.

Arjan never gave up looking for Kees, his mate, and when he found him again, he immediately calls for help. The need is legitimate: there is a hacker working as a mole in his company and it is causing him money and reputation. He not only needs Kees in an intimate way but he also needs the man's expertise. The assignment is simple enough but getting involved in a spree of murders was not something Kees thought to find himself in. As he and Arjan struggle to find the hacker and the killer, they also must settle their personal affair.

This was a right good read and as I said earlier, it kept me guessing till the last on the 'who' for both killer and hacker. The romance between the men was not really there for this is a shifter/mate story. However, Kees holding on to his independence and logical thinking did not ruin this to give way to a well-known formula. That was the part that kept me interested till the very end.

As this is the first of a series, it is obvious that there are some loose ends which were left there on purpose for us readers to discover in the next installments. The best part is, I really like these two men and the way their story developed. It is a given: I am following this series and these men until I find the answers I am seeking.