NJ Cole is the author of five published books, Midnight Caller, Midnight Eternal, Landslide, Second Chances and Yes, Mistress. Unlike many of today’s authors, she chooses to write in first person, allowing the readers to experience life through the eyes of the unique characters that live in her head. Her love of those characters and respect for their stories come through loud and clear in her writing. With over two million reads of her online work in the past year, NJ Cole is clearly an up and coming author.

Congratulations, NJ Cole, for the upcoming and much anticipated sequel to Yes, Mistress called Yes, Master. Speaking of Yes, Master, there is a special present within this post for the true fans of Miss Cole.


The talented NJ is a successful author who has published five incredible five star books. She writes in the first person POV to allow the readers to experience the sensuality of her characters. If you haven't read any of her books, now is your chance to become acquainted with the queen of classy sexual desires.


Click on the Publication Date to purchase a book that will sweep you away.


Synopsis: Rebecca Summers enjoys pleasing herself with the curtains open. When a mysterious stranger calls to tell her that he is watching, fantasy becomes reality as she begins to perform for him. Following his instructions over the phone while he watches from afar, she finds herself craving more. Oliver Durant has always been drawn to humans to exert the dominance and control his kind needs to feel alive. While secretly observing her and calling nightly, he can’t seem to get enough of Rebecca, whom he refers to as butterfly. His urges with her are stronger than the need to dominate, as he is driven to possess her in every way.
Both of their worlds are turned upside down when they finally meet and she agrees to enter into a Dominant/submissive relationship with her Midnight Caller.


Excerpt: I knew it was just a matter of time before I would claim this woman as mine, and what’s more, she would beg me to take her. 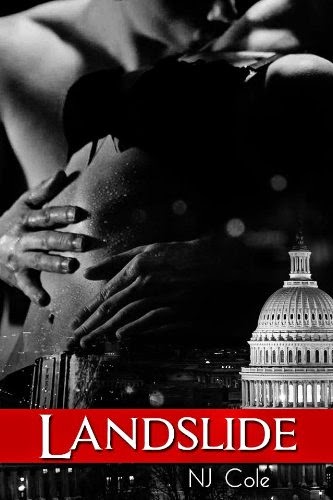 Synopsis: Senator Maxwell Joseph has it all—money, power, and good looks—the trifecta when it comes to attracting the ladies. He even has women willing to be tied up, spanked, and completely at his mercy, all while calling him Daddy, fulfilling his secret fantasy. On the night of his thirty-fifth birthday, Max finds a goddess waiting for him in his hotel room. She is beautiful, sexy, and very willing, yet the fruit she offers is very forbidden. Not only is she barely legal at nineteen, but she also happens to be the daughter of his best friend and political advisor. Mackenzie Wade has had a crush on the senator for years. When an overheard phone call affords her the opportunity she needs to make her fantasies a reality, Kenzie jumps at the chance, offering herself as a birthday gift. Throwing caution to the wind, Max gives in to temptation and gives them both what they have been yearning for—a night filled with ropes, floggers, and toe-curling sex. Although satiated, one night of passion isn’t enough for either of them, and they begin a clandestine affair. For Maxwell, the solid ground on which he’s built his career starts to shift as his hopes and dreams for the future begin to change. In what can only be described as a landslide, Max holds on tight to the only thing that he can—Kenzie. He goes on the ride of his life, knowing all along that in the end, he may have to make a gut-wrenching decision between the woman of his dreams and a path to the White House.

Excerpt: There were a million reasons I shouldn’t do this. She was barely legal. She was the daughter of my top advisor...and best friend. I wasn’t prepared. We didn’t have any sort of contract. I had no clue what her limits were. It just seemed wrong, yet all of that flew out the window when she looked up at me and licked her lips.

Official Review by JJ on August 30, 2013: Wow! I think really that is all I can say!!! I thought this was going to be just a quick silly read with lots and lots of hot domo sex, but what I got was so much more. Wow! There was so much heart in this book it blew me away. Again, just WOW!!!! A must read if you like a hot, HOT romance with an alpha male, a strong female heroine and a HUGE heart! 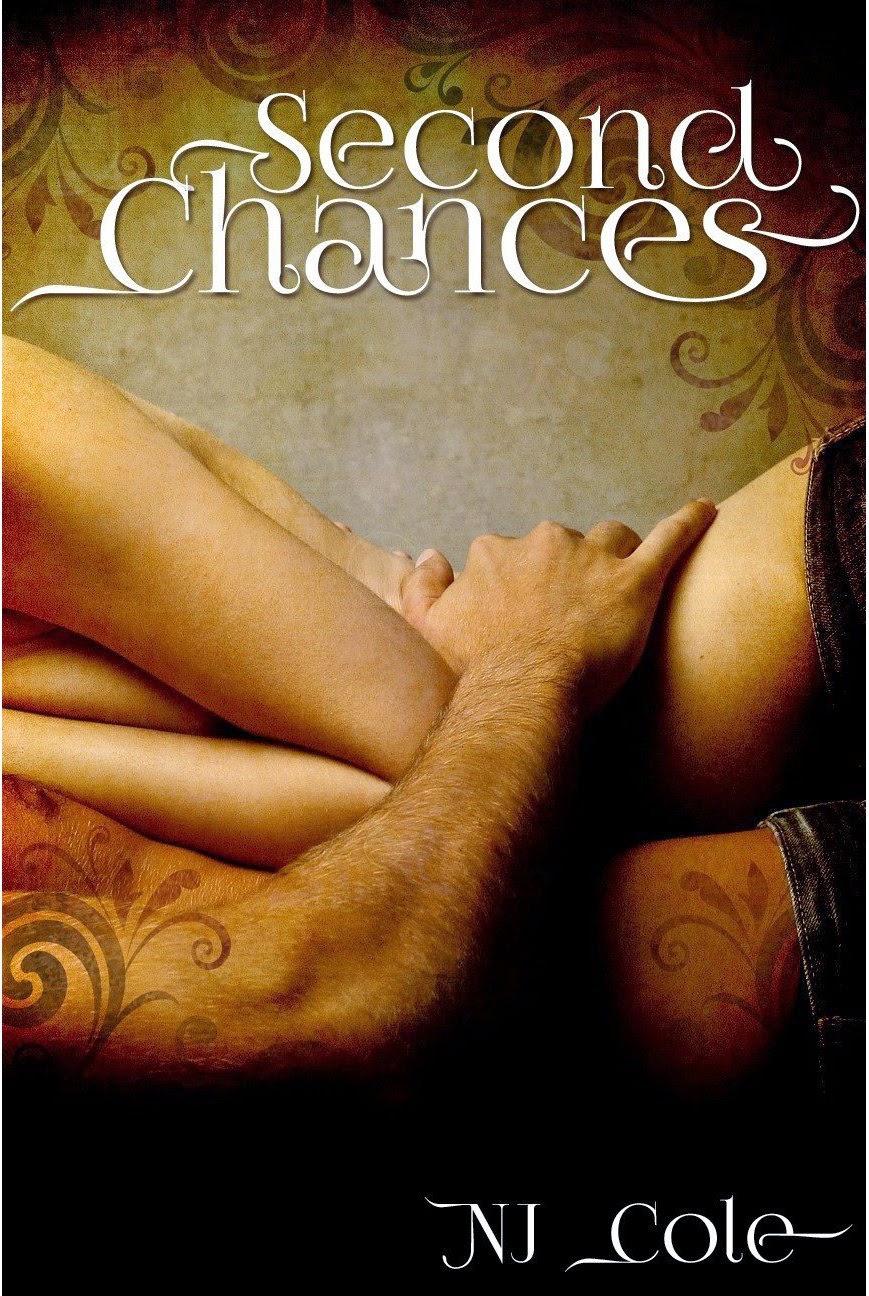 
Calla Moretti married her college sweetheart, Bill. Married life was great at first, but as his career had her dropping out of college and moving away from her family and friends, Calla struggled with her role as a wife and homemaker. Stress, due to infertility and Bill’s affairs, had the marriage on the brink of failure. When she drives home in the middle of a thunderstorm and spots first a broken down motorcycle, then the sexy rider, she decides to take a chance and offer him assistance. Realizing fate brought her together with a man who could give her the one thing her husband couldn’t—a baby—Calla decides to take a chance.One romantic night, one big lie, will it save her marriage or fill her heart with more emptiness? Will this be the answer to her prayers? In life, are there truly second chances?


Official Review by Margaret: NJ Cole always seems to captivate me with her stories and this one is no different. I love the taste of forbidden in this book. I mean who doesn’t fantasize about a steamy sexy encounter with a hot man? Definitely worth the read!!!

Excerpt: “Am I hurting you?” he whispered. I shook my head, maintaining eye contact. “Then what is it, my butterfly? What is it you need? Speak.”
I blinked once, then slowly opened my eyes, looked directly into his, and moaned, “More. I need more.” He gave me what I wanted. Pulling all the way out, he entered me again quickly and with much more force.
“Yes,” I groaned, my eyes rolling back in my head. “Mmmmm, yes.”


Official Review by Picard: Midnight Eternal picks up where Midnight Caller left us and was well worth the wait. I'm not going to give away much about the plot, but I will say that Bec and Oliver are hotter than ever. Sizzling hot! The story line was engrossing and the characters grow with every page. 10/10 would recommend, but this is definitely not a stand-alone. Read Midnight Caller first. Read anything by NJ Cole. Now officially one of my auto-buy authors! 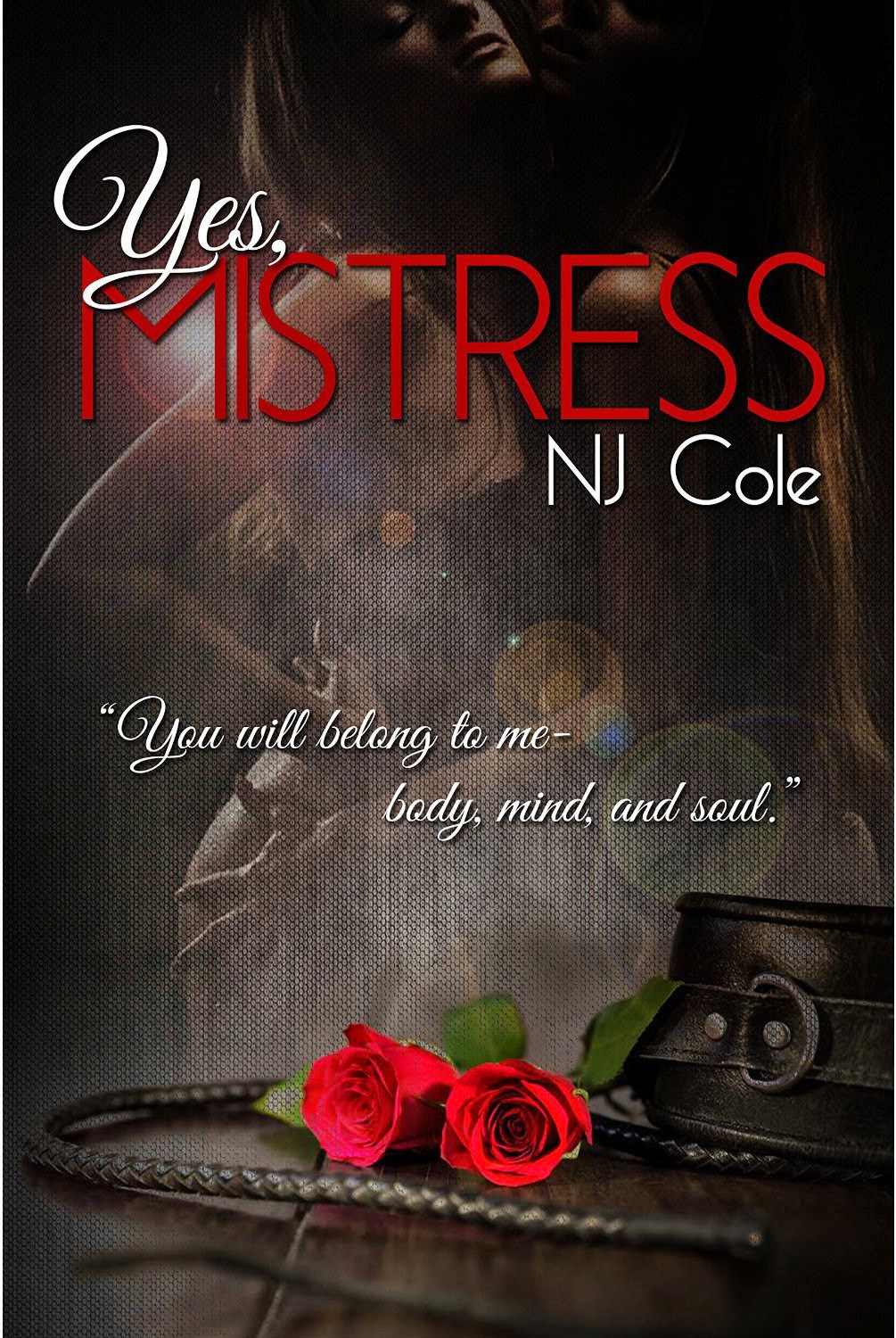 
Excerpt: “Fuck, Mistress!” I listened to her pant and moan as her body shook, almost as if she wasn’t in control of it, until finally she collapsed on top of me in a lifeless heap.

Enjoy this special sneak peek of the anticipated and upcoming novel, Yes, Master.

His words made butterflies erupt in my stomach and seem to fly out from between my legs. “Are you, Mary?” he repeated.

“Then be a good girl and use your hands to help me with this little problem.”

I’d never actually given a hand job before. I’d used my hand to get a guy hard but never long enough for him to finish. “I, uh … I don’t know what to do.” I felt my cheeks blush.

I trembled as I brought my hand up and down his shaft. “Rub your hand over the head, good girl,” he groaned. I did as he told me and was surprised when fluid leaked from the tip instantly. “It’s been a while,” he said by way of explanation, and warning apparently, because not two minutes later he groaned, “You’re going to want to get a tissue, good girl.”

I leaned forward to get a tissue from the night stand on the other side of him. I was still jerking him off with one hand, and because it was such a far reach, when I stretched for the tissue, my breast touched the head of his penis. Colton let out a strangled yelp, and before I could even pull back, I felt something warm and wet on my blouse. I stood up quickly, but apparently, he wasn’t finished because several more streams of the warm fluid shot into the air. One landed right in the middle of my shirt, and the other fell onto the back of my hand that was still gripping him firmly.

“Motherfucker,” he grunted as the last stream shot from his body.

Yes, Mistress Review by Ramona
My Rating: 4.5 out of 5 Stars

In all honesty, I don't go for FF novels, but I will read them if they're written well. NJ Cole has crafted Yes, Mistress so nicely that I have no complaints at all and would even say it's given me warm, fluffy feelings. Surprise!

Normally when "Domme" is mentioned, people think of women with male submissives - well at least I do. Having not read the blurb of this novel (I'd been asked to review the series' second installment, Yes Master, and wanted to do the first as well), I was a bit surprised when it turned out to be an FF. While it's not my usual, the great love and compassion between these two women made it real for me.

Violet is a shy, unassuming sub who considers herself little better than a pain whore. While she's not abused at the club by the two Doms who run it, Em instantly senses an abusive background affecting her outlook on living. Violet is similarly attracted to the new Domme and makes a decision to take a chance.

Despite M's tough exterior, Em herself is a warm individual to the point of giving Violet whatever she needs to be happy. From bringing in a member of her family to her home to standing up to Violet's abusers, there is that protective streak making itself very obvious that there is a deep sense of care for her sub. This goes beyond the casual Domme/sub relationship because Em is willing to explore any and all options to make her Violet happy. It's not just the intimate physical actions that matter for Em but Violet's emotional and psychological happiness, too.

Colton's story is next in Yes, Master and I can't wait to get my hands on it! There's not too much about him in the first installment but I can also see that he's another kind man, albeit a little more forceful than Eric as a Dom.