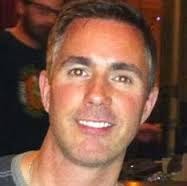 Will Freshwater was born and raised in a small steel town outside Pittsburgh. He graduated, cum laude, from Boston College and was awarded a Juris Doctorate from the
University of Pittsburgh School of Law. Will has lived and worked in Boston,  Philadelphia, Washington, DC, and Tampa. Although he has spent the better part of the
last twenty years working as a successful corporate attorney, Will can happily confirm that his true vocation is writing. He currently resides in Morristown, New Jersey with his
husband, Stephen, and their golden retriever, Rory. Favorite Son is Will's debut novel, and he is hard at work on his second novel. 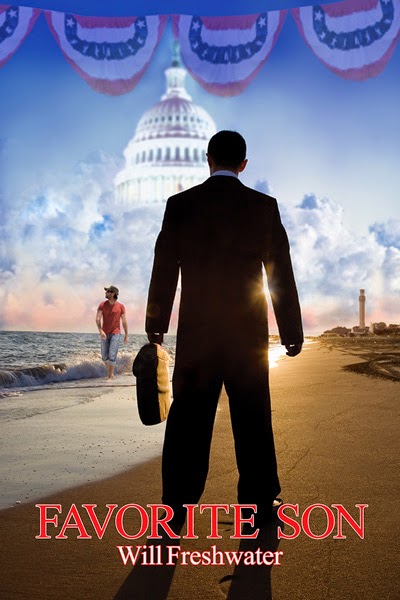 Born into a blue-collar family, John Wells beat the odds and came out a winner. As chief of staff to Patrick Donovan, a US senator and aspiring presidential candidate, he enjoys all the power and privilege of a DC insider. But while riding high on a wave of success, he’s blindsided by a series of betrayals from the people he trusts the most. In the space of a single day, John's perfect life unexpectedly unravels when his career falters and his marriage implodes. Following a final, devastating blow, John assumes a new identity as “Peter” and flees to Provincetown, where a tight-knit community of eclectic characters slowly transforms him.
Peter finds himself drawn to Danny Cavanaugh, an enigmatic carpenter who is struggling to come to terms with his own troubled past. As they work together to renovate a local landmark, the two men forge an unlikely friendship that blossoms into love and becomes the foundation for a new life they hope to build together. But when a reversal of fortune pulls John back to DC, the treacherous world of politics he thought he’d left behind threatens to destroy his chance at true happiness.

John Wells is the chief of staff of one US Senator who relies on his every decision to make his office work flawlessly. On to his arm as assistant and best friend is the Senator's daughter. When Senator Donovan drops a bombshell of a decision based on the recommendations of a sneaky PR consultant not only does John lose his job and position, he loses something else entirely. And this kind of breaks him.

In comes Peter Wells. Peter is John, and John is Peter. He is really the persona of John when he wants to shed all of the political intrigue-filled world he lives and works in. When John breaks, Peter took over and for once in their lives, there is a sense of settlement.

Peter finds himself living in a small town and in a relationship with friends who do not have intrigue stamped into their psyche. He also gets into a friendship with carpenter Danny Cavanaugh whose secrets and troubled past Peter understands and does not question. As the two men from different worlds start a friendship looked down upon by John's acquaintances in DC, Peter finds himself happy and well adjusted for the first time in his life.  Unfortunately, the real world comes back with a vengeance and so now we have Peter faced with a difficult decision: to be Peter or to be John.

I found this to be a beautiful read but I am also of the thinking this is not something that would be easily accepted by others. It makes the reader think, rethink, then think over again and ask numerous question. This is a type of book with no real ending. Yes, this does end with an HEA or HFN, depending on how the reader interprets it, but I was left with the feeling that had this ended in another way, it would still work.

Challenging. Intriguing. This is a great book.


To get a chance to win an ebook copy of Favorite Son, leave a comment below and don't forget to leave your contact email address.

We will randomly pick 1 lucky commentator and Will Freshwater will email them their ebook version of choice.