Vanessa Skye has always had a love of words and spent her school years writing poetry, speeches, and fictional essays.

After completing a Bachelor of Arts in print journalism and studying psychology at Charles Sturt University, Vanessa got a job at Australia's largest publisher of regional and agricultural news and information, Rural Press, where she worked as a journalist in the central west of New South Wales for four years.

Thousands of stories later, Vanessa decided to move back to Sydney and try her hand at public relations while studying for a master’s degree in communication.

Skip forward a few years and Vanessa was once again joyfully studying various psychology subjects while managing a Sydney public relations firm. Enthralled with examining the motivations behind people’s actions, Vanessa realized what she really wanted to do in life was combine her love of words with her fascination for human behavior. So Vanessa quit public relations to begin the significantly more impoverished life of a professional writer.

Inspired by a recurring dream, Vanessa wrote her crime fiction debut, The Enemy Inside, which challenges the concept of justice, asks if the need for vengeance sometimes justifies murder, and explores whether you can ever heal from childhood abuse. Broken is her second book in this series. In her spare time, Vanessa wrote a short story, The Piece, which was published in February 2012, by Dark Prints Press as a part of the 'One That Got Away' dark fiction anthology.

Vanessa now works as a freelance writer, lives in Sydney’s northern beaches, and tries to immerse herself in salt water at least once a day.

Book 3 of Edge of Darkness Series

Following the acclaimed debut of The Enemy Inside and its sequel, Broken, comes the stunning conclusion to the ‘Edge of Darkness’ series by investigative journalist Vanessa Skye, Blood Lines.
Detective Alicia “Berg” Raymond is lying. She’s lying to the Chicago Police Department, to her boyfriend, Captain Jay O’Loughlin, but most of all, she’s lying to herself—about her past, her future, and her ongoing addiction.
As Berg investigates a series of brutal rapes and sinks under an ever-increasing caseload, she finds herself juggling every aspect of her life—finding justice for victims of crime, keeping her own sordid past buried from her colleagues, struggling with blackmail that threatens to push her over the edge, and protecting her lover from the details of all of it.
Wrapping her damaged head around living in a state of domestic bliss she’s certain she doesn’t deserve, Berg is driven by the need for justice and a determination to stop a rapist before any more innocent lives are ravaged.
But when enemies from the past threaten her present, she is once again vulnerable to the demons that have plagued her every day of her life.
It’s only a matter of time before her lies unravel and the fairy tale she’s finally started believing implodes . . . but the biggest threat of all, as it turns out, is her very own bloodline.
Can she save herself, and the casualties of crime, from the lurking darkness waiting to strike, or will her own mistakes drag her under—this time for good?

Bloodlines exceeded my expectations, Vanessa Skye! I had read the first book, The Enemy Inside, but somehow missed the second, Broken. Yet, I was able to understand and get into the final installment with minimal problems in the beginning. By mid-story, I was reacquainted with the original characters and also on good terms with the new ones. Not often a crime/suspense series is written with such brilliant continuity.

Alicia Berg seems to be a better version of herself - on the outside. Inside, there is still that struggle to keep herself from getting the punishment she feels she deserves. Yes, she is a masochist but for all the wrong reasons. Or not? Maybe all those rumors about her "helping hands" are true?

The Jay I knew and loved in the beginning seems to be all but gone. What happens screams of a desperate man, not the confident, positive, good cop he started out as. Yes, he loves Berg, but have her actions pushed him too far? I could only hope he was strong enough to redeem himself as well as Berg.

There is no way I could have predicted what was to come next. To say I was as confused and clueless as the characters themselves would be an understatement. Those twists kept coming and didn't stop! Since it doesn't happen that often to me, by the time I reached the third or fourth red herring, I finally gave up and went along with Ms Skye's ride. No more guessing, and I had tons of fun.

Well, as much fun as could be had with a gritty, bloody, violent story of a drug lord that stops at absolutely nothing to establish his place in the city. There's no censorship here, everything is described down to its last detail almost as if you're watching an R-18 action movie. I was looking for signs of bruising and stray droplets of blood by the time I was done.

Alexander, though, seemed a tad too much. While I admire his brain and how it worked, he was a little much immortal and omniscient for me. I would think that even if he had that many tendrils of information he would slip up somewhere. Sure, Berg surprised him but considering how he got things done, he should have just been finished with her at the outset. He was over the top slippery for me. His character worked, don't get me wrong, but I was looking for flaws and only found one. Thankfully for Berg, it was enough, but still. He was just that short of unbelievable.

The others, especially Arena, were the best supporting characters you could ask for. That Arena could have a series of his own, in my opinion, and I'd be in line to read it!

I wish Vanessa Skye didn't need to end the Edge of Darkness series with Bloodlines. I wish there was more, but I'm willing to settle for any more books that she decides to churn out. And I hope that time comes very soon.

Be sure to look for Book One-The Enemy Inside and Book Two-Broken well! 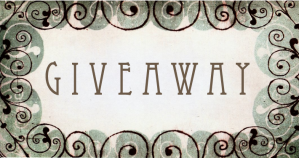 "So good! As with the previous two books in this series, I absolutely loved it. The pacing was great, there was nice dry humour to lighten the very dark tone, and all the characters completed a satisfying arc from books one and two. Berg in particular is fantastic – I loved that she didn’t completely go back to her old ways when she was at her lowest, and the ending leaves us with hope for her future. "  - Andrea 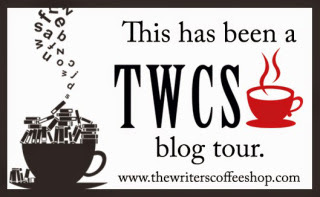