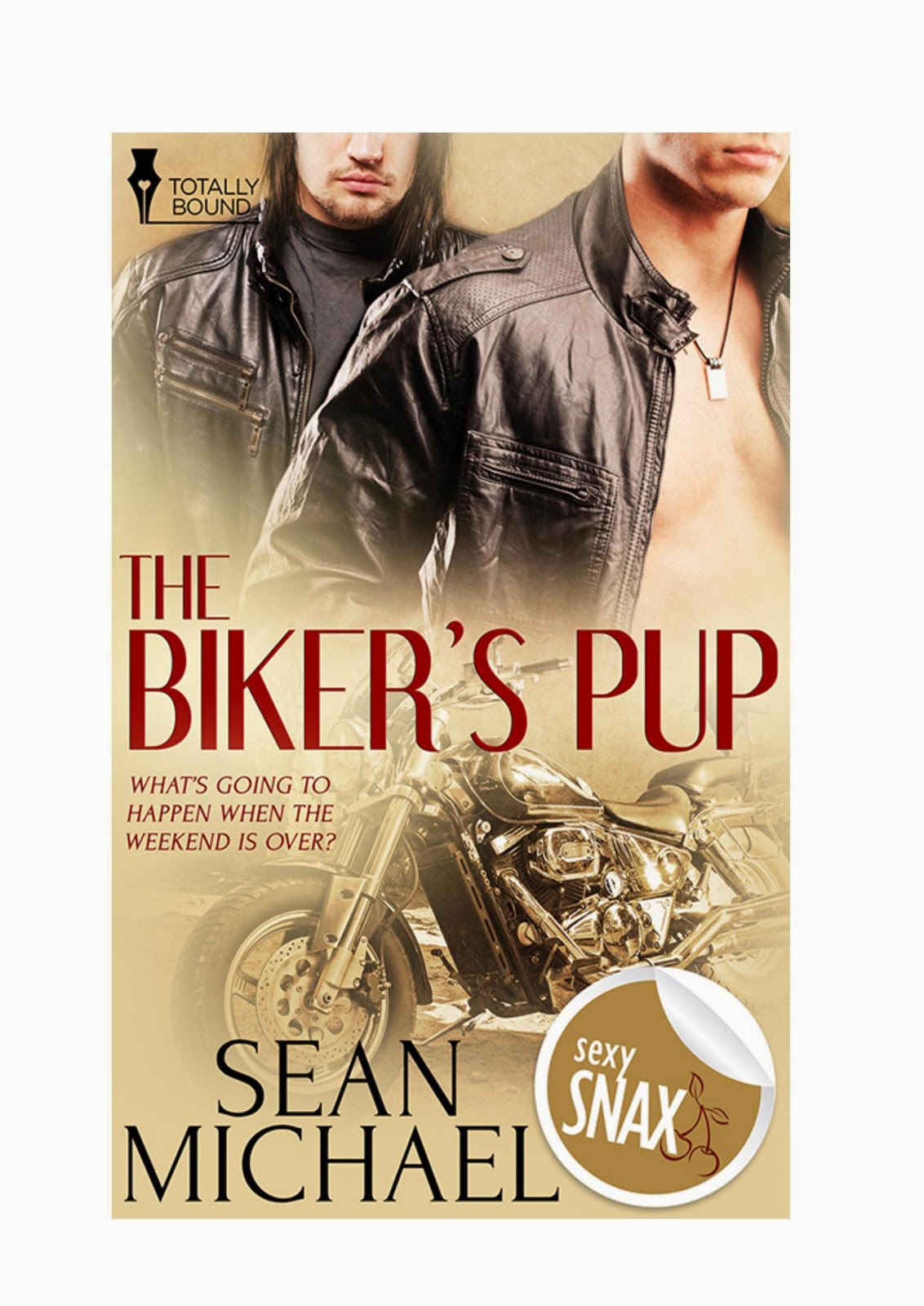 Whip came to the Gay Riders Carnival fundraiser weekend looking for a good time, but what he found was infinitely better.
Whip always has a good time at the Gay Riders Carnival, and this year he’s hoping to meet up with some studs and top last year’s festivities. The last thing he expects when he walks into his cabin is to be nearly bowled over by a skinny lad with a bruised jaw.
Nick came to the Carnival with his so-called Master Dirk, but instead of having a good time, things moved quickly from bad to worse and Dirk responded to his safeword with a punch. Running away and hiding was Nick’s only option.
Broke, alone and not entirely sure how he’s going to get home, Nick thinks Whip is a dream come to life and he’s just waiting for the other shoe to drop. For his part, Whip is drawn to the sweet pup and falls hard for Nick over the course of the long weekend.
But what’s going to happen when the weekend is over?

I have to admit the first few pages of this book had me a bit wanting for more but then the plot developed and I got hooked. This sounds like a simple BDSM thingy with the usual pup and master mix but it really is not that simple once you get to read about how both Whip and Nick meet, how their mutual attraction for each other develops and how, just like in a fairy tale, Whip is the gentle giant of a bear of protects his pup with his band of friends to help him along the way. They teach the misbehaving bears how not to treat their pups and along the way, they manage to make sure that Nick would never want for anything more.

No, this is not a shape-shifter story. This is really about a biker dude who meets his one and only in a smaller man who narrowly escaped bodily harm or even death. Nick had escaped, a miracle by itself, the hands and nails of his master and friends. His hiding out in a secluded cabin way at the very back landed him within the protective custody of Whip who came to the Gay Riders Carnival for a little bit of fun and left with a forever kind of love.

This is a short story and is just that perfect little snax to relax with in bed or on the sofa for a few hours (one in my case).

By reading any further, you are stating that you are 18 years of age, or over. If you are under the age of 18, it is necessary to exit this site.
Copyright © Sean Michael 2015. All Rights Reserved, Total-E-Ntwined Limited, T/A Totally Bound Publishing.

Whip pulled up into the parking lot of the campground, grinning as he looked around. Bikes from one end of the parking area to the other. He did fucking love the Gay Riders Carnival fundraiser weekend. Bikes, leather, men as far as the eye could see. There were harnesses and collars, chaps and jock straps. It was like the horny man playground of joy.
Bring it on.
Grabbing his saddle bags, he put them over his shoulder and made his way to registration. He wasn’t too into fucking in tents, or sleeping in them really, so he’d made a reservation at one of the cabins on the property. He took his time getting to the front desk, admiring bikes and asses alike. God damn, there were some hot motherfuckers here—handlebars and leather daddies, cowboys and inked guys.
His cock was nice and hard in no time, pushing against his leathers like it wanted out. He didn’t worry about it, this was family here this weekend and people would be flattered, not offended. In fact, he got more than one nod, a grin.
Fucking A. He knew he looked good. At six foot seven and three hundred pounds, he was pure muscle and leather. In fact, he was going out for Mr. Leatherman 2014 this year. He’d been more or less dared to do it, so here he was, competing.
He got his key, and headed to the group of little cabins toward the back of the campgrounds. This was the farthest from the carnival itself and it was quieter back here, the woods heavier. He liked the back cabins. Out here he could make someone scream. He could tie someone up and drive them to the moon.
A big bruiser in head-to-toe leather walked by him, nearly as tall as he was. Yeah, someone like that would look good tied to his bed. The thought had Whip grinning as he opened up his cabin door.
A soft sound surprised him almost as much as the sight of someone running for the door, trying to get by him. His hand shot out automatically, wrapping around one arm.
Huge blue eyes stared up at him from under a shock of jet black hair that had to go as far as the guy’s ass. “Let me go!”
“I don’t fucking think so. You’re squatting in my cabin.” Why was the real question.
“I…” The guy was whip-cord lean and sported a huge bruise on his angled jaw.
Whip nodded at that mark. “Did you deserve that?”
The skinny pup shook his head. “I’ll go. I was just… I’m sorry, man. Please. I’m in way over my head.”
“And you think letting you back out in biker central with a sweet body like yours is the shallow end?” Whip shook his head. There were enough guys who would eat this pup alive… “Answer the question. Did you deserve the shot to your jaw?”
“No! No, I didn’t. I safeworded. I promise.”
That made him growl, loud and deep. “And he didn’t stop. Is he here?” It wouldn’t be the first ass he’d kicked and it wouldn’t be the last.
“Please. Just let me go, man.”
No. No way he was letting this wee pup loose with the lions and bears. He needed to check that jaw, make sure it was just bruised and not broken.
“That ship sailed, kid.” He walked the guy back to the bed and sat him on it, taking a close look at the jaw. Touching it gingerly, he tested for swelling. It wasn’t broken, he didn’t think. “Looks to just be a bruise. Don’t suppose there’s anything in the freezer.” A bit of cold would go a long way.
“There’s a freezer?”
“A teeny one. In the little fridge.” There should be anyway. “So who did this to you?”
The pup shook his head. “Not a snitch.”
Whip crossed his arms. “You got a name, pup?”
“Nicky. Nick.”
“Well, Nicky Nick, I guess you’d better stay for now.” This pup would get eaten alive out there.