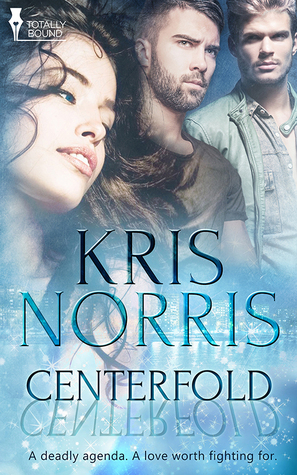 
Lights. Camera...die.
Detective Scarlet Reid has spent the past three months trying to make her alter ego, Ms. December, a ghost of Christmas past. Forced to become the sexy centerfold in a high-stakes undercover assignment, she’s spent more time pulling copies of her naked butt off the bulletin boards at the precinct than she has collaring criminals—and it’s far from over.
A deadly agenda. A gruesome new case has revealed a disturbing trend—one that has placed Scarlet on a list of possible targets. With limited options, she’s going to have to resurrect Ms. December—and her old partnership—which means facing the one man who stole more than just a kiss.
A love worth fighting for. Federal Agent Roman Kinkaid has some explaining to do. His final assignment with Scarlet changed him, and he’s been running from her ever since. But he’s ready to make things right—only he’s not alone. His partner and lover, Special Agent Aiden Cross, is just as invested and determined as Roman is to claim Scarlet as theirs. And they aren’t taking no for an answer, especially when their souls—and Scarlet’s life—are on the line.
They have three weeks to catch the stalker before Scarlet’s time runs out and they lose their one chance at a happy ending.


Undercover cops have a tougher life than more people can imagine, even more when they're dealing with stuff like drugs where no one knows what could logically come up next. That's where Scarlett's life gets complicated as she poses for a skin magazine that is rumored to have illegal drugs flowing through its organization. She's pretty, sexy, and has the hots for her partner, Roman. More than a few things go under the covers when they have to prove their relationship to the possible source and while the mission was a success, there's a lot more that was damaged between the two of them.


Roman is a man on the run - from his life as a cop, from himself, and from his ex-partner Scarlett. He's always been attracted to his partner and tried to control himself for years to stay away. Then circumstances blew them apart just as things were getting interesting. But Scarlett needs him again, even if she's totally denying it, and he must man up and be by her side once more. He's brought someone else into the game, though. His new partner, Aiden, who shares more than a car and an office with him. Will that be enough to fool the criminals? Can he also fool himself?


Scarlett and Roman together were smoldering and now with Aiden thrown in, they're downright combustible. Their lust for each other practically sizzles and it's more than enough to get them into the skin magazine owner's mansion where, under the excuse of keeping his models safe, he's throwing a huge sleepover party filled with nonstop public sex games and competitions. The three must participate, of course, and it's getting harder to keep the line between work and reality, especially when the two men want it to disappear entirely.


It's quite obvious that there's tons of sex going on here in public and in private. What I truly appreciate is that it's not just wham-bam-next, it's an actual story going on behind the scenes. Yes, there's a killer and the undercover team needs to be reactivated to combat it, but the drama with Scarlett, Roman, and Aiden is palpable. PTSD fallout is acknowledged, there's guilt involved (and not overwhelming, simply coloring), and redemption is sweet.


One question, are there truly people as accepting as their supervisor? I found just that part a teeny hard to believe. Otherwise, Centerfold is a book I can read several times, because I can imagine stuff like that going on in the playboy mansion, and because Kris Norris penned a really, truly, hot book.

By reading any further, you are stating that you are 18 years of age, or over. If you are under the age of 18, it is necessary to exit this site.
Copyright © Donna Gallagher 2015. All Rights Reserved, Total-E-Ntwined Limited, T/A Totally Bound Publishing.

As soon as she spotted the little kiosk, all Toni could think of was tucking into a cold ice cream. The weather in London had been outrageously hot for the few days she’d been here. It was just her luck that a heatwave would hit town at the same time she did. She wasn’t even going to feel guilty for the calories she was about to consume—well, maybe only a little. Surely after all the walking I’ve done today I deserve a little treat, she told herself as she waited to be served. It was such a pain having to worry about her weight—and she did have to keep an eye on her food intake. Toni had always thought it was so unfair that she took after her pudgy father and not her pencil thin mother in that regard. Stupid genetics, she thought, as she found a shady spot under the branches of a big plane tree in the grounds of St. James’s Park to sit and enjoy her treat.
The park was opposite Buckingham Palace, and Toni watched the crowds of people streaming down the path. The changing of the guard had just finished and the sightseers were all headed off to the next attraction, just like she would be, after her quick rest break. London was a fascinating place and one Toni had been looking forward to visiting for some time. She was finding it hard to believe that she’d actually made it here and all by herself—still surprised that her parents had relented and let her go in the first place. The thought of her parents made Toni giggle—how horrified her mother would be if she could see Toni now, sitting crossed-legged on the grass, not to mention the frown that would crease her mother’s perfect face at the sight of Toni eating such a fattening treat.
Toni knew her father would be horrified to think of his only daughter sightseeing like some common tourist. Her father had been invited inside the Palace, more than once, to attend some function or another, but those types of gathering were just not Toni’s cup of tea. She much preferred to keep out of the spotlight, blend in with the crowd and experience life the same as the bulk of the population. Being a mining magnate’s daughter was a difficult persona for Toni to uphold. She was plain, a little overweight and just didn’t fit in with high society standards—much to her mother’s disdain. She always managed to say something inappropriate or trip over her own feet at the worst possible moment, resulting in that look of disappointment and embarrassment her parents inevitably wore whenever she was around.
Just as she bit into the crisp cone Toni felt something hit her shoulder. At first she thought she’d been struck by a ball. That was until the wetness started seeping through her T-shirt. It felt like a warm sticky mass sat on her right shoulder and as she looked down, Toni gasped as she saw the green, gooey clumps that now covered her front.
Then the smell hit her.
“Eww!” she squealed as her stomach rolled. Nausea was threatening to bring her breakfast back up, and while she’d enjoyed the morning meal, revisiting it would not be pretty. What little of the ice cream she’d consumed also burned the back of her throat. The rest of the sweet treat was now melting and running down her right arm. What am I going to do?
The one small napkin she’d picked up at the kiosk was going to be of little or no use in trying to sop up the stinking, green lumpy mess, which had now made its way through her shirt to her skin. But if she didn’t do something and fast, she could add her own vomit to her hopeless plight.
“Goose.”
Toni heard the male voice, was shocked that anyone could be so mean as to call her that when she was in so much distress. She tilted her head up so she could at least see who it was that was making fun of her. Even in a strange town, Toni had managed to become the brunt of someone’s cruel taunt.
The stranger was standing directly in front of her, looking down at her. He wore a baseball style cap and those horrible reflective sunglasses that Toni hated.
“I think its goose poo,” the stranger added. “I’ve never really been a believer that a bird’s droppings mean good luck, but if it does, I figure you should probably buy a lottery ticket.”

Jason hadn’t meant to make contact with her yet, if at all. His job was to follow and protect the target—Antoinette Grimaldi. It had been made perfectly clear to Jason that he needed to fulfill that charter without her knowledge while she holidayed in Europe. Her father, an extremely wealthy—no, scrap that, and make it ridiculously, filthy rich—businessman from Australia had used the firm Jason worked for on many occasions. So when his boss had given him this assignment, while not thrilled, Jason had agreed to take it for the good of the firm.
He’d expected his target to be a rich, spoiled brat that he would probably be spending many late nights at clubs or standing outside some playboy’s apartment long into the early hours while she partied on to her heart’s content. Jason had been wrong. When he’d seen the filth hit her and the mess it had left, he hadn’t been able to stand by and do nothing. Just the look on her alluring face had torn at his heart.