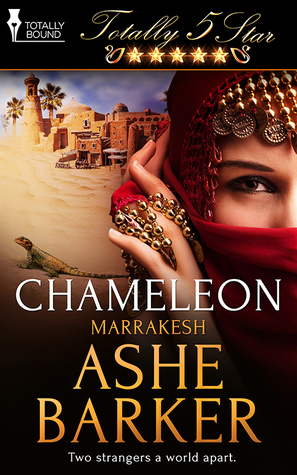 A chance meeting, two strangers whose paths cross—in the same place at the same time, yet a world apart.
When mining engineer Ethan Savage spots the cloaked, veiled woman riding a donkey in the Moroccan desert, he can be forgiven for thinking that in some respects nothing much has changed in two thousand years. She wouldn’t look out of place in Biblical times. They pass, nod, smile politely and go their separate ways, two strangers a world apart.
But when, moments later, she rescues him from his crashed car, the first words she utters make Ethan realize that appearances can be deceptive. His little Berber peasant is not what she seems.
Shifting effortlessly between her traditional roots in the foothills of the Atlas Mountains and her professional life as the Totally Five Star hotel doctor, Fleur is a human chameleon, able to adapt and blend into any environment. At first irritated then amused by the handsome stranger, Fleur knows the assumptions he’s made about her. As their paths cross once more at the luxurious hotel, she realizes he, too, is not all he seems. This sexy Englishman holds the key to her most secret and sensual desires, dangerous yearnings she’s kept locked away for years. Now she has a choice to make.
Ethan is only in Marrakesh for a few days, then he’ll be gone and she’ll never see him again. No one will ever know, so surely it will do no harm? Can she pass up this opportunity? And once she’s trusted him with her body, experienced all he can offer, will she be able to return to her old life? Or will the sensual chameleon need to reinvent herself once again to fit into his world?

Review by: Ramona
My Rating: 5 out of 5 Stars

Chameleon is the first of the Totally Five Star conceptualized by Totally Bound Publishing. It's stories are set in luxurious hotels around the world (two are mentioned in this book: Marrakesh and Paris) owned by elusive hotel mogul James Conroy. I hope that the tone of these novels will all follow the first because - it's scorchingly hot!

Ethan is a man on a mission in the wilds of the desert. While surveying a parcel of land in Marrakesh where an opulent spa is to be built, he thinks he's contracted heatstroke, or at least seeing a mirage, when a woman on a donkey crosses his path. Mesmerized by her eyes, she's seared herself on his imagination.

Fleur has learned to make herself disappear into the mass of humanity wherever she is. Whether she's in a first world or third world country, she fits right in. But it's completely different when it comes to her psyche. While she realized she was a submissive early on, she ran into some circumstances that made her bury her longings deep down and effectively deny herself. As luck -or accident- would have it, her longings come to the fore once again when she encounters Ethan. Why not let herself go for once? After all, Ethan makes no secret of the temporary nature of their relationship.

In the beginning, Ethan is a real ass towards Fleur. I would agree with her unvoiced opinion that alpha males make the worst patients! Yet slowly it becomes apparent that he is more afraid of her meaning more to him than he can offer in return. Fleur is his complete opposite - open, giving, trusting, despite her being able to blend in perfectly wherever she is. There is nothing hidden with her. Their dichotomy is strange; Ethan hides on the inside while Fleur hides on the outside. Yet, it works.

I had a strange '60s Mills and Boon vibe while going through the story. Oh, it's not bad, completely the opposite, just that deliciously illicit feeling of going through an adventure that you're not supposed to have an inkling about happening to somebody. Like you're a voyeur in someone else's journey of self discovery. It's not just because it's set in exotic Marrakesh but how the story is approached: you're actually there watching Ethan lovingly shred the protective cloak Fleur wrapped around herself and seeing her blossom into who she truly is. The only term I can come up with for this is beautifully erotic.

Chameleon is a perfectly sensuous debut for Totally Five Star. I do have a question, Ashe Barker. How many more kinky friends does James Conroy have? And will he have a book of his own? I hope so!

By reading any further, you are stating that you are 18 years of age, or over. If you are under the age of 18, it is necessary to exit this site.
Copyright © Ashe Barker 2015. All Rights Reserved, Total-E-Ntwined Limited, T/A Totally Bound Publishing.