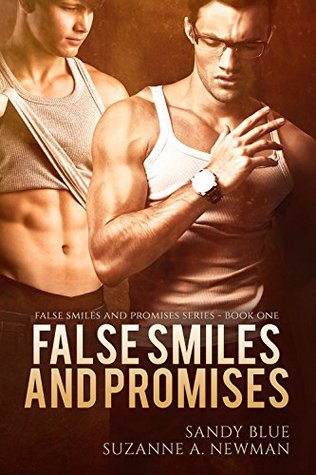 An M/M Romance to Sweep You off your Feet!
Ethan Whitefield and Rick Cromwell are best friends once again. But this time their roles are reversed. This time, Rick is the sex buddy, while Ethan is the “straight” guy. Though they satisfy each other’s lust most intimately, Ethan stays distant.
But Ethan’s desire for Rick is seen by his sadistic fiancée. She turns the world of Ethan upside down when she blackmails him to marry her.
And she will walk away with his family’s multi-billion dollar empire, leaving Ethan Whitefield penniless. There is also Greg Johnson , a cousin of Rick’s. A man on a deadly mission. A man willing to do anything to get the woman he loves, Evelyn Baker, even if it means betraying his only cousin…
They must now keep Evelyn Baker and Greg Johnson from ruining the lives of those they cherish most. Each other.
But will Rick be ultimately betrayed?
The first in its series, False Smiles and Promises is a fairytale M/M romance that explores the lives of two young men who will do whatever it takes to protect the ones they love.

Review by multitaskingmomma
My Rating: 3.5 of 4 Stars
(Based on Short&Light Read Category)

False Smiles and Promises is a real fairy tale story. Told from the point of view of a third person omniscient narrator who acts as an observer of the events unfolding but is on outside of the boundaries of the story itself. There is hardly any conversation between characters as all these are also narrated. The only way to distinguish it apart from the true narration are the quotation marks.

The story unfolds with Ethan and Rick in love but Ethan is closeted for fear he will lose his position as heir to his family's empire. His parents had chosen a woman for him to marry but said woman is a like a thorny and poison rose whose beauty betrays the inner evil. A cousin, Greg, knows of Ethan's secret and so plans with Eve to destroy the prince and gain the position instead. The plot thickens to the point of no return but both Ethan and Rick do find the way to get what was rightfully theirs.

This story took time to read because the style is so different from what I am used to. However, as soon as I got used to the writing style, it was quite an impressive fairy tale read. Different, is not enough to describe this style but the difference is what made me continue to read and find out how the plot thickens and how Ethan and Rick get their HEA as well as control of The Kingdom.

No, this style of writing is not for everyone but it was so interesting to read something different for once and maybe that is why I liked this story. Took time to get used to, as I said before, but definitely got into the groove of it and just enjoyed.