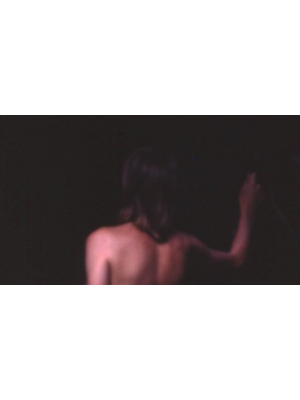 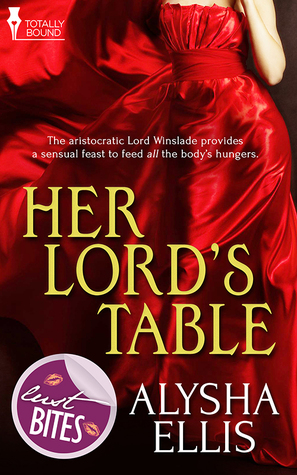 The aristocratic Lord Winslade provides a sensual feast to feed all the body’s hungers.Gently-bred Susan arrives in 18th century London starving, penniless and desperate to find a job. When a chance-met acquaintance offers to help, Susan happily accepts a position as housekeeper in the home of Lord Winslade.
But the position is not what she expects it to be. She is greeted by a grim manservant, who locks her in a room and orders her to wear the scandalous costume she finds there.She is forced to attend an erotic banquet of carnal and epicurean delights, presided over by the darkly sinister Lord Winslade.Susan’s expectations of domestic service shatter as she is seduced into fulfilling appetites of an entirely different order.Publisher's Note: This book was previously released by another publisher. It has been revised and re-edited for release with Totally Bound Publishing.

By reading any further, you are stating that you are 18 years of age, or over. If you are under the age of 18, it is necessary to exit this site.
Copyright © Alysha Ellis 2015. All Rights Reserved, Total-E-Ntwined Limited, T/A Totally Bound Publishing.

The man taunted her. His tongue stroked slowly over the slick surface of his lips, his pupils darkening as he savored the taste. Susan couldn’t stop herself. She moaned.
Desperate hunger gnawed at her insides. The sight of the rotund older gentleman in the corner, gorging himself on his luncheon of cheese and bread, almost made her weep. Even the pungent aroma of the raw onion he crunched between his yellowing teeth smelled good.
Everyone in the swaying coach turned to look at her. Heat mounted in her face. To set the seal on her humiliation, her stomach gave a loud, inelegant growl.
She couldn’t remember the last time she’d felt full. With three sisters and her widowed mother at home, their supply of money gone, they had to eke out what little food they had. They never had enough.
Now there would be even less. The coach fare to London had taken the last of their available cash. Mama and the girls had stores of enough vegetables and oats to last another week or two, but Susan had brought nothing with her, assuring them she wouldn’t feel hungry on the long, stuffy coach ride. The man sitting opposite her, devouring his packed lunch, had proven it to be a lie.
Once she got to London and found her brother, she’d be able to eat as much as she wanted. As soon as Charles understood their plight, Mama and the girls would be able to buy the food they needed. He surely wouldn’t begrudge spending a little of his sizable fortune to support his stepmother and half-sisters. They weren’t asking for fripperies like smart dresses or horses or carriages, just enough money to ensure they didn’t starve.
The extra expenditure shouldn’t be too irksome. As Papa’s only son, Charles had inherited all the estates entailed to the male line, including the income that went with them. Not long after their father’s death, on Charles’ twenty-fifth birthday, he’d also gained control of fifty thousand pounds from the estate of his late mother. Her half-brother was a wealthy man.
Papa had been certain he’d provided well for his second wife and their three daughters. The estate’s unentailed capital, itself a considerable sum, had been invested for their ongoing support. They should have had no need for any further assistance from anyone.
Since Charles had no obligation to share his fortune with them, he’d told his stepmother and half-sisters they were welcome to continue living in the drafty old country house, then packed his bags. Without any parting words of affection or promises of future visits, he’d headed back to London.
No one had suffered any pangs of regret when Charles left. His lack of familial devotion hadn’t been surprising. He had never shown much interest in anything other than hunting, drinking and socializing with his friends. Susan’s mother had been sorry to see him go, but not concerned. They could get on very well without him.
But only six months later, the lawyer administering their inheritance had disappeared, taking all their funds with him. When the man hadn’t returned or been apprehended, Susan’s mother had written to Charles, asking him for help.
He hadn’t replied to that letter or to the three following. Now, after weeks and weeks of waiting, Susan had set out for London to find him, so she could apprise him of the situation in person.
She’d been on the road for five hungry hours with three more to go. Never had one hundred and eighty minutes seemed such an interminable time. Only the anticipation of her reception waiting at Charles’ home kept her from moaning again.

Review by Ramona
My Rating: 3.5 out of 5 Stars
(Based on Short&Light Read Category)

I'm quite sure when Alysha Ellis entitled her short story Her Lord's Table, it alluded to more than just a meal. Dinner was served, but it's the side courses that made it more than ordinary.

Susan is a victim of circumstance in 18th century England: she was born a woman and her entire family, being all females, weren't allowed to handle their inheritance. One thieving lawyer and one dissolute stepbrother later, they have no funds and nowhere to turn. Susan gladly accepts an offer from the woman now living in her stepbrother's house to work in the home of an acquaintance.

Lord Winslade, unfortunately, isn't what she was expecting. Her job offer turned out to be more along the lines of "play doctor" than "play house." What is fortunate is that she attracts the attention of her host, who seems to understand that a gently-bred girl has no business at a gathering like that.

It's a little too late; Susan has learned quite a lot more about relations in the short time they took for dinner! But what is she to do with her new-found knowledge?

Now here are two interesting characters developed within a span of a few pages. Susan is a typical gentlewomen thrust into a most atypical circumstance. She can't even find words to describe what is happening right in front of her. Yet, she's drawn to it. It interests her, and that in turn interests Lord Winslade.

A man among men (as far as looks and other appetites are concerned), Anthony, Lord Winslade, is sophisticated, cultured, and debauched. In spite of his standing in society, he is known for hosting banquets where the guests bring as much interest as the meal. He can clearly see the guests' antics are affecting Susan in more ways than one - why not indulge her curiosity, then? But I can see a gentleman lurking deep within.