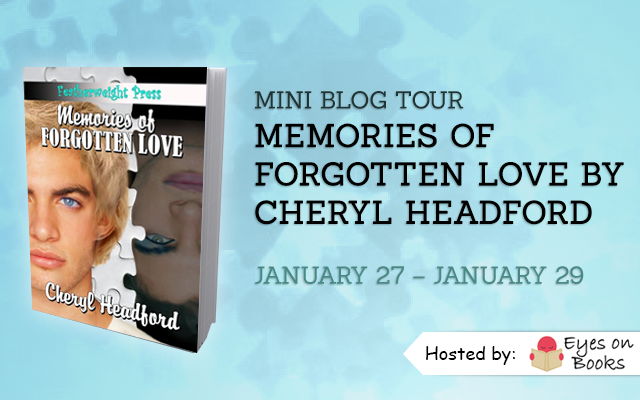 Born into a poor but loving mining family in the United Kingdom, Nephylim, a.k.a.  Cheryl Headford, grew up in the beautiful and history rich South Wales Valleys, becoming the first in her family to attend university. As a lawyer practicing Family Law for several years, the profession allowed Nephylim to learn more about human nature at its worst and best moments, and develop empathy and a view of life not limited by social standing or background.Tapping into the heritage of her people that throughout Earth's ages welcomed the wandering bard into the hearts of their villages as keepers of lore, Nephylim trained as a Druid and brings the richness of her Celtic past and spiritual training to enrich and elevate her writing. Since a child Nephylim has been fascinated with other worlds, which exist within and alongside her own and has reveled in creating worlds and characters for others to enjoy.Despite lack of family support, Nephylim continued writing privately and eventually found the Gay Authors website. With the positive response and a warm welcome received, she found the confidence to pursue her passion to a greater degree. Feeling gay fiction was a woefully neglected corner of the market where readers were all too often presented with what amounted to erotica, Nephylim strives to write quality gay fiction where sex and sexuality is not the central premise. Instead, concentration is given to character and narrative development through storytelling that goes beyond the physical. Nephylim still resides in Wales, UK, and enjoys writing, reading, art, and taking part in medieval reenactments.

After waking from a coma, Noah discovers that memories are tricky things and sometimes blissful ignorance isn't such a bad thing.
Noah wakes from a coma with no memory of who he is. As his memories return they become stranger and more sinister at every turn. He begins to suspect the accident in which he was injured wasn't an accident at all, and refuses to accept what everyone is saying that he threw himself off his balcony in a suicide attempt. It just doesn't feel like something he would do. Struggling to come to terms with the shocking story he gradually uncovers, he's helped by his friends. Yet, his best friend, Luke is acting strangely, leaving Noah to wonder just what exactly he isn't telling him.

Oh, this was a nice surprise of a story. I really thought this would just be a wake-up-from-coma-romance sort of thing but instead, it turned into one of the more intriguing mysteries I have read in a long, long time.

The story begins with Noah waking up after being in a three month coma nobody thought he would survive. His body had been broken in so many places, his brain trauma such that half of his body was feared forever paralyzed, and his memory shot to nothing. He only knows the basics and his brain knows it, too. Unfortunately, after inactivity for so long, his body just could not do what his brain demanded. His memory was just as bad. But when he wakes to the beautiful eyes of a beautiful young man, his heart knew something his brain did not. And Noah trusted his heart.

Luke had been the best friend then boyfriend of Noah but since the accident that almost took him away from him forever, he learned to be patient. Unfortunately, his feelings almost always overran his logic so he would run and disappear. He has no idea that with him there, Noah got better faster and the memories came back.

The mystery is the story behind the accident that brought Noah to this point. Did he really do those things, say those things, and just gave up? Noah knows he is not like that but he is getting convinced until the day his eyes open and the memories come flooding in.

This was such an interesting read but at the back of my mind, I can't but help wonder what medical limitations this story has. For once, though, I really don't care for I just got lost in this story and when the end was reached ~ HA!

I didn’t go back to my room. I went outside into the garden. I needed space. I needed time to think alone. I headed for my favourite place, a wooden bench under a rose arbour near a stone koi pond. I walked along a shady path between clipped hedges and turned the corner into my special place. There was someone there. My first reaction was extreme annoyance. This was MY place and I needed it. How dare someone be here? However, as I drew closer, I recognised the pale hair, brushing the surface of the pool as its owner leaned over to trail his fingers in the water.
Luke clearly didn’t hear me approach as he didn’t stir, and I was able to get right up close without him noticing. This gave me a chance to examine him closely. He was tall, although not quite as tall as me, and slender, although by no means skinny. His hair was too long, almost reaching his shoulders, and fell in unruly waves. He was wearing black jeans and a black shirt. He always wore black, as if trying to magnify the effect of his hair. I smiled. That was Luke, a man of contrasts.
The first time we’d met—well no, not the first time but the first time in this part of my life—I’d been skinnier than him; weak, wasted away. But since then I’d filled out a lot. I worked so very hard and my muscles were toned again. I was strong. I still walked with a pronounced limp and I still had a degree of weakness in my left hand and arm…and I still had to think carefully about what I wanted to say or I stammered and got things confused, but on the whole I was bigger and stronger than he was and he appeared…frail, slumped, dejected, defeated.
I experienced something almost maternal as I stood and looked down at him. He hadn’t been near me for ages. Why was he hiding out here? I felt an almost irresistible urge to touch him, to stroke his hair, to take him in my arms but that, of course, would have been wholly inappropriate. We had become close again, but not that close. He wouldn’t have appreciated it, I was sure of that.
While I was watching him, he sensed my presence and his head jerked up. He didn’t smile in greeting as he usually did, he just stared at me. He had been crying. His eyes went wide and they shone like pale sapphires set in a fine piece of jewellery. He seemed stunned. Of course, I had no way of knowing then what he saw in that moment. I sat down on the low stone wall over which he was leaning to trail a hand in the water. For a moment, my own shock and anger were forgotten.
“What’s wrong?”
“Nothing.” He blinked and turned his face away, clearly embarrassed.
“Bollocks.”
We were both silent for a time. I watched Luke and Luke stared fixedly into the water. When had this wall grown up between us? “You haven’t been to see me for ages.”
“No.”
“Why not?”
“I needed time to think.”
“Think? Think about what?”
“About all the things you want from me—need from me—that I can’t give.”
“That sounds ominous. I don’t want anything from you, only truth and honesty.”
“And those are some of the things I can’t give you.”
“Are you sure?”
“I knew this would happen. That’s why I haven’t come. I couldn’t face you knowing you would be like this. You were always the same. You could never just let things lie.”
“I’m not going to apologise for that.”
“I wouldn’t ask you to. It’s one of the best things about you.”
The awkward silence fell again, and I didn’t know how to break it. I found that I was picking at the stone with a fingernail.
“Luke…what kind of person am I?”
He didn’t look up, just carried on staring at the water, making little circles with his finger.
“What?”
“Let’s face it…you’ve known me longer than I have. What kind of person am I?”
“I don’t know. I know what kind of person you were.”
“Then, what kind of person was I?”
“You were strong, stubborn, opinionated sometimes. You were gentle, and kind, and wise. You were patient with a clumsy, impulsive, insensitive friend. You were a good man, a great friend, a…You were… amazing.”
“Was I a coward? Was I a quitter? Was I…was I…?”
He glanced up quickly. “No, no, you were never that. Never a coward. You were…you are the bravest person I know.”
“Then why…?” I found it hard to say because I found it so hard to accept, to believe. “Was I the kind of person who would jump off a balcony to kill myself?”
His eyes went wide, such colour as there was draining from his face. He seemed shocked, scared. He licked his lips and swallowed hard. “How did you…?”
“New shrink. He didn’t know I didn’t know.”
“Oh.”
“Why didn’t you tell me?”
“Yeah, right. How was I going to bring up that subject? Oh by the way, Noah, did you know, did you realise that right after we had the worst row we’d ever had, right after I stormed off vowing never to see you again, you jumped out of your window and tried to kill yourself? Strangely enough, the opening never arose.”

Posted by multitaskingmomma at 3:29 AM