Lavinia Kent is a former two-term president of the Washington Romance Writers and a four-time Romance Writers of America Golden Heart nominee. She lives in Washington, D.C., with her family and an ever-changing menagerie of pets. 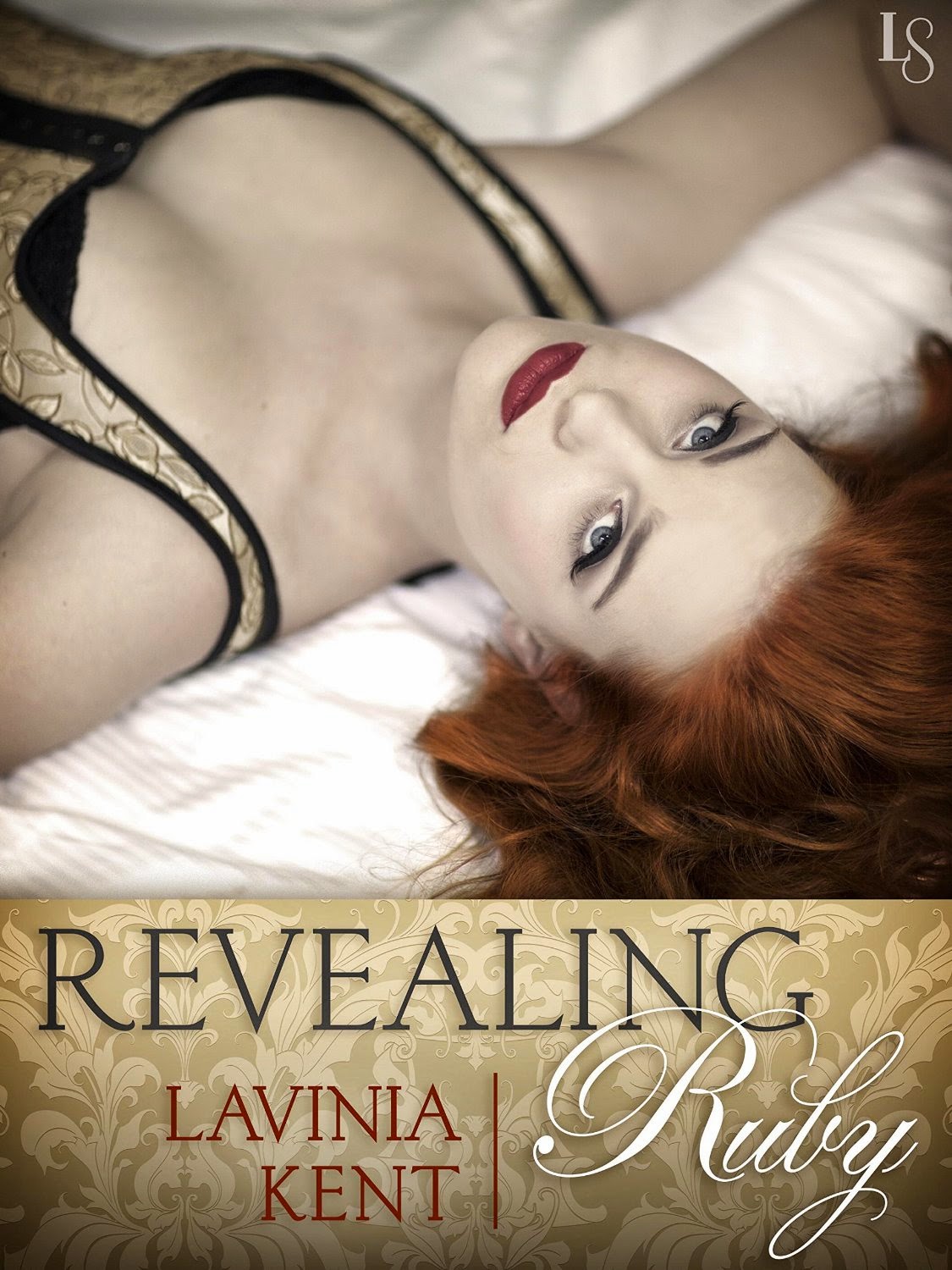 Unmasked by smoldering desire, a rigidly disciplined madame gives in to the ultimate temptation in Lavinia Kent’s seductive new eBook original novella.
As the proprietress of London’s most discreet house of pleasure, Madame Rouge—Ruby to her clientele—prefers to keep her own company. The first rule in her establishment? She never, ever personally entertains the customers.
However, the tall, dark, and provocatively tattooed American sailor who shows up on her doorstep makes Ruby wonder whether some rules were made to be broken. If she indulges, even just once, Ruby’s loyal patrons might get the wrong idea. If she doesn’t, she may never stop fantasizing about where that tattoo leads. . . .
No complications: That’s all Derek Price, captain of the Dawn’s Light, asks of his consorts on shore, and he’s willing to pay handsomely for the favor. But of all the women at Madame Rouge’s, the one he wants is the only one he can’t have, for any sum. Derek is not a man with an abundance of patience. However, for a night with Madam Rouge, Ruby, whoever she is, he’s willing to make those lush curves and sapphire eyes come to him.
Revealing Ruby is an erotic romance intended for mature audiences. Don’t miss a preview of the next novel in the Bound and Determined series, Bound by Bliss.

Review by Ramona
My Rating: 4 out of 4 Stars
(Based on Short&Light Read Category)

Even madames have desires, something which Lavinia Kent put across very well in Revealing Ruby. There are just some things which tempt you sorely and if there's an opportunity to indulge, well why not?

Madame Rouge is a woman who doesn't mess in her own back yard, and for good reason. Ruby runs one of the top bordellos in London and having a relationship, no matter how discreet or casual, with any of her clients is simply asking for trouble. So, contrary to what people expect, she leads an almost monastic, celibate life despite all the sexual proclivities surrounding her.

That is, until she laid eyes on one of the most interesting men to walk through her doors - Derek Price. Apart from the novelty of him being an American, he is also a ship's captain, apparently one of the few that can afford a night in her establishment. He's also an extremely striking man with a strong libido and the stamina to match. And an intriguing body decoration which would blow anybody's imagination. Why wouldn't her curiosity about him as a lover be piqued?

What follows is one of the more erotic encounters I've ever come across. However, since it's a bridge between two novels, the story is obviously unfinished and leaves me wondering how it will end. There is a story to Derek that is hinted at but not elaborated on. Ruby's secret life - can she keep the secret for much longer? And not mentioning the obvious pull between these two would be downright wrong. I want to see how they can overcome the obstacles between them and the result of their final decisions. I'm thinking they may not be so final at this point.

Revealing Ruby may be a short novella, but the story spun by Lavinia Kent has the potential to be long. It would be a crime (in my mind, anyway) not to expound on this encounter and revisit it at a later point in the series, even as another novella. It just whets the appetite for more. 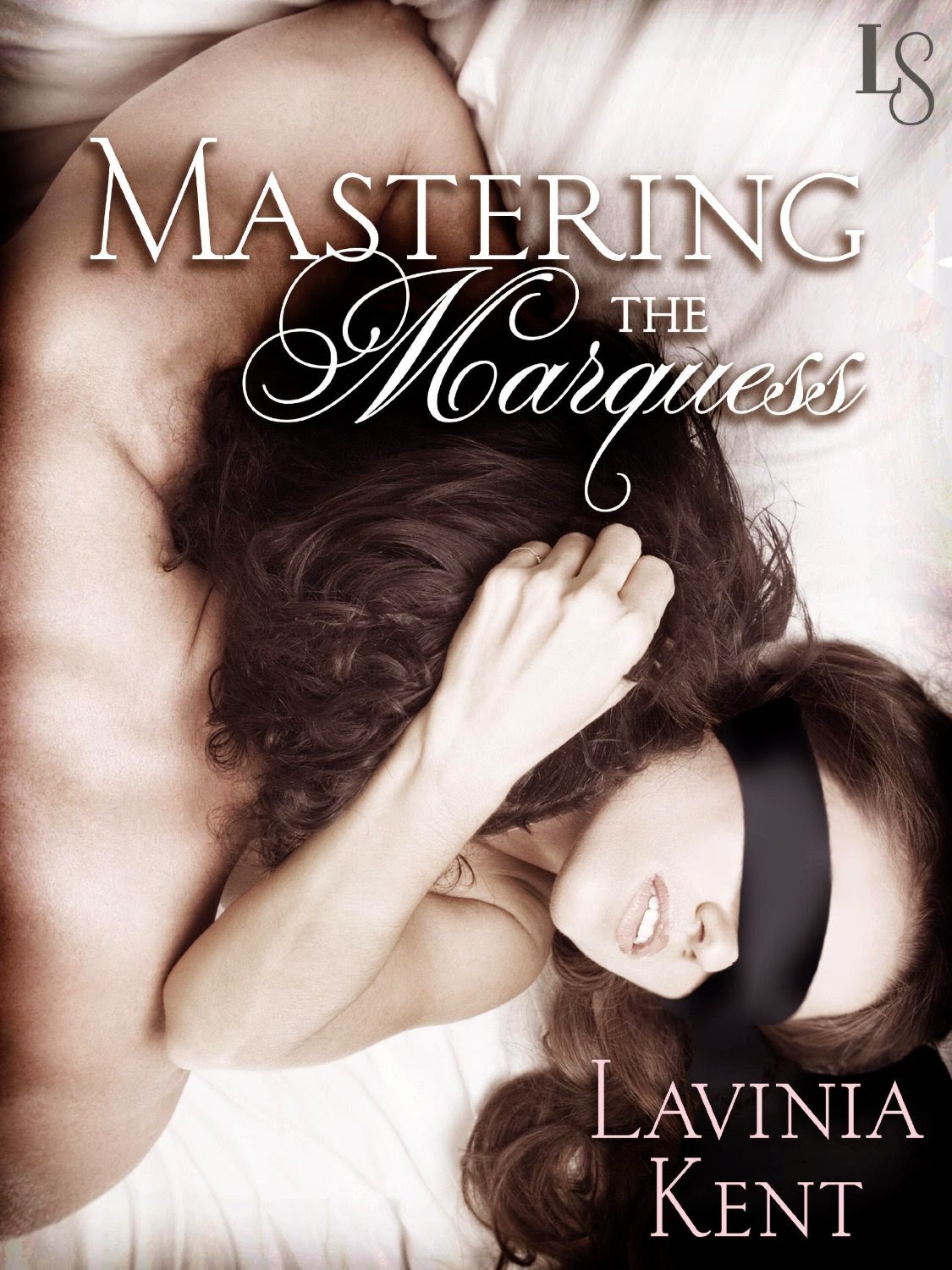