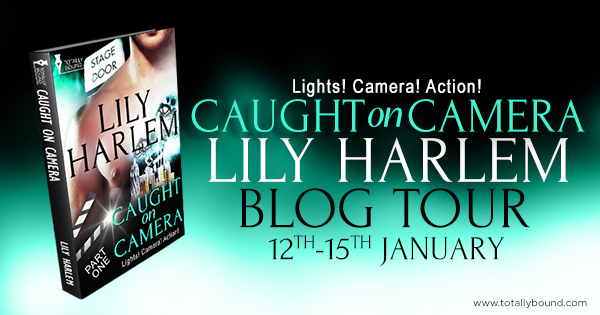 Lily Harlem lives in the UK with a workaholic hunk and a crazy cat. With a desk overlooking rolling hills her over active imagination has been allowed to run wild and free and she revels in using the written word as an outlet for her creativity.Lily's stories are made up of colourful characters exploring their sexuality and sensuality in a safe, consensual way. With the bedroom door left wide open the reader can hang on for the ride and Lily hopes by reading sensual romance people will be brave enough to try something new themselves? After all, life's too short to be anything other than fully satisfied. 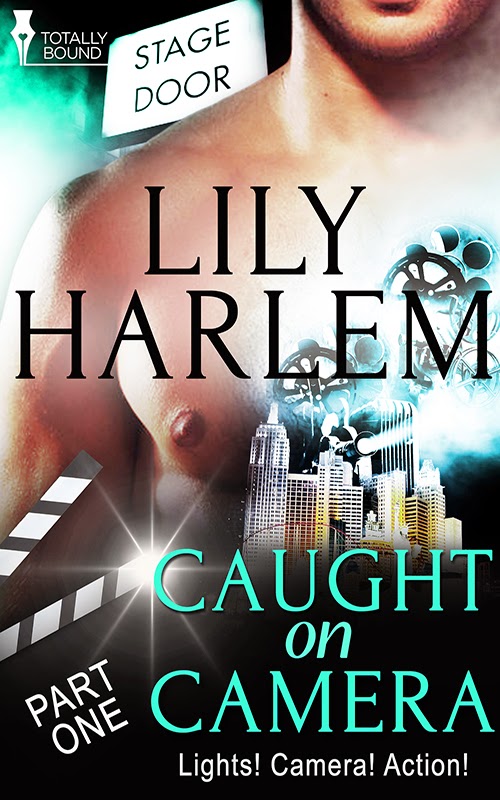 
Like the sound of Caught on Camera? Buy it here.

Review by multitaskingmomma
My Rating: 4 of 4 Stars
(Based on Short&Light Read Category)

Those of you who are looking for a short, HOT! read are sure to not only fan yourselves silly, but learn a few new things along the read.

So we have Reece, a decorator trying to make ends meet, looking out the window and seeing this hunky gardener he knows only as Cade. When Cade takes off his shirt, his paint slips over the window frame so he knew he was not focused. When he brings over a can of beer to cool down and rest a bit with the gardener, he does not know if he is dealing with a straight guy or a gay one. Either way, he had to satisfy his curiosity.

In the second book, Reece finds himself getting a movie offer and Cade as his leading man. He can hardly resist, not after knowing he enjoyed himself to the max and is receiving enough compensation for his hard work. When the camera light goes on, Reece and Cade play out their roles. The only question is: are they playing themselves or are they acting.

This is not a romance, neither is this drama. This is just a plain, HOT! read I would consider an afternoon delight. The two books are short as can be but never once was I left hanging. Now the only warning I can give out is: if you are not open to the thought of two men acting out their fantasies in front of the camera and get paid for it, then this is not for you.

Otherwise, ladies, this is HOT! (I think I said HOT! more than enough but it's worth repeating :D ) HOT!

Caught on Camera is a story within a story. Reece and Cade, the two main characters, also have on-screen identities while they’re making the movie Slippery Slots. This title makes me smile every time I read it. Why? Because I had such fun coming up with the name.

PS – Check out the Caught on Camera Pinterest Board