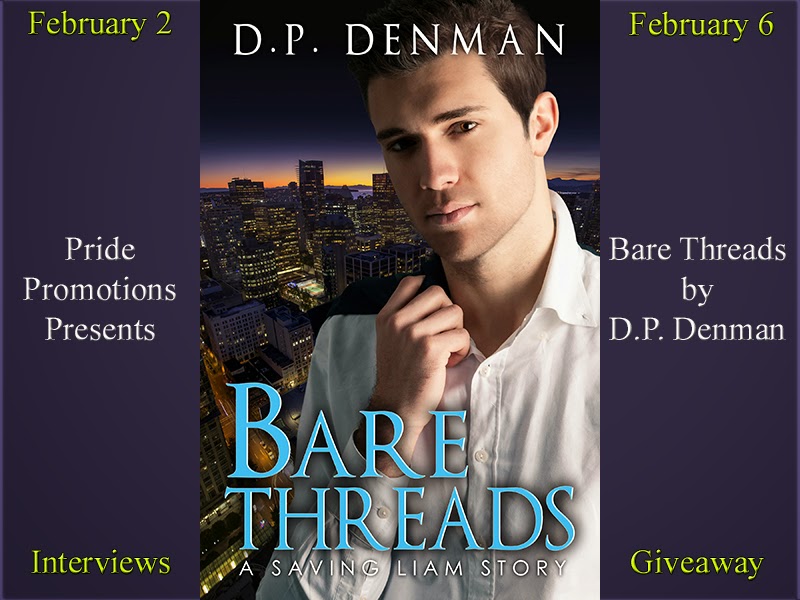 Award winning author DP Denman writes character-driven contemporary romance about gay men. Her stories are real and intense, but resolve in endings that make people want to read the book all over again. She is from the Pacific Northwest and bases all of her stories in Vancouver, British Columbia.
In her spare time, she is a dedicated LGBTQIA rights activist, fighting for those who have been marginalized and abused. To that end, 25% of the royalties from every book go to support LGBT charities. 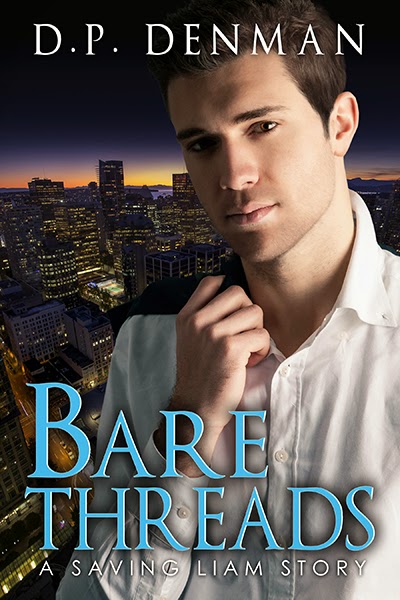 Liam is not a family man. He’s learned to avoid the entanglement and its mire of expectations; expectations he’s destined to crush. Unfortunately, his usually placid boyfriend is pushing him into the arms of his new family and he’s fighting every step. When a person he never expected to see again reappears, Liam finds a reason to make a few concessions for the sake of real love and the only man he is willing to call family. Book four of the Saving Liam Series

I read this book as a standalone and it was quite a revelation. I come into a series on the fourth book and the couple are already established and such. There are hints to a darker past and traumatic history for Liam and yet, curiously, the book did not offer much of an information. The hints were quite dark and the reappearance of a long-ago mother did spice things up, but...

In this story, I gather that Liam and Justin had been living together for about two years. The past does not really come into the picture until Liam had to make career choices unexpectedly. He is currently a go-go-dancer boy at a strip club but circumstances made it that he not only has a new boss, he is actually rethinking his role and looking for a new job. In the meanwhile, Justin is given a curve-ball of an offer from his own employers and is also looking for something new. All this in the middle of an argument, or discussion, that refuses to settle down: will Liam finally agree to marrying Justin?

All angst and drama aside, this was a lighter read than I thought it to be. It was also quite a fast read for the plot developed at an amazing pace, seemingly passing over events but really, did not. What struck me was the maturity of the relationship between Liam and Justin and seriously, why go through the marriage if one was not in on it? Then again, why not get married? These questions hangs over Liam all throughout the book, through all the drama and whatnots happening.

As a standalone, yes, its an okay book. What I am going to do now is go and get the first three books for I am sure this would have had a bigger impact on me if I had read them. Then I would see the process of Liam's growth and understand why Justin saw something in him to go out, be the knight in shining armor and save Liam from the life he had led. 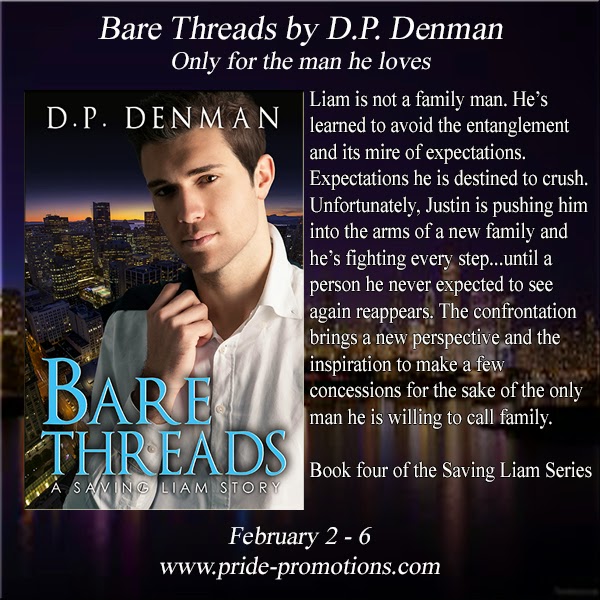 Optimism and anxiety sparred in his head, pulling his eyebrows into a knot while he transferred clothes from his suitcase to one of the drawers in the dresser.
“What?” Justin sat on the edge of the bed while Liam grabbed a pile of socks for the second trip.
“Nothing.”
“Baby.”
He looked at Justin. “This isn’t going to work.” He stuffed the socks in a drawer.
“What isn’t?”
“Avoiding the truth all weekend.”
“What truth?” Confusion wrinkled Justin’s brow.
“That I’ll be wearing more clothes in the next two days than I do in a week and a half at home.”
Justin took his hand when he was in reach, using it to pull Liam into his lap. “Nobody’s avoiding anything.” Justin wrapped arms around him. “It’s not that big a deal. So, you dance for people. I’ll admit, it’s an unusual career choice but, they’d treat you the same way if you were still waiting tables.”
He nodded at a speech he’d heard before and scowled at the carpet unconvinced. Fingers touched the side of his chin and turned Liam’s head leaving him no choice but to meet Justin’s eyes.
“If you plan to spend all weekend anticipating judgmental bullshit you’ll be disappointed.” Justin caressed his chin with a thumb. “They don’t blame you for something that wasn’t your fault.”
He stared into warm brown eyes and read the rest of the speech. This wasn’t his house or even his town. The hateful people he expected to confront lived one province over and they weren’t coming to dinner. Justin pulled him closer by the fingers on his chin and kissed him.
“Once they get to know you they’re going to love you just like I do. Okay, maybe not just like I do but you know what I mean.”
He smiled at the attempted humor and draped an arm around Justin’s shoulders.
“That’s probably for the best,” he said.
“Probably. Let’s finish unpacking before they wonder what we’re doing in here.”
“I could bounce on the bed a little to answer the question.”
“Always the tease.” Justin pushed him from his lap. “None of that this weekend, okay?”
“It’s not like we can’t be quiet about it.”
Their first apartment had taught them about muting the volume during sex.
“I doubt anything you do could inspire an erection with my parents in the next room.”
Liam cocked an eyebrow at the challenge.
“No.” Justin shook his head and opened his own suitcase. “If you want to get your rocks off you can do it when I’m not in the room.”
“Not even a little of this?” He raised his arms over his head and rolled his hips to an imaginary beat.
“Not even a lot of that.” Justin carried shirts to the closet and swatted his ass on the way by. “Behave yourself.”
Place text here 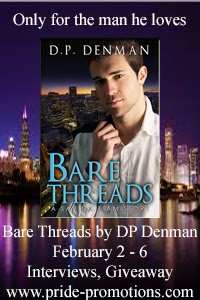