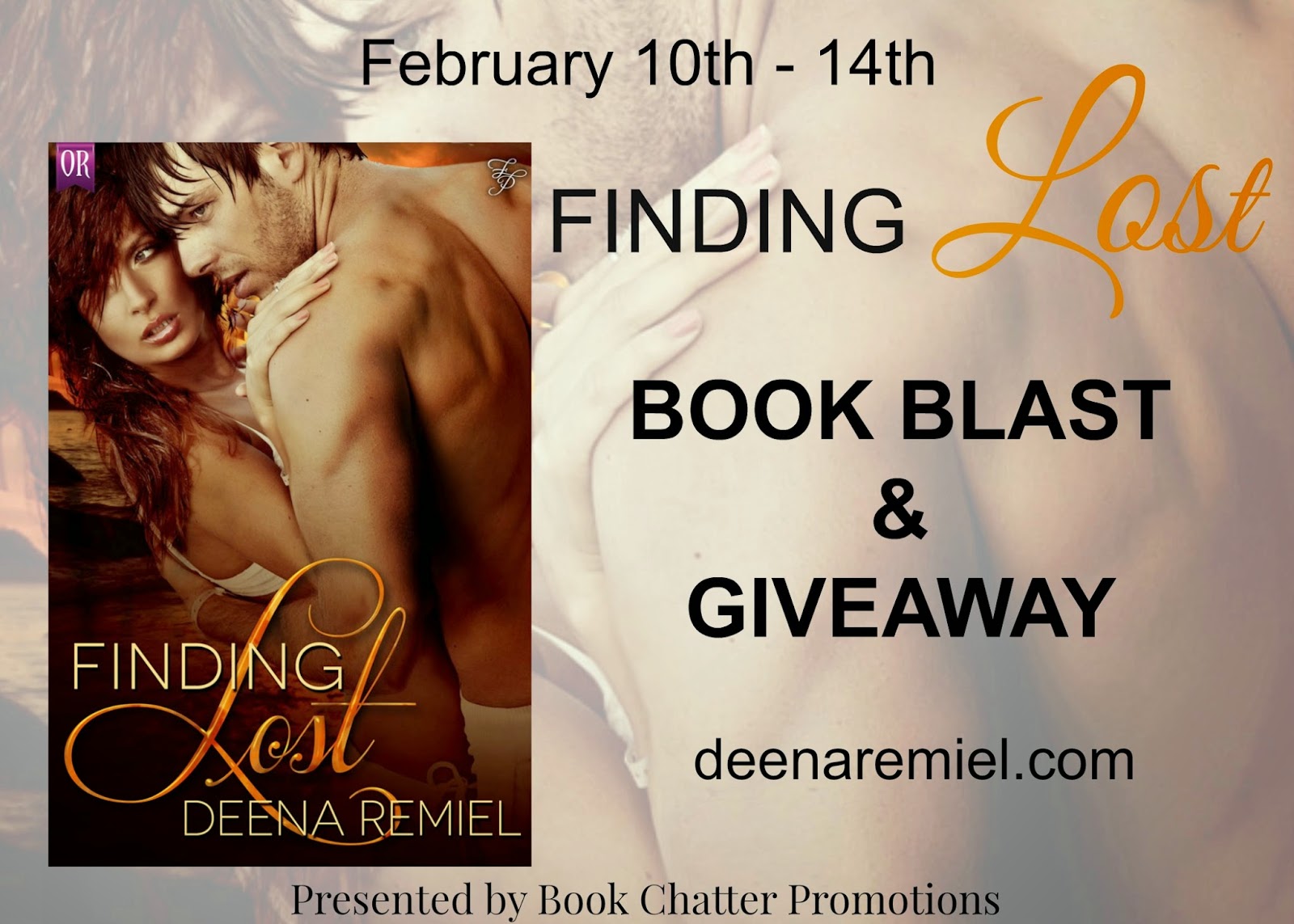 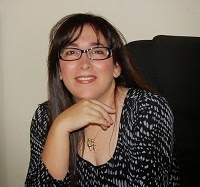 By writing paranormal romance and suspense, Deena spends her days and nights playing in the Garden of Good and Evil. She’s been known to have downed a few beers with her angels, and even put Satan in his place a time or two. She’s come to learn, however, that the human villains she creates can be more evil and depraved than the supernatural characters she conjures up. Gilbert, Arizona is home now for her family, but she hails from Philadelphia, PA and lived for many years in Manalapan, NJ. When she’s not writing, she’s teaching kids how to do the same. 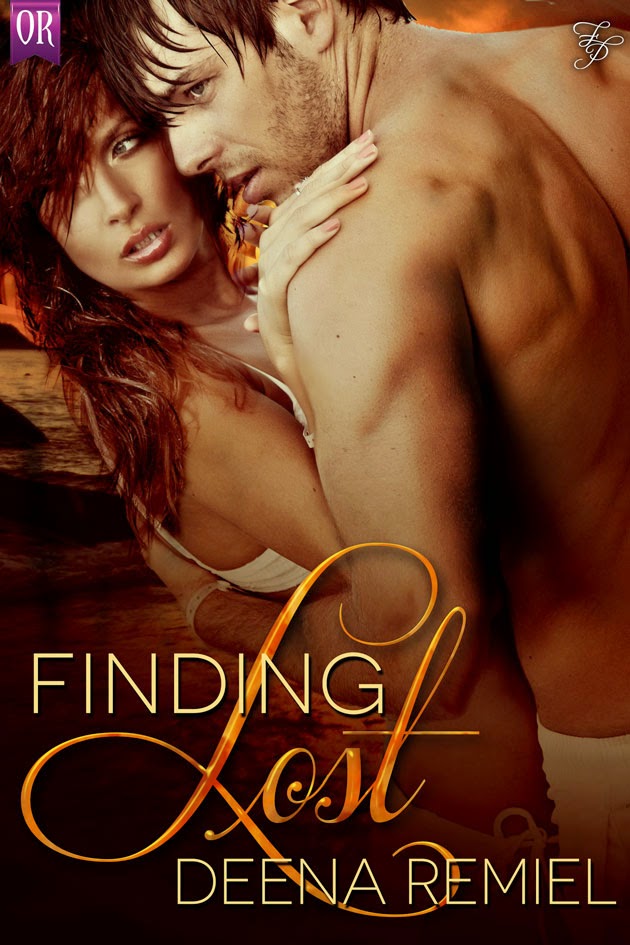 How could anyone be miserable in paradise? Carrie Samuels could write a book about it. Far away from her family and friends, she’s fled to Isla Mujéres hoping to escape a relentless stalker who knew how to torment and leave no calling card. What started out as a short-term solution has turned into a long-term jail sentence on a tropical island.

Painfully handsome, with a killer smile and well-hewn body, Dillon McMahon left his past behind and plans to spend the rest of his life off the grid on Isla Mujéres, the perfect place to dig in. Living next door to a sexy, quirky, and mysterious woman makes it all the sweeter.

When Carrie and Dillon’s pasts collide with the present, it threatens their budding relationship and sends them into a maelstrom of danger, abduction, and attempted murder. Sometimes, no matter how far you run, you just can’t hide. 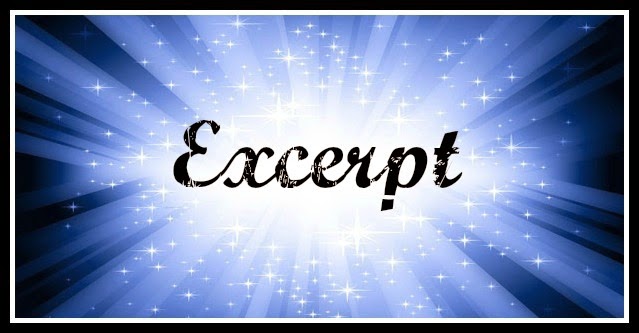 “Change your name, and your hair color. Then move far away from here and lay low. I’m sorry, but at this point, that’s the best advice I can offer you.”

Laura slumped in the rickety wooden seat next to the detective’s desk and pounded her sweaty palms against the armrests. He couldn’t be giving up on her case! But the truth of the situation mocked her with every hopeless word the defeated man spoke. Just like all the others, he’d been bested. One psychopath had managed to render New York’s finest and a host of private detectives impotent.

“I don’t understand. How can this monster make my life a living hell day after day and not get caught? How can he continue to terrorize me like this and not leave any trace of who he is?”

Detective Roberts gnawed on a sunflower seed and spit the remnants into a paper cup. Had he gotten a little grayer around the temples since the last time she’d been to the station? “He knows what he’s doing, how to play the game. I’m thinking he could be one of us, or someone who’s been in law enforcement. It’s uncanny the way he can do so much and not slip up. It’s pissing me off.”

“What about me? According to you, my life is about to be over as I know it.” She grabbed a tattered tissue from her purse and blew her nose. As she took a quick look in the makeup mirror, her complexion told a sorry story of incessant stress and sleep deprivation. What a mess. She plunged the mirror back into her bag and noticed paper clips strewn across his desk. One by one she gathered them into rows and columns. Then she gathered each row and deposited them back into the paper clip holder.

“Listen, I’m not giving up on you or on trying to find the sick bastard. I just think it would be best for you to disappear into a whole new life. As long as your stalker remains a mystery, it’s not safe for you to be… you. I could suggest what I’m sure all the others have— change your routines, move to another part of the city, or hire security…”


“I’ve done all that already, and he’s still around.”

“The last, most severe response is to skip town and start fresh somewhere else. Keep a low profile in some invisible job where nobody knows who you really are.”

“Do you realize what you’re asking me to do? I own a thriving book store. I have family and friends. I can’t just give it all up. Then he wins.”

She raised a brow and turned away, to straighten the various piles of paper on his desk and align each container to another rather than face the truth. 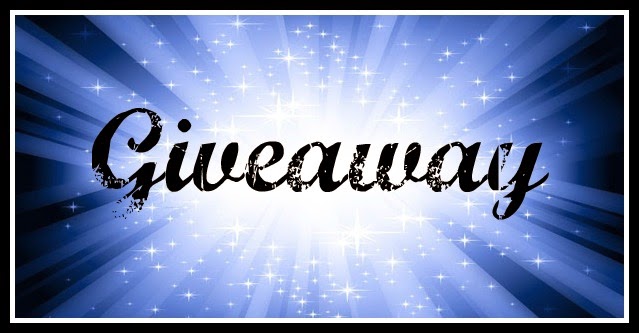