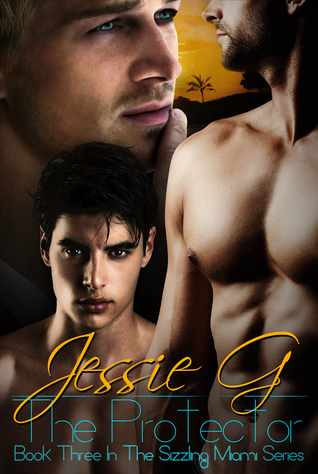 
There was a time when Master Saul Alvarez filled his days fighting and his nights teaching willing subs the pleasure of his whip. His compassionate understanding of the masochist mind makes him the most sought after professional sadist in the Miami BDSM community. Neither role invites long term relationships, but he’s comfortable with his solitary existence until he is charged with guarding Durango's prized whore. One look into those terror filled eyes has him vowing to risk it all to save the beautiful man.
Javier Escardo had been praying for death, but never expected the stone cold killer he got in response. One glimpse into those sinful eyes reveals not only the promise of retribution, but a reason to live. Seven years later, free and mostly sane, Javier is determined to take what belongs to him. Saul’s heart. Through hell and back, through layers of pain and shifting realities, that one truth has remained firm. His protector needs saving and he can’t do it alone.
Hidden beneath the public persona, Kyle Jansen is a man who craves to be invisible without being insignificant. He longs to find a Master who will see his need to be taken over without abusing him and a lover who will care about him beyond the sexual games. It isn't until he encounters the smoldering combination of Saul and Javier that he realizes it was never supposed to be just one partner at all.
Can two battered hearts be mended by the love of a third? Kyle becomes the light to their darkness, and he’s willing to risk his heart for theirs, but when the past threatens Saul, will Javier’s sacrifice destroy them all?
Author’s Note: The Protector deals with issues of sexual abuse and forced prostitution. While these acts are not detailed on the page, there are many references to them and the ongoing fight to heal and overcome. This book should not be read by anyone who would be adversely affected by these references.

This begins with a blast from the past and it is a truly painful scene but it does set the stage three men step into. A journey they never expected to survive or ri find love at the end of the tunnel.

Wow, sounds mushy doesn't it? But seriously, if not for the violence, the sexual abuse Javier endured and survived, the killer path Saul gracefully dons and shrugs off as just the normal course of life, then yes, this would be one mushy book. And the romance that developed between the three men? Oh my.

Sizzling. Hot! oi! and it's a menage so there you go :D

So Jessie G comes up with a totally different book from the second one of this series. Where that one was fairy tale like, this is more like a dark erotica filled with violence and men skirting the edge of the law. These men go through prison to get a madman in line. They both paid the price and continue to pay it. If Kyle had not come in, would the two have survived for much longer? Maybe. Maybe not. Javi is broken. Saul, despite his machismo and sheer presence, is also reaching his breaking point.

Kyle, well, he is also at the end of his endurance but had made an exit plan which he followed and executed to the letter. His meeting Javi and Saul was a bit of a surprise and sort of a complication but it was an experience he cherished and held on to until his plans fell into place. Truth: he used that experience to hold on to his sanity.

So there are some harsh truths here as the author noted on the blurb. Then again, who said slavery was a walk in the park? Javi does not think so and the author decided to give it her spin and came up with a man who is a survivor despite his apparent weakness and his survival shows a strength of will and character few could equal. Does that hint to you I love, love, LOVE! Javi? It should. Saul and Kyle? They are the icing on the cake that is Javi and reading their story is an experience. Delicious, like dark chocolate that is bitter on the first taste but bursts into a romance full of flavor and passion. Holy moly! (note: notice I did not say Holy Cow? You get what I mean and man, this one is the real deal. hehehehe)

Posted by multitaskingmomma at 8:54 AM