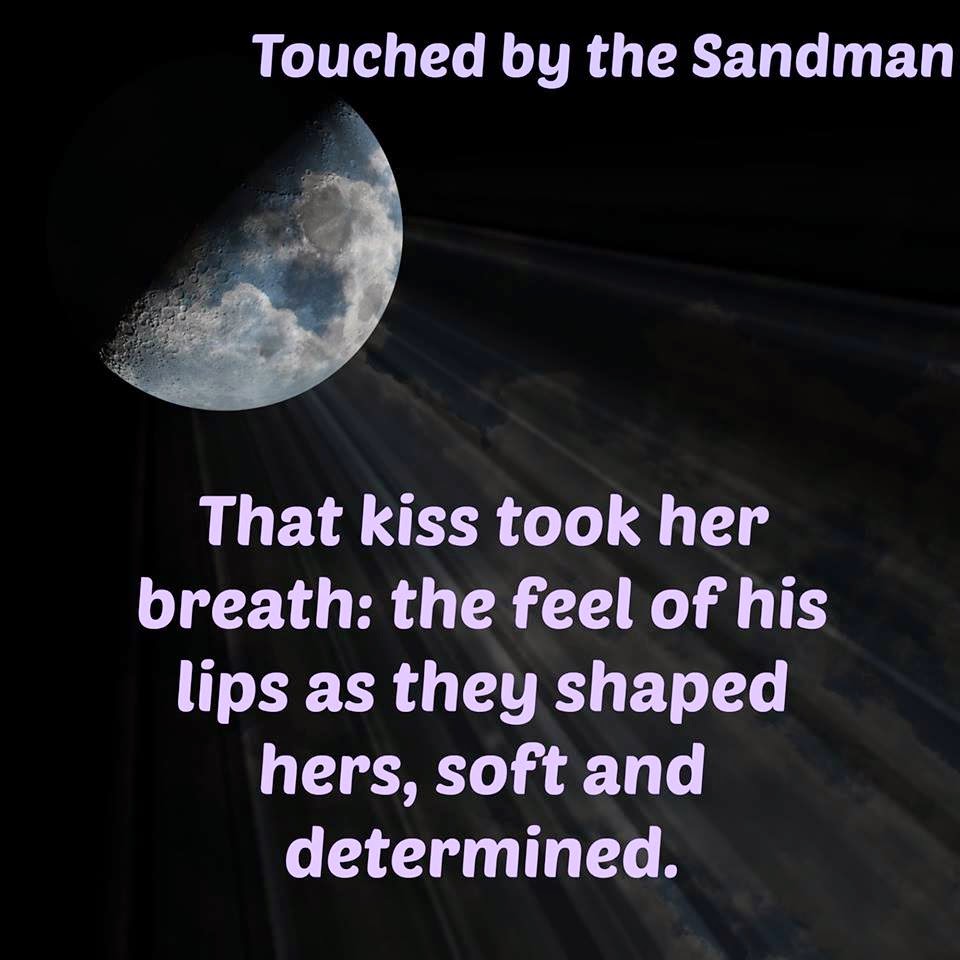 Beverly Ovalle lives in Wisconsin with her husband Edmond of 25 years and two Chinese Water Dragons. Her son Nicholas visits when he is on leave from the Marines.  Her daughter Susannah visits from time to time to make sure us ‘old’ folks are alive and kicking.

Beverly has traveled around the world thanks to five years in the US Navy and has worked for the government in one capacity or another for the past 30 years. Beverly and her brothers have travelled most of the continental United States as children due to the station wagon from Hell.  Still active with veterans, she is adjutant for her local AMVETS.

Beverly has been reading romances since her Aunt introduced her to the gothic romance in the fourth grade and is still reading every chance she gets. 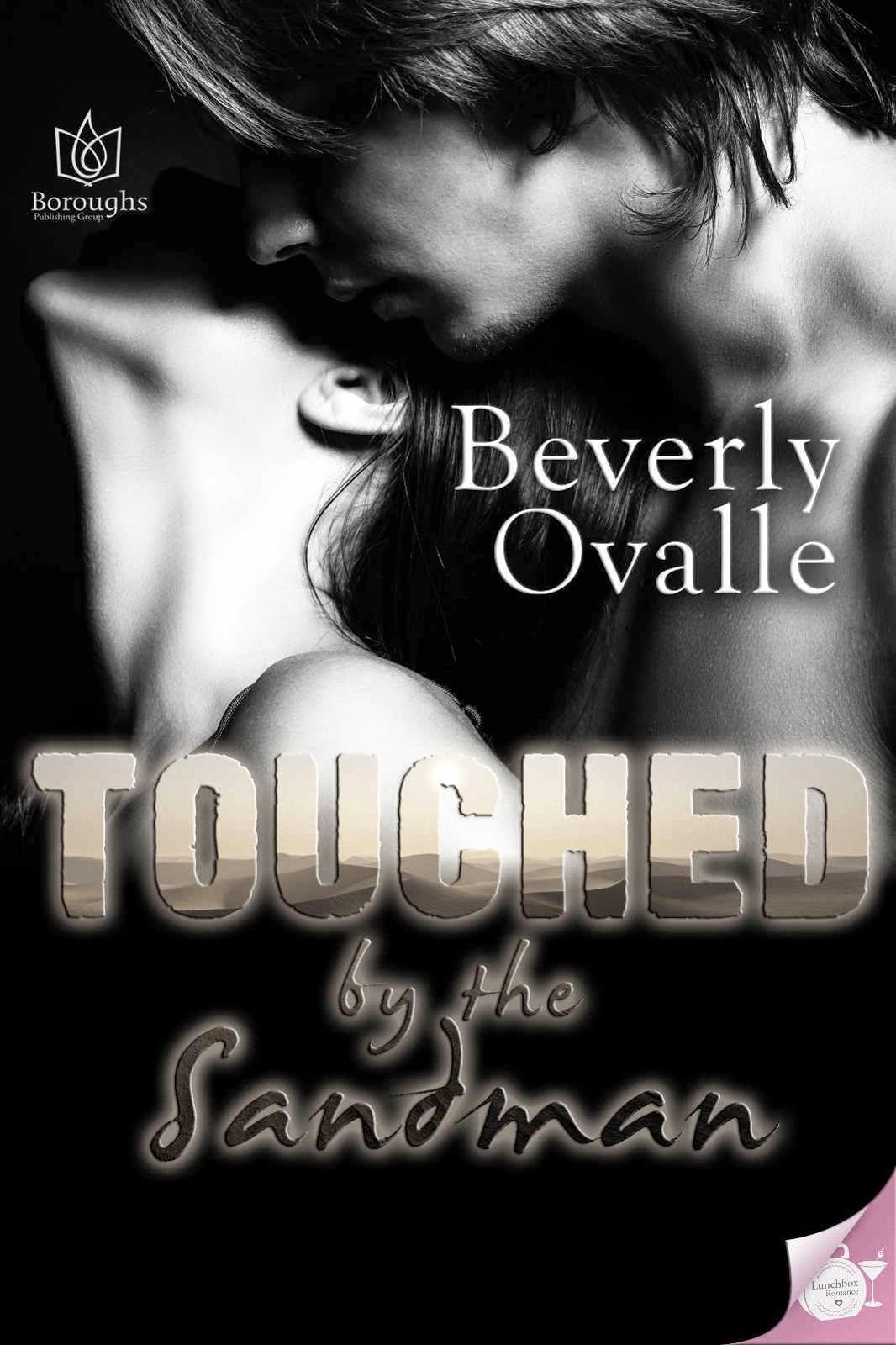 ~A lonely woman's torrid sexual dreams and fantasy partner await her as a dominant reality in another dimension~The sandman visits those that need him, assisting them to sleep. Until one night he meets a woman that he cannot help but return to time after time.She is lonely. He comes to her as she drifts off to sleep, the man of her dreams. Awake or asleep, which is her reality?He knows she is the one meant for him. He will find a way to make both of their dreams come true.

Review by: Ramona
My Rating: 4 out of 4 Stars
(Based On Short&Light Read Category)

Strangely enough, while Tales of the Sandman should probably evoke the classic Andersen "Sandman" tale, Beverly Ovalle's short story reminded me more of Peter Pan, especially the poignant moment "clap if you believe in fairies!" part. I won't say why, you just have to read it to find out.

There's few people who would admit to imaginary friends while growing up, although it's more common in solitary, lonely children, and they usually disappear when the child becomes older. What's strange in Alainn's case is that her imaginary friend, a little boy, grows up with her. And while he used to bring her on fantastic adventures when they were young, their romps have turned into a more steamy, physical sort. Not that she's complaining, well, at least until she wakes up. Because her dream man is just that: a figment of her imagination.

Aryne has a great talent - he brings comfort to people through their dreams and sometimes by his healing touch. It's normal for him to give a caress (sometimes something more) while making his rounds each night. Alainn's always held his fascination, though. Perhaps she's more than just a nightly visit for him? Can there be something different, stronger, for a sandman?

This short has it all: completely formed characters, two worlds, and a scorching hot series of encounters. It's amazing what wet dreams can do out in the daytime; and so much more at night! Alainn and Aryne only connect when she's asleep so she's not really sure how much of her dreams are truth and how much would be wishful thinking because her lover truly does seem real. She's been embarrassed to be called out on daydreaming since she was a child so it's no stretch to the story that she's reluctant to admit even to herself that there could be more to her imaginings. But dreams do come true, right?

The darkness blurred and shimmered, bringing to life a man of moonlight and darkness: Aryne.

Before him Aryne could see her, lying in bed, tears of loneliness staining her pillow. She made his heart ache. He softly stepped to her side. His hand touched her face and gently pushed back her hair. He leaned over and placed a gentle kiss on her forehead, turning her dreams from sadness to joy. Her body arched toward his touch as the skim of his hand, the heat of his skin traced the edges of her curves. He stepped back…and then within the shimmer of dreams disappeared.

Night after night her loneliness cried to him. Unable to resist, he came to her. Subtly he inserted himself into her dreams, into her arms. Aryne knew it was wrong. As a guide, his job was to bring sweet, peaceful dreams. But no one affected him like she had. He was unable to resist comforting her, drawing her into his arms, covering her body with his…but only in her dreams. There Aryne stole the passion from her lips, igniting an ache in his body that would not go away.

Touching her shattered him. He knew instinctively that her touch would be his downfall. Her touch could keep him here in this splinter of his world, isolated as all of the Outcasts were. Generations had gone by; those exiled had died long ago, their children mixing amongst the races of the universe.

He had tried to stay away, fearing this. He was adrift, swept away, drowning in her passion, breaths away from losing himself. Giving in, acknowledging the power she unknowingly had over him would condemn him, keep him here if she was unable to travel to his world. Very few could navigate between worlds. And this world would drain his power rather than enhance it. Even the short time he spent there took its toll on him, the drain only in abeyance when he was in her arms. Try as he might, he could not resist her siren call. Only by controlling her and the passion between them could he make sure that he would not become lost. Lost in her. Trapped forever in her world.

He had done his best, gentling her to his hand, to his control. She knew the unspoken rules, knew the consequences. He played them out in her dreams, a dark symphony of passion and restraint. Perhaps unforgivable for a guide, but he could not resist. And just her body was no longer enough. Eventually he would capture her heart and soul.

A man of shadows, it would be during the midnight hours of her slumber.

Note: Copy provided by author in exchange for an honest review.

To get a chance to win an ebook copy of Touched by the Sandman, leave a comment below and don't forget to leave your contact email address.

We will randomly pick 1 lucky commentator and Beverly Ovalle will email them their ebook version of choice.