Stacey Rourke lives in Michigan with her husband, two beautiful daughters, and two giant, dogs. She loves to travel, has an unhealthy shoe addiction and considers herself blessed to make a career out of talking to the imaginary people that live in her head. 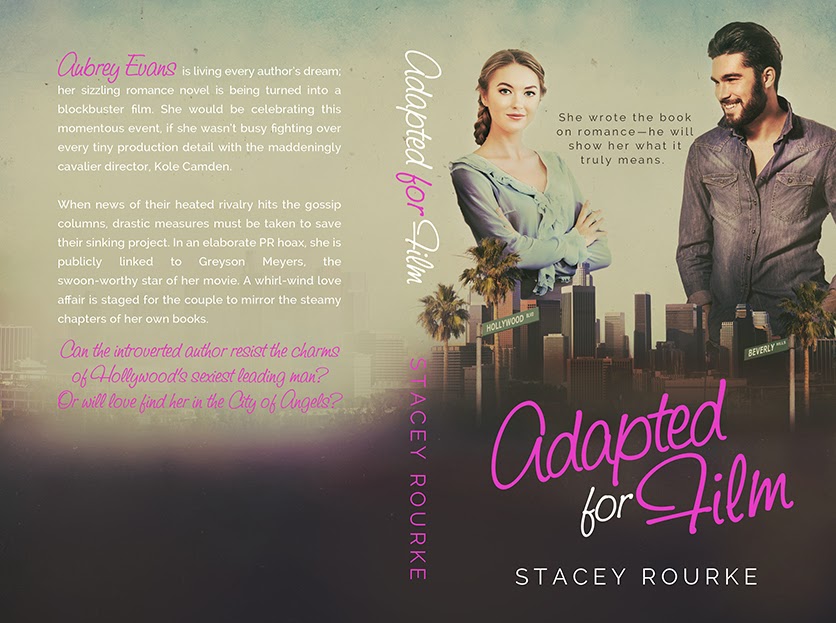 Aubrey Evans is living every author’s dream; her sizzling romance novel is being turned into a blockbuster film. She would be celebrating this momentous event, if she wasn’t busy fighting over every tiny production detail with the maddeningly cavalier director, Kole Camden.
When news of their heated rivalry hits the gossip columns, drastic measures must be taken to save their sinking project. In an elaborate PR hoax, she is publicly linked to Greyson Meyers, the swoon-worthy star of her movie. A whirl-wind love affair is staged for the couple to mirror the steamy chapters of her own books.
Can the introverted author resist the charms of Hollywood’s sexiest leading man? Or will love find her in the City of Angels?

“I think I get it. If a butterfly were to land on you, its touch would be so delicate that you would wonder if it had really happened at all, or if it was merely your mind fantasizing that such a rare beauty would honor you with the gift of their touch.”
A gorgeous man uttering such poetry temporarily short circuited my brain. Catching myself doing the slack-jawed fan-girl thing, I quickly snapped my mouth shut and averted my gaze to a nonthreatening cement turtle by the edge of the gazebo.
“Yep,” I muttered to the turtle. “I think you’ve got it.”
Unfortunately for my last remaining shred of dignity, Greyson wasn’t done with his tutorial. He closed the distance between us with a burning hunger blazing in his eyes. A hot flush rose in my cheeks, creeping clear up to my earlobes as his sculpted body skimmed against mine. Toned, rigid perfection only a few thin layers of fabric away …
“What are you doing?” My voice failed me, coming out in a raspy yelp.
“Making sure I’ve got this right.” Temptation, of the most carnal variety, emanated off of him. His focused gaze followed the curve of my lips, the lift of one brow promising toe-curling fun.
It had been a really long time since someone had looked at me like that. Much less one of the sexiest men on the planet. That almost never happened.
“Aiden wouldn’t grab Paige, wouldn’t pull her to him.” Raising one hand, he traced the length of my arm with two fingers.
Starting at my wrist, he worked his way up. His skin never actually made contact, but whispered over mine in an electrifying rush that rolled and built. Bowing his head, his silky locks tickled my cheek. Hot breath teased over my collarbone, awakening a need so powerful my hands curled into tight fists at my sides. Agonizingly slow, he raised his head. The blissful torment of his lips teased over mine, setting the veil of energy between us alive with desire.
“He wouldn’t want to crush her lips with his need,” he murmured against my mouth, “but would wait … patiently for her to close that last … remaining … space.” 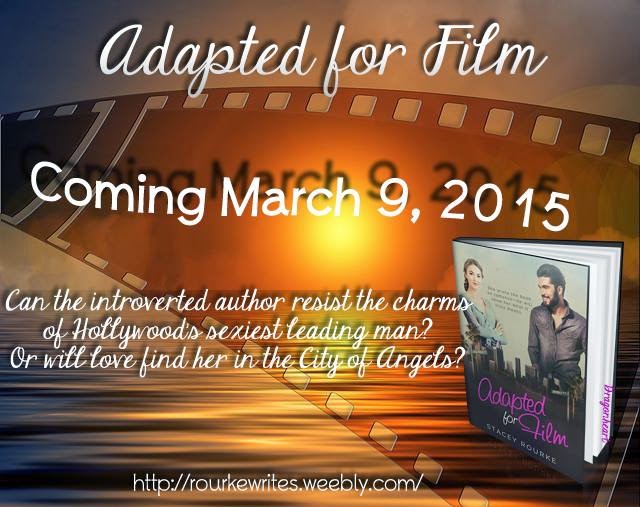 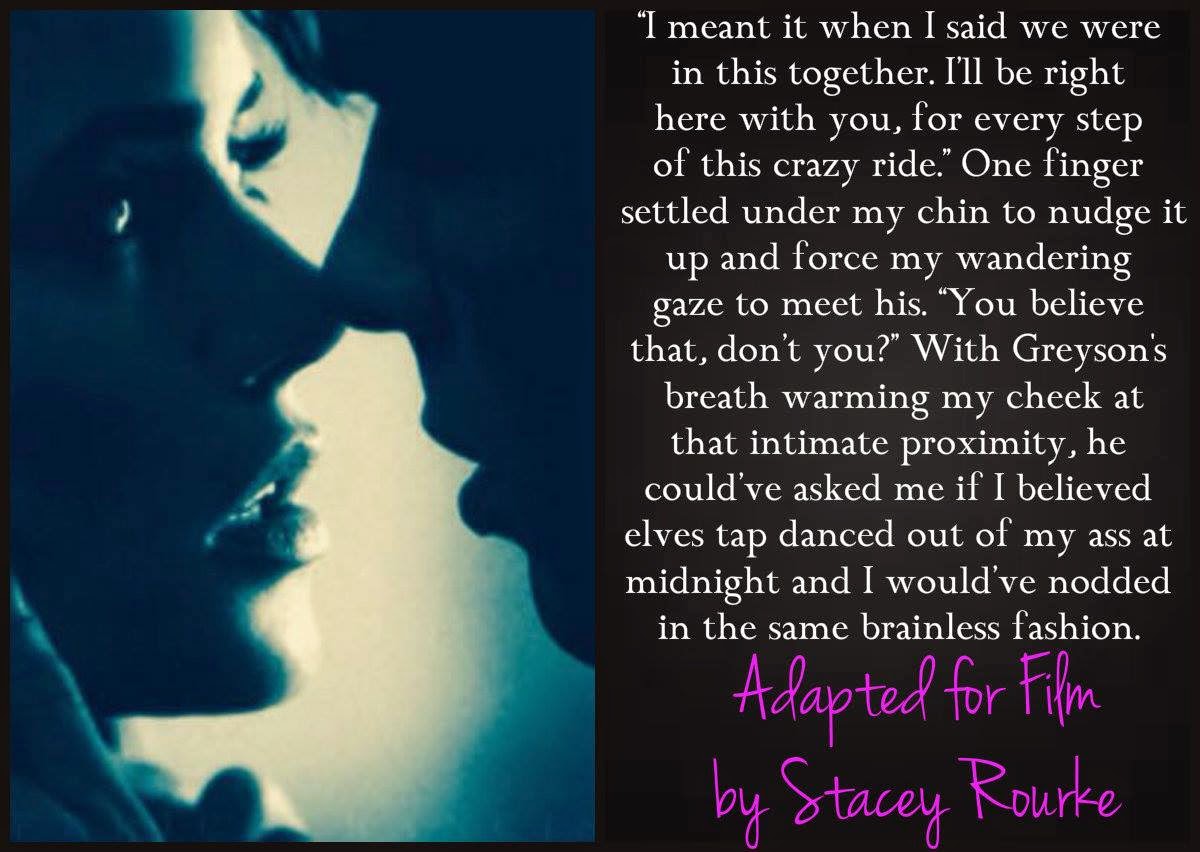 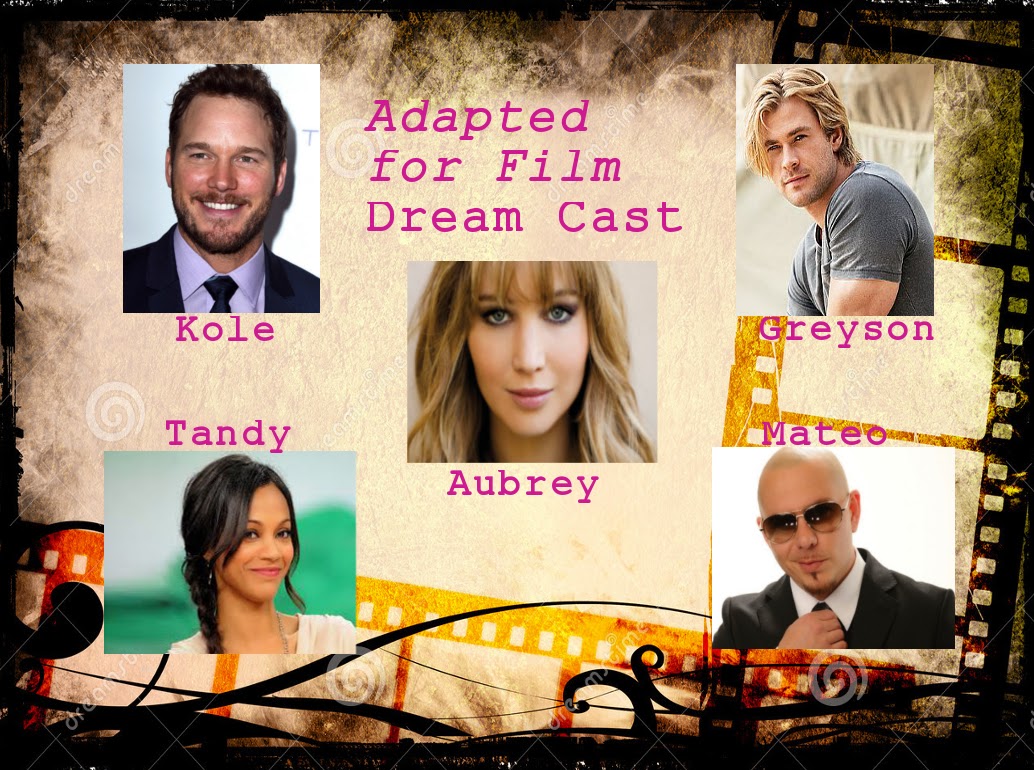