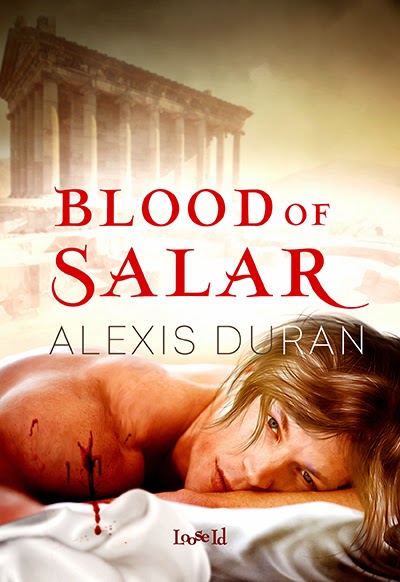 M'lan, headmaster of the order of Ka'alar and Jamil Jarka, king's assassin, find their impossible love challenged to the utmost as a rebellion sweeps them apart, sending Jamil on a dangerous mission to assassinate the rebel leader, General Charvat.  Unknown to anyone, Charvat is on his way to the temple to exploit the headmaster's magical abilities.
When the rebel army arrives, M'lan is thrust into a struggle against political and sexual dominance as Charvat attempts to break his resistance. Violence and death mount, awakening within M'lan both the powers of destruction and the desire for revenge. On the trail of his prey, Jamil begins to question his devotion to M'lan as his once innocent lover transforms into a mage and invades the assassin's thoughts and dreams.  The closer Jamil draws to M'lan, the more he puts his life and his very soul at risk.  Jamil soon realizes that his lover might prove to be more deadly than the man he was sent to kill.
A final confrontation between assassin and monk might destroy them both, but Jamil is relentless in his determination to rescue M'lan, for he knows that only his love can master the mage.

M'lan knelt beside the assassin's bronzed body. He placed his palm on Jamil's chest and silently beseeched Salar to remove the deadly impulses instilled in Jamil ever since he began his training as an assassin. Jamil closed his eyes and seemed to relax, but as the warm energy of the god seeped through M'lan's fingers, Jamil jerked suddenly to full alertness. Like a cobra striking he seized M'lan's wrist and gave it a painful twist, eyes flashing. M'lan sat back, startled.
Jamil did not let him go. He let out a slow breath and lifted M'lan's fingers to his mouth. He kissed the knuckles of a clenched fist. "The last I thing I need is more spells to confuse this simple warrior's mind."
"A prayer is not a spell!" M'lan tried to pull free but couldn't. He gritted his teeth, fighting back a rising anger. Jamil's strength both entranced and infuriated him.
"Stop trying to weaken me." Jamil said in a wretchedly calm voice. "You must stay here and do your duty, I must go away and do mine. Nothing has changed."
M'lan inhaled slowly, breath catching. "Let me go."

We Asked The Author:

Do you have characters who argue over whose turn it is next?  Oh yes.  Just yesterday I woke up with a new story spilling out of my head and I couldn't write fast enough to get it down. I spent the entire day writing this new, upstart story while my characters for the novella I was supposed to be working on groused and muttered in my ear 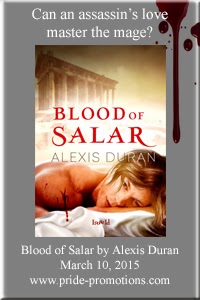 Rafflecopter Prize: A copy of Touch of Salar, Book 1 in the Masters and Mages series and a $10 Loose Id GC 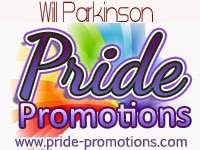