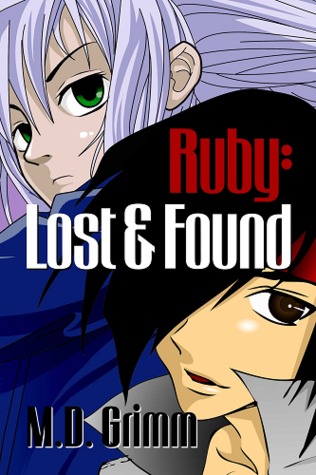 Morgorth is a mage on the planet Karishian. There is little he hates more than the Stones of Power—gemstones infused with magick by the first seven mages ever born. So when a sorcerer gets hold of a major stone, a ruby, Morgorth has no choice but to go after him. But, to his irritation, he is not alone. Aishe is a dialen whose tribe was massacred by the sorcerer, and is now on a mission of vengeance. The attraction is instant between them, but Morgorth keeps his distance. Because of a traumatic childhood and a deadly destiny, he has no desire for emotional complications. But Aishe's very presence challenges Morgorth's resolve.
Not only does Morgorth begin to admire Aishe's strength and intelligence, but he begins to see Aishe as a friend. As their hunt continues and their time together lengthens, their bond deepens, as does Morgorth's fear. If he becomes the monster that destiny claims he will, will he hurt Aishe? Will he harm the one person who sees right through him? Who accepts him wholeheartedly? Determined to not let that happen, Morgorth keeps Aishe at a distance, but when Aishe is kidnapped by the sorcerer, what will Morgorth do to get him back?

M. D. Grimm has a vivid imagination.  Not only has she created an interesting world, she has populated it with fascinating creatures.  There are humans of varying races, and there are fanciful creatures, some friendly some not so friendly.

Morgorth is not only a powerful mage, he is the “seventh son of a seventh son,” a creature the prophecies say will ultimately destroy the world.  Which is why he was condemned to die by the council of mages, but was saved by his mentor, Master Ulezander, who saw something in the young Morgorth that other mages could, or would not.

Morgorth has used his power to create the fortress of Geheimnis on a mountain peak.  His fortress is protected by magick, and by the forest of Vorgorth, which is filled with powerful  creatures, all of whom serve Morgorth.

Morgorth is gathering stones of power, of which there are many, and is particularly searching for the Seven Stones of power created by sorcerers of old.  He has become the self-appointed guardian of the stones, and has them locked away in his fortress under magickal protections that safeguard the world from them.

Enter Aishe, a young dialen.  Member of one of the many tribes that inhabit the forests of the world.  Aishe and Morgorth are linked by tragedy, and ultimately become lovers.

This book is at once powerful, and fascinating, and I thoroughly enjoyed reading it.  The author is perhaps a little too fond of non-standard dialogue tags, but she doesn’t overdo it, so I won’t fault her for it.

I won’t go into a lot of detail, because to do so would get into the area of spoilers, and it is better for the reader to discover this world without too many foregone conclusions.  Suffice it to say that If you like reading fantasy, you will enjoy this book.  And, FYI, there are some descriptive sex scenes in the book.

This is Book, published in 2012, is book one in a series titled Stones of Power.  The other books so far, are:

Posted by multitaskingmomma at 7:26 AM