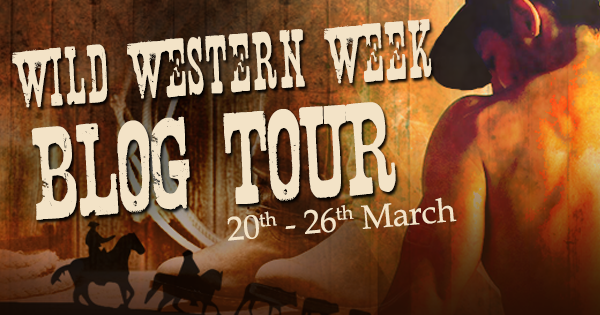 Wild Western Week Blog Tour – Talia Carmichael
Totally Bound are running two blog tours in conjunction with their Wild Western week promotion, one MF/MFM and one MM. Visit their facebook page to find out more about the blog tour stops, discounts and deals on offer! 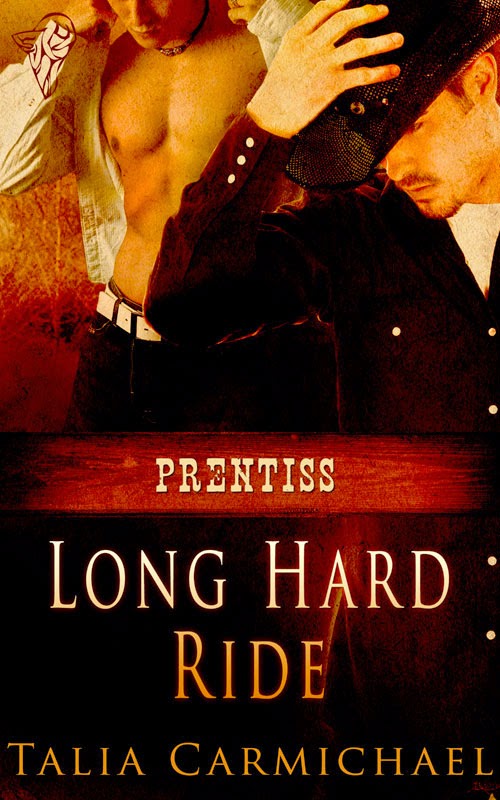 A widower, after years of being alone, is tempted by a man he didn’t know was wooing him.
Paxton Lawson has rebuilt a life after losing his life partner. For his sons he’s moved to Prentiss and found a new place to belong. He’s made friends and enjoys the community. But when one friend makes his intentions known, Paxton is shocked...then tempted. Windsor is smart, able to debate books and any number of other things, and sexy. The sexy part Paxton has not faced...at least until now. Now that he is aware of it, he can’t seem to get over the fact that this man, who is a friend, wants him. Paxton can’t decide if he’d rather go back to being oblivious or give in to the need Windsor has awakened. How do you deal with a man who makes you remember that you’re a man who has needs? You hold on tight and enjoy the ride.
Windsor Broadhurst has got to know Paxton very well. From the first sight of the intense man, he knew he wanted him for his own. But he also knew that before he approached Paxton, he wanted to know Paxton as a friend. Once he did, the desire he felt only strengthened. Now he is ready to let the captivating horse breeder know he wants much more than friendship. He lays out his intentions and waits to see what Paxton decides. What he gets will surpass what he expected. Only time will tell if Paxton will be able to let go of the past to embrace a future with him. Windsor is ready, willing and able to continue with Paxton on his Long Hard Ride.

Aspects of a Cowboy

There's something about a cowboy that creates all sorts of emotions. There are many views of cowboys - the strong silent type or the fun loving type are two of them. For me, a cowboy can range from either of those to any other number of things. When I decided to create my cowboys in my Prentiss series I wanted to explore all types of cowboys. In my Prentiss series, the cowboys fall in love with men like them or in many other professions. There is the connection to someone else that they find which sparks their interest.

I enjoy getting into the mind of my cowboys and learning all about what makes them who they are.  Some are the strong silent types who are better at showing how they feel than expressing it. Through their deeds they let the one they care about know how they feel about them. Another type is the intense, driven and focused only on work cowboy.  When they find someone, that intensity comes through to that person. Then there is the fun loving cowboy who embraces the zest of life as much as their profession. No matter what type, I love everything about cowboys. As I write about my rancher owners, horse breeders, foremen, or any other number of professions a cowboy can be. I have such fun getting inside their head, finding what makes them tick and who they are.

There are so many aspects to a cowboy’s personality and I enjoy getting to know each one. The integrity they live by and their own set of rules that makes them who they are. Honesty and respect are key factors of what they believe. When they care they feel it deeply. Then when they choose those to care about they go after them in their own way. It can be a slow seduction starting within a person's mind then going through their body before capturing the soul.  Or a fast no holds barred to get who they want. They want them and will use all the tools at their disposal to get that other person. In my opinion, there is no stopping a cowboy once they set their sights on what they want.

With each cowboy I write I fall deeper in love with these men. They work hard and love just as hard. Once they find the one to share their life with they can share those long days and nights with them. They meld their lives and work together to become a family. Finding the other person that fits you is a wonderful thing. They ride across the open range with them by their side as they live their happy ever after.

Windsor’s steps slowed as he spotted the man the breeding business had brought into his life—Paxton Lawson. Paxton sat in the saddle comfortably, putting Ra, the distinguished black Arabian, through his paces. Man and horse moved in an effortless dance as they worked.

Although he’d been around horses his whole life, Windsor had never seen anyone with the same ability as Paxton when it came to the animals. Windsor stood at the rail, watching them. It was as if Paxton was inside the horse’s head and anticipated his every move. Watching him and Ra manoeuvre, it was no wonder Paxton was known for breeding winners. Ra was almost delicate as he raced around the ring, before coming to a standstill right before where Windsor stood leaning against the rail. Paxton pushed up his hat from his face.

Windsor’s breath caught as with he tracked the sweat rolling down the face that had been filling his dreams as well as his waking moments. Paxton patted his forehead with a handkerchief, next he wiped along his aquiline nose, then across his prominent cheeks before wiping off his chin. A smile curled his full lips, showing off dimples that bracketed each side. His pale grey eyes had the same welcoming warmth as his smile. Paxton swung one long, lean leg off the back of the horse, sliding off the animal. He held the reins and escorted Ra to the exit. Windsor hurried over, opening it for them.

Like the sound of the Prentiss series? Buy it here.

Enter Totally Bound’s competition for the chance to win three cowboys and western titles of your choice by entering our prize draw.

In Ralston's Way (Prentiss #1), we get introduced to the ranch and the men. Focus for this first book of the series is the relationship with who Morgan Ralston labelled as a diva, computer guru Blayne Dalton. Now, these two men are so different in both physique and manners that it was quite a funny reading about how their relationship finally gets to the point of no return. Although this was well written textually, I could not quite get the attraction between the two men. I did love them, no doubt about it, but there was something I missed. The best thing about this first story is that this establishes the who behind the succeeding ones. Now, that, is the interesting part.
Reading Long Hard Ride (Prentiss, #2), this shook me up a bit. The backstory to this particular installment, I had to hunt down. Truth is, these two men were a complete surprise for I had expected the next installment to focus on those who I had met in the first book. Although in the first book it was mentioned that the Ralstons were family, the details were quite vague and that was one of the points that bothered me about book one. So, now we make a little progress on the details and meet but I am still stumped on some details and whys.
Here in book two, two men meet and connect. They are Paxton Lawson and Windsor Broadhurst. They are the stereotypical friends-to-lovers couple whose love story is really quite romantic. Slow burn romance is the key element to this plot but as I had trouble making connections, I got a little distracted.
Moving on to Opposites Attract (Prentiss #3). This one is about two more familiar men whom we got introduced to in book one. Drake is the foreman of Prentiss Ranch while HC Wagner is the Viking Biker. Huge and tattoed, HC is a chef but his looks betray him. That he is really quite the gentle giant is another thing that catches my heart. Two polar opposites, this was probably the best written in terms of plot and series continuity compared to the other books. It was fun reading how Drake huffed and puffed until he nearly blew himself in before finally bowing to the charms of HC.
For the last book, Unbound Reaction (Prentiss #4), Kendall Weston is an amusing character. How naive can someone be? He takes a job in a ranch and does not expect meeting horses? Thomas Ward, on the other hand, is a horse whisperer of sorts and he is in charge of educating Kendall to the joys of horse riding. One man running away from a broken heart, the other communicates better with horses than humans, this was, I think, the best story of the lot. There was just something about this particular installment that grabbed at me. Naivete and all.
Although taken as standalones, this series of books do not really cut my cake, I must admit that after reading these, I actually fell in love with the whole concept that is Prentiss. Mind you, this is a fairy tale story for where in the heart of conservative America will a scenario like this ranch exist without getting run off by bigots? This ranch is raining men, of the gay kind, so reality has no business here. As a fairy tale, now that is what made me really enjoy this series.
I have some issues, I have admitted that, but overall, yes, I really enjoyed myself. I laughed a few laughs, I snorted at a few ridiculous scenarios, and I huffed at the more unbelievable ones. These are exactly what makes a great story to read for these were fun and took me away from  the realities of life that  bite.

Talia Carmichael is a romantic who believes that family, no matter if it is by blood or those you choose as family, is integral to who you are. She is an author who writes sexy stories in a variety of genres. She believes in creating stories that encompass all that falling in love or lust entails, from the highs of that first blush of attraction to the lows of not knowing if you can make your coming together as a couple work, and then finally to the acceptance of the reality of making a life together. It's all about the journey.


Posted by multitaskingmomma at 8:51 AM