Anna Lee graduated from the University of California Riverside with a Bachelor’s Degree in Creative Writing. Living with a disability, she has overcome many challenges and puts her passion for life and love into her writing. She lives with her family and dogs and enjoys writing late into the night. When she isn’t writing, Anna enjoys spending time with her nieces and nephew or chatting with her friends about her favorite books and TV shows. 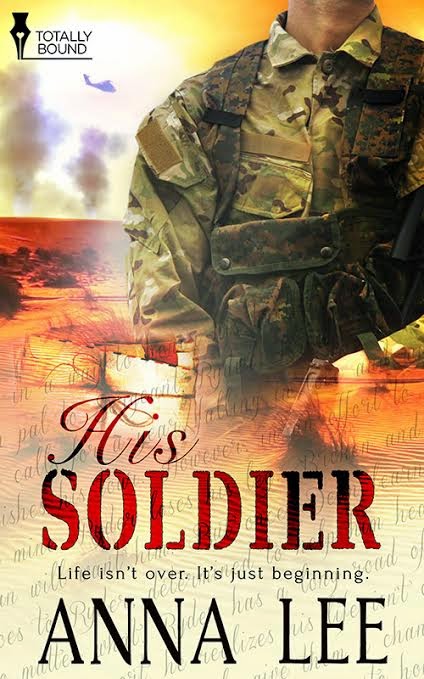 Sometimes you find love where you least expect it, for Sergeant Ryder Brooks that’s writing letters home to Dean Anders, his army pen pal… After a tragedy, in a way to honor his brother and try to cope, Dean becomes a army pen pal to Sergeant Ryder Brooks. The two connect through letters and phone calls for a year, falling in love and making plans to meet when Ryder finishes his tour. However, in an effort to save one of his men who steps on a mine, Ryder loses his leg. Broken and depressed, he doesn't think Dean will want him. But once Dean learns what happens, he immediately goes to Ryder, determined to help him heal and show him that he loves him no matter what. Ryder has a long road of recovery ahead of him, but with Dean's support, he realizes his life isn't over, it's just beginning if he’ll only give them a chance.

His Soldier is just one of those stories where the first page grabs your attention and never lets go. The sad part is reaching the end, although, it's not sad for it is a good ending. It's just sad it ended.

This is the story of how two men meet using the Pen Pal program of the military, hit it off, fall in love, and eventually meet to realize they are truly meant for each other for all the days of their lives. They meet some distractions along the way like the loss of a limb and other men who want their attention, but that is all in the sidelines.

Dean lost his biological family when he turned sixteen after admitting that he, indeed, was gay. Tossed out of house and home, he never expected his best friend, Dax, to take him in and accept him as his own true brother. Dax's mom, Mama Beth (someone we all need in our lives) is a foster mother so did not think twice to take him in and treat him as her own son. It could have all gone well and normal for both Mama and Dean had not Dax lost his life fighting off somewhere for his country. The grief nearly drove Dean to despair until he started writing to a pen pal in memory of Dax.

Ryder had been a foster kid all his life and it was not glamorous or fairytale-like. He got tossed every which way until he turned of age to join the army. Being alone all his life meant he had no one to share his loneliness with. For some reason, he signs up for the Pen Pal program and receives a letter from someone called Dean.

Their exchange of letters set the tone of how the two men got to know each other intimately without meeting each other physically. This part of the story should have sounded like a fairy-tale but it is not. History takes into record that two people do meet through the pen and fall in love. This day and age, the multimedia does the same trick. Many simply connect and fall for each other. This is what happens to Dean and Ryder and it is truly a romantic story.

Overall, despite the blurb's sombre, if not, heavy drama plot tone, this is one very, very light read. The drama that happens is expected, understandable and incredibly, real. The angst that develop when Ryder thinks he loses all sense of manhood due to a loss of limb is also very real. Thankfully, the lightness of how this was written made this an incredibly fast read that not only entertained (this is HOT!) but it also makes one think of just how many men and women out there are fighting for our freedoms and yet have no one to talk to or reach out to when the lights go dim.

So, uh, I’ve never really done this. I mean I had a pen pal when I was, like, eight, and I waited for the mailman every day to see what Skylar would say about kangaroos in Australia. Everything is so techy now, you know, email, texts, and written letters are rare. I guess that was part of the appeal—this just feels more important taking the time to write by hand. And you deserve that.

The reason I decided to become a pen pal is I recently lost my brother and, well, I thought in his memory I’d do more to give back and find ways to support guys like him going through hell over there and fighting for our country. I want to say thanks, and I honestly do admire you. I don’t think I could do it. I’m a creature of comfort and complain ridiculously when it’s hot.

Anyway, I keep going on about me. Thanks for everything you’re doing. I hope you’re staying safe. I’m sure you got a lot going on so if I don’t hear from you it’s okay. I just wanted to let you know I’m thinking of you and wishing you a safe journey home. 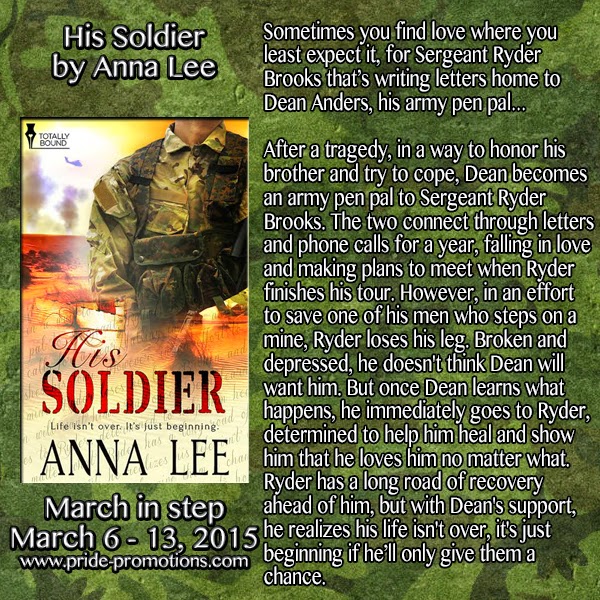 1 – What is your secret indulgence?

2 – Favorite way to unwind at the end of the day?

Watching episodes of my favorite TV shows like Supernatural, Arrow, and Doctor Who. 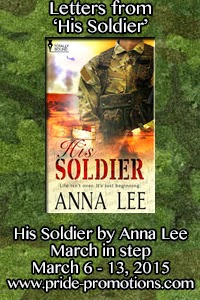