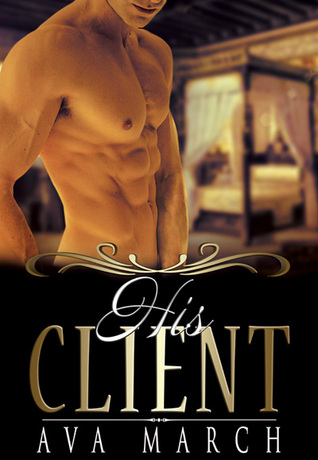 Love wasn't supposed to be part of the bargain…
On every visit to Madame Delacroix’s brothel, Nathaniel Travers requests the same man. Stunningly handsome and highly skilled, Jasper not only shares Nate’s fondness for wickedly erotic games and black leather corsets, but he has become a trusted confidant. And Jasper’s the only person who knows Nate longs for a committed relationship with his childhood friend, Peter Edmonton.
Unrequited love hurts, but it hurts even more when the object of affection is in love with another. Jasper Reed has been working at Delacroix’s for a decade. He’s saved enough to retire, yet he remains at the decadent London brothel. Leaving would mean leaving Nate and the hope someday the rugged gentleman would stop pining for his best friend and realize he loves Jasper, just as Jasper loves him.
Edmonton’s impending marriage looms before them, causing Jasper to take another look at his stubborn heart. Yet Jasper’s a bastard whore, and Nate’s the nephew of a viscount. Surely there can’t be any hope for them…
Note: This is a previously published work. This second edition has been edited with minor changes. For readers who purchased the original edition, this second edition is not substantially different.

These two have been at it for quite some time, but Jasper is not in the position to demand anything. Neither is he in the financial position to leave his job and go for calmer seas so to speak. What held him on to his job were two things: financial and Nathaniel Travers. Working in a brothel in a time when homosexuality was a given but never talked about, Jasper knew he needed to keep his own council and make sure that his clients were catered to. For others, it meant more money. For Nate, it was given with all heart. Unfortunately, his emotions were never considered by the man.

Nate's needs remained hidden, and so were his feelings. He knew his role in this day and age and one of them was to show the Ton that he was a capable man. Realization hits hard when he falls for Jasper who is not a member of the Ton. How can he get their relationship to a point where they are both comfortable with each other, exist in a time when the very relationship between two men is taboo and hangable, and still find love?

There were things going on here that made me frustrated for if these two were only living in the present they would not have feared so much. Unfortunately, this is set in historical London and it was dangerous for both to be out in the open. There was a real romance brewing here and their characters grew as the pages turned. Something that I truly appreciated. The way author Ava March did it, their fears were real and their realizations of their situation even terrifying. But love is love so how could they resist? Historical M/M this may be but wow, this was not a Victorian read whatsoever.

“You’re wonderful, Nate. Any man who wins your heart should count himself very fortunate.”

Jasper’s pulse skipped a beat. But judging by the way Nate arched his brow in sardonic disbelief, the man hadn’t read anything more into Jasper’s statement, nor had he heard the longing hidden behind it.

“Indeed.” Jasper threw him a playful smile. “Who wouldn’t count himself fortunate to be guaranteed a lifetime of orgasms of amazing proportions?” He bumped Nate’s knee with his own. “And very interesting nights.”

Nate rolled his eyes, a hint of smile teasing his lips. “A damned fool, when put that way.”

“Exactly. It’s just that sometimes…” Jasper let out a breath, and when next he spoke, the levity was gone. “Sometimes people are better suited as friends than lovers.” He held Nate’s gaze. “You need to let him go,” he said, just above a whisper, hoping beyond hope Nate could not detect the heavy plea behind his words.

“I know.” His lips barely moved, his voice even softer than Jasper’s. More a low, reluctant rumble from his broad chest than actual words.

Jasper felt himself lean forward, slowly closing the distance between them, pulled by the all-encompassing need to press his lips to Nate’s mouth. To erase that hard, melancholy line.

The kiss started with just the lightest brush of skin against skin, but Jasper felt it down into his bones. Nate opened, and the first brush of Nate’s tongue against his pulled a moan from his throat. He pressed up against the hard bulk of Nate’s side, needing more. A large hand grabbed his hip and tugged. Jasper quickly shifted to straddle Nate’s lap, their kiss unbroken, their tongues stroking together, mouths hungry and eager.

Jasper ground his hips, rubbing his rapidly hardening cock against Nate’s, fueling the flames of lust even higher. Nate gripped his arse, hard enough to leave bruises, but Jasper could not have cared in the slightest. All he wanted was Nate. The man’s body beneath him, behind him… It didn’t matter, as long as he was with him.

His fingers threaded into Nate’s hair, held on tightly to the short strands. He dragged his lips down to the other man’s jaw. Nipped hard and then flicked his tongue over the spot. An inch farther down and he encountered starched linen instead of hot skin.

Starched linen that refused his attempts to free it from Nate’s neck.

He pulled back, glared down at Nate. “Did you use a bloody square knot?” He tugged again on the offending knot.

“Hardly.” Nate chuckled. “I’ll strike you a bargain. I’ll see to mine if you see to yours.”

“Agreed.” The word had barely left his lips before his own cravat was fluttering to the floor. The next moment, he pulled his shirt over his head, flicking it behind him to join the cravat.

He felt the force of Nate’s hot gaze swept over his bare chest as the man undid the intricate knot on his own neck cloth.

“Do you know what would be interesting tonight?” Nate asked, pulling the white linen free and revealing the strong lines of his neck. “The second option.”

“Pardon?” Jasper’s fingers paused, hovering over the fabric-covered buttons on Nate’s dove gray waistcoat. He dragged his gaze up to meet Nate’s.


“The second option from last night.” Nate swept his hands up Jasper’s chest, leaving a path of tingling skin in his wake. “You wear black leather so well.”