Pre-release Blitz: Beautiful With You by Jen Andrews

I am a self-published author of the Just Say Yes series. There are three books in the series, The Reason, Just Say Yes, and Beautiful With You. All three books are about the same couple, Zoey and Andy.
I reside in Northern California with my husband, Jake, and all of our rescued pets. I was born and raised in a 'car family' so I've always been around old Chevy's.
Never in my wildest dreams did I think I'd become a writer, even though it's in my blood. My grandfather was a self-published writer as well in the 50's and 60's, publishing four or five books before he passed away in the early 70's.
So far, I have four books written, and three more on the back burner that I will work on as my busy life allows. I work full time, and writing is a hobby, along with my other favorite hobby, photography.
In my "spare" time, aka vacation, I love to travel! My ultimate vacation has been to New Zealand, where we saw my favorite sports team, The All Blacks, play an amazing rugby match. We also visted Hobbiton where The Shire scenes from The Lord of the Rings was filmed. I plan to travel back to New Zealand as many times as I can!
So that is me. I am quirky, tattooed, music addicted, loyal, protective, and just me. :) 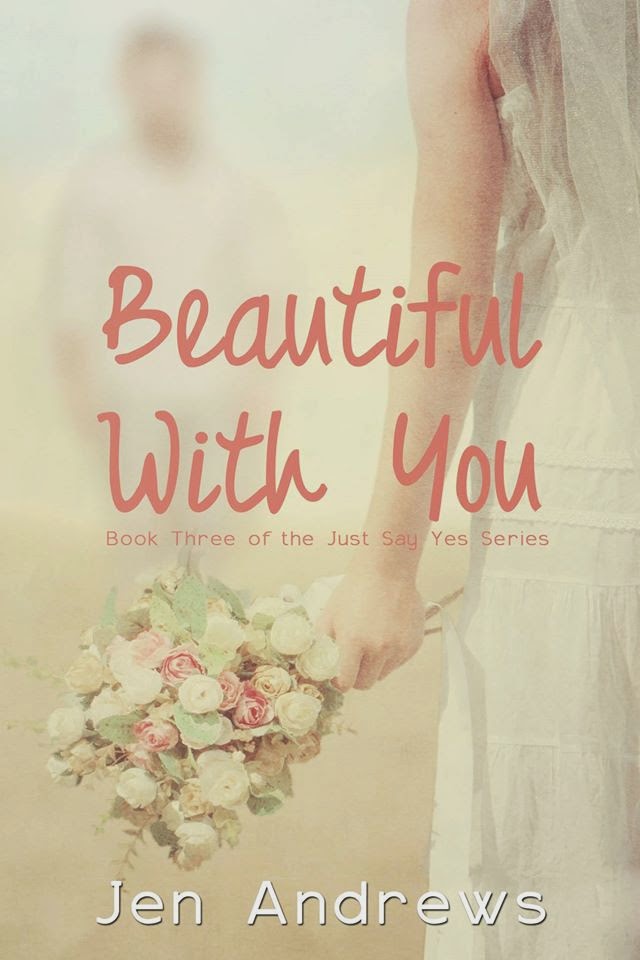 
For Zoey James, life hadn’t always been easy. Until she met Andy Tate. Things changed the second she met him, and she finally had a reason for breaking down the walls she had built around herself.
The beginning of her relationship with Andy was rocky at best, but eventually they built a life together. A beautiful life.
The day Andy proposed to Zoey, she said yes.
That same night, Andy was completely blindsided by news from his past. He had lost yet another person to death. A person he didn’t even know existed.
Devastated by the news, Andy made a rash decision and moved home to New Zealand. Without Zoey.
But now, Zoey is given news that will change both of their lives forever. Instead of Zoey building the walls back up around her, she makes a choice to fight.
She is fighting for her happiness, fighting for Andy, and most of all, she is fighting for the life that they have created together.
And she has no intention of losing.

“Come on baby girl,” I said as I rested my palm against my belly. “Let’s go get your daddy and bring him home.”

Once I arrived in the waiting area to board the plane, it hit me that I was on my own until I reached New Zealand, and I had never been more scared in my life.

My friends and family were so supportive of me, but it was time for me to go to Andy, and support him. He was devastated by his loss, but I had all the answers he needed. I hoped it would be enough, and he would come home with me. I was willing to give up everything to be with him and our daughter. I would give up my store, my apartment, and my life in Sacramento if I had to. Before Andy, I never would’ve considered it, but he and our little girl meant more to me than any possession.

Wanting to be alone with my thoughts, I found a seat away from everyone. I pulled my iPod out of my purse, set it to shuffle and people watched while I waited for the call to board the plane.

I was too nervous to do anything else.

As I waited for the plane to take me to him, the perfect song came on, and it helped calm my nerves. “Set Fire to the Third Bar” had the exact lyrics I needed to get me in the right mindset for my trip. The lyrics talked about looking at a map and being only inches away from the one you loved, but being so far away physically. I was just inches away from him on a map, but over six thousand miles separated us.

I played it a few times in a row, and by the time I moved on to the next song, I was feeling more confident with my decisions. People began stirring around me, so I took my earbuds out and put my iPod away.

It was time to board the plane.

The Reason (Book One of the Just Say Yes Series):

Beautiful With You Goodreads Link