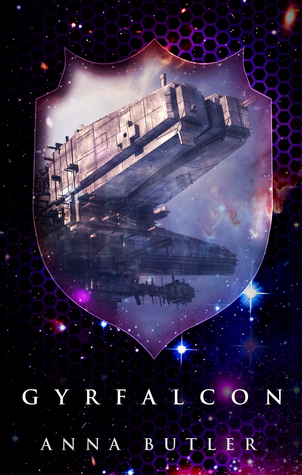 Earth’s last known colony, Albion, is fighting an alien enemy. In the first of the Taking Shield series, Shield Captain Bennet is dropped behind the lines to steal priceless intelligence. A dangerous job, and Bennet doesn’t need the distractions of changing relationships with his long-term partner, Joss, or with his father—or with Flynn, the new lover who will turn his world upside-down. He expects to risk his life. He expects the data will alter the course of the war. What he doesn’t expect is that it will change his life or that Flynn will be impossible to forget.

Reviewed by: Ray
My Rating: 3 Stars 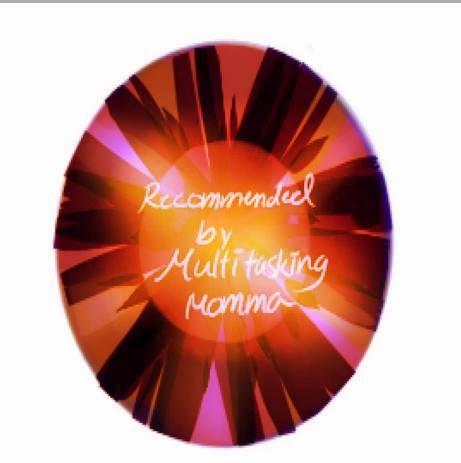 I have always been a huge fan of science fiction, and grew up reading sci-fi greats, such as Heinlein, Clarke, van Vogt, Pohl, and too many others to mention.  When I was a teenager, the covers of the sci-fi paperbacks displayed in bookstores often featured bulging muscles, along with bulges in other places.  I was drawn to those covers, although I didn’t understand why at the time.  Eventually, I moved on to fantasy, but I still have a look at a new sci-fi novel, once in a while.  Which is why I jumped at the chance to review this book.

The most important aspect of any sci-fi novel is the world-building.  If the world created by the author isn’t detailed enough, the story is doomed to failure.  This author has created the bones of an interesting world.  Albion is a planet on which the people of Earth landed thousands of years ago after they fled their home planet (why they did so is not stated).  The bones of Albion are described in this book, but they are poorly fleshed out, particularly in the area of space travel.

That is unfortunate, because most of the story takes place in space.  Either on distant planets, or in spaceships of one kind or another.  There are three classes of military in Albion, Fleet, Infantry, and Shield, all of whom are engaged in a life or death struggle with an alien race. Bennet, the central character, is a Shield Warrior.  Think Navy Seals, Army Rangers, and Delta Force combined into one elite and highly secretive group.  He goes on missions to infiltrate enemy planets, gathering intelligence data, and blowing up bases.

Where the world-building fails is in the rather casual mention of space travel.  The author’s description of Bennet and/or his crew traveling from planetary system to planetary system sounds more like a Sunday afternoon drive through neighboring towns.  There is little or no mention of the vast distances involved, or how that travel is accomplished.  This world needs an equivalent of Star Trek’s warp drive, and it needs to be discussed.  There is one mention of distance—when Bennet’s leave is over and he travels from Albion to Demeter, which is a huge space station in a planetary system six parsecs from home.  A parsec is 3.2 light-years; which means that he traveled some 19 light-years to reach his ship, which was docked at the space station.  The journey is described in hours, and the methods aren’t mentioned.

Speaking of hours, and we arrive at another huge anomaly in the story.  Times on the huge spaceship Bennet ultimately arrives on are stated in terms of a.m. and p.m., i.e., 4 a.m.  That really knocked me out of the story.  Military organizations everywhere use military time, and speak in terms of 0600 hours.  The concepts of a.m. and p.m. are meaningless in interstellar space.  There are references to dawn and midnight.  For that matter, we don’t even know if Albion rotates in a twenty-four hour cycle, or some other number.  The devil is in the details, and details are lacking.  I’m a huge fan of well-written military fiction, and there are certain conventions that should be followed when discussing concepts of time in military terms.

In one scene, Bennet “glanced across the tarmac” to where his ship sat.  WHOA!  He’s on one of the hangar decks of a huge spaceship.  There’s no “tarmac” there.  In fact, it is referred to as “decking” a few paragraphs later.

An anomaly takes the reader out of the story in chapter six.  Bennet is flying his one-man Mosquito class craft, approaching the Gyrfalcon, a dreadnought ship (think behemoth on steroids).  “The Gyrfalcon filled the entire sky.  Her colossal, delta-winged bulk blotted out entire star systems.”  Whoa!  Ships that size do not take off from or land upon planets.  They are constructed in space and remain in space for their entire life spans, and would have no use for wings, delta shaped or otherwise.

Despite the shortcomings of the world-building, the story was good, and the characters were interesting.  The readers learn just enough about some of the characters to want to know more.  Unfortunately, that fact, and that fact alone, is the book's only saving grace.

The writing style leaves much to be desired.  The author can’t seem to decide whether she wants to write in a modern style, where the dialogue verb follows the noun or pronoun (he said, she said, they said); or in a late Victorian style where the dialogue style is just the opposite (said he, said she, said they).  Since she can’t decide which style to use, she jumps back and forth, often in successive paragraphs.  And when she does that, she knocks experienced readers right out of the story, which is never a good thing.  To that, one can only say to the author: make up your mind, and write one way or the other.

Then there is the wretchedly excessive use of non-standard and occasionally totally invalid dialogue tags.  And by excessive, I mean more than fifty of them, by actual count.  Here are two examples that caught my attention: “demurred Bennet” and “mourned Caedan.”  In writing, one cannot “demur” a sentence, neither can you use “mourn”as a substitute for having the characters “say” things to each other.  It just doesn’t work, unless, of course, you are mourning the absence of proper sentence structure.

This author has a number of bad habits, all of which I feel she needs to un-learn.  One of these is repetitive use of the same words, either in the same sentence, or in successive paragraphs. For example, a few paragraphs into the book, the author uses the word “disturbingly” two times in successive sentences. Things like this can also knock the reader out of the story.  Consulting a Thesaurus and finding a different word to use in the second sentence would have worked better.  The fixes for such problems are simple, but they require some thought and a little effort.

Even though the book was published by a regular publisher, it clearly wasn’t thoroughly edited, if in fact it was edited at all.  A good editor would have spotted the many problems.  A good editor would have spotted, and corrected, the many instances when words were hyphenated when they shouldn’t have been, or when two words were used when one was correct.  For example, according to Merriam-Webster, 'takeoff' is one word, and so is 'backup.' There are even places where different forms of the same word are used.  An editor would have caught this.  On the other hand, the author is British, and there are British spellings throughout the book.  The publisher could, conceivably, be using British conventions along with the British spelling.  This reviewer has to wonder, however, how important those Britishisms are, given that the book was published in the US and Australia.  I’m not familiar with this publisher, but I certainly wasn’t impressed with the way they formatted their eBooks.  They did not even take the time and effort to format scene breaks, and left the author’s four asterisks in place.  In addition, their formatting of ellipses is inconsistent, and not always correct.

I gave this book a quick read initially; then, because the story was so good, I read it carefully a second time; and a third time; and a fourth time; making careful notes along the way.  After one quick read and three very careful reads, I can say, without fear of contradiction, that I am intimately acquainted with the book.

Why then, after saying so many bad things about the book, did I spend the better part of my spare time for a week going through it over and over again?  You may well ask.  In sum, this book tells a good story.  I will even go so far as to say it is a compelling story.  But it suffers terribly from poor writing and nonexistent editing. The story deserves so much more than that. This book is book one of a planned series of five or six.  To that, I can only say to the author: Find some decent beta readers.  Preferably people you don’t know, and especially, people who aren’t afraid to voice an honest opinion.  Find a personal editor.  Especially one who knows how dialogue should be written, and is not afraid to call the author on mistakes.  Yes, I know, I’m using the same words over and over again for emphasis.  On the other hand, I’m writing a review, not a novel.

This reader is looking forward to a sequel, but only if it is better written.  To that end, I hereby volunteer to beta read a sequel or sequels.  I do quite a bit of beta reading, and there isn’t a politically correct bone in my body, so you can be sure my comments aren’t tempered by a fear of offending anyone.  Even as a child and young man, I always said precisely what was on my mind, and age hasn’t changed that.  Not at all.