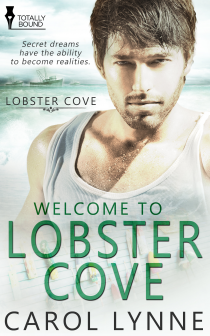 This is book one in the Lobster Cove series

When following your dream lands you in Lobster Cove, Maine, anything is possible.After gaining custody of his younger brother, Boone Jensen moves to a unique LGBT community on the coast of Maine. There, he hopes to find work as a stonemason, heal his broken heart and give his brother a safe place to call home.Life was good in New York City for chef Dante Madia, until his business partner betrayed him. Determined to trust only himself, Dante risks everything on a new restaurant venture in a small fishing village built on acceptance.Neither man is looking for love, but in a town like Lobster Cove, secret dreams have the ability to become realities.

Giles West’s Review of:
Welcome to Lobster Creek
By Carol Lynne
My Rating: 5 of 5 Stars

Welcome to Lobster Cove is an engrossing short story by author Carol Lynne.  So engrossing in fact that I lament the fact the author chose not to make it a full-length novel.  There was definitely enough in the story to warrant a longer treatment.  This is the first work I’ve read by this particular author and I must admit I wonder at her reasons for making it a short story.  While it is her decision to make, as a reader I feel slightly short-changed by it after having felt invested in both the story and characters. But, such is life.

I need to explain that because this book is still in the editing phase, I can only really comment on story and character.  The writing style of the author has allowed me to immerse myself into her story and I don’t remember being jarred out of it at any point, which is always a good thing.  It does, as aforementioned, need editing, but any good work needs that and hopefully mistakes and omissions will be fixed and cleaned up.

When I first started the short story I must admit I was concerned it would be a somewhat stereotypical one with an older brother taking care of a younger one, albeit one with Down’s Syndrome.  But at it’s heart Welcome to Lobster Cove is about a group of people who are all broken in some way.  Our lead, Boone is dealing with a love affair gone bad, while Chef Dante is learning how to trust again after a life filled with betrayals.  Their stories and characters do seem vivid, real, and alive and the reader cares about them and the whole town of Lobster Cove.  Laddy (Boone’s brother who has Down’s Syndrome) and Eva add a lot to the story as well.

The author does a wonderful job of setting up her world and actually manages to convey a great deal in a limited number of pages, while definitely leaving the reader wanting more.  This is supposed to be the first book in a series and the various citizens of Lobster Cove are introduced in a way that makes one look forward to learning more about them and their town.  There are also sex scenes a’plenty.  There are well written sex scenes in stories and badly written ones which some books would do well to leave out.  The sex scenes in this short story are not only well written and sexy, but also serve to bring out more information about the main characters.

Overall the story makes for a nice, easy, and entertaining read.  I still can’t help but think it would be great as a full-length novel.  A slowing down of the pace of it would work so well with the subject matter and adding more details would just enhance the reading experience of such an engaging story.  However, there is an art to writing a short story and the author manages to convey a lot with few words.  It is a complete narrative, albeit it one in need of editing—which will be happening.  The characters are fully formed and it’s a plus that as reader I want to know more about them and the town.

So, for reasons already stated, I will rate this book solely on character and story development.  I am greatly impressed by how much the author has managed to say and how well she says it.
Even though I am still left wishing it had been a full-length novel, my final rating for Welcome to Lobster Cove is four and a half stars out of five. 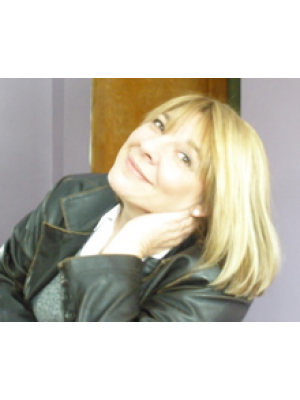 Posted by multitaskingmomma at 7:04 AM