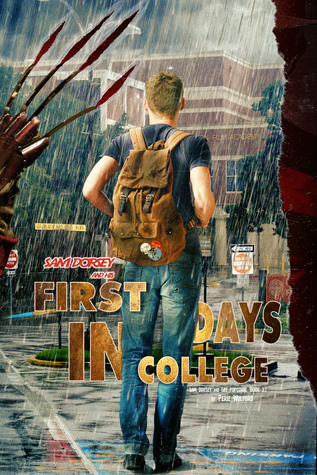 Part 1 THE FIRST DAYS IN COLLEGE Sam worked so hard to get a chance to go to Boston Film Academy but never in his darkest nightmares could he imagine that he would hate it there from day one. Part 2 CHRISTMAS WITH MITCH One thing that Mitch dreaded the most was coming out to his family but now he is being forced to do it because his mother is relentless trying to set him up on a date with a nice girl, just one date, or maybe two, or a dozen; and that is driving him crazy. Part 3 SUCH A GROWN-UP Coming Fall 2015

This is the book we have all been waiting for. You know, the fans of Sam Dorsey? The young man torn between two men, Mitch and Jake? The same young man we saw celebrating his sixteenth birthday and dirty dancing? Well, he's back and we fans are getting a glimpse of a whole lot of changes. Best news is, there are two stories happening back to back so we get two for a price of one.

In The First Days of College, Sam gets back in the closet. But first, we see Sam finally getting his courage up and getting to college in the same school he and Mitch planned they would both go to. Thing is, when Mitch went up there ahead, being older, Sam's dream boy, Jake, came into the picture and well, Mitch was hurt. A whole lot and Sam is guilty. A whole lot. He hates it of course, college and his closet, but he admits he was in the wrong and so does his darnedest to make it up to Mitch.

Then Christmas With Mitch opens and, although I should say no spoilers, we do get the idea that Sam and Mitch had made up. The only problem is that Jake may be back and Mitch's parents insist he go out with a girl. This places Sam in a dilemma and he is angry, sad, miserable, angry and then there is Jake. Oh what a sorry tale it is indeed for Sam.

Fortunately, there is a happy ending, that is the only spoiler I am willing to tell, and we smile happy. Overall, this may not be the perfect follow up to the story of Sam and his misadventures with two handsome young men, but it is the perfect story because it is about Sam and his misadventures. He is growing up, ladies and gents, so life can be cruel and people can be as well. Sam makes it through, another spoiler, but we won't really know everything until he grows up, sometime in Fall according to Perie so we have to wait and see. 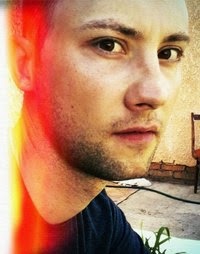