Review Request: How It Was Supposed To Be by Jayson James 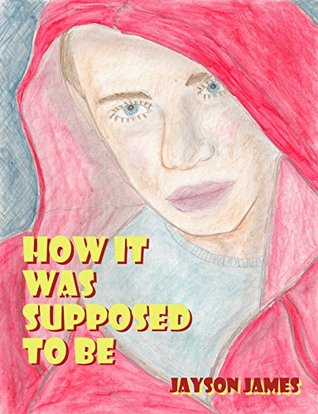 Reese Kennecott had everything he could ever want and life was good. He’s dating the guy of his dreams and has a great group of friends. The Kennecotts were living the carefree life as an upper middle class family until the day his father arrives home from work with the news that the company he has worked for since he was Reese’s age has gone out of business. Aside from the great depression, this is the worst economic downturn the United States has ever faced. It does not take long for the Kennecotts to fall behind in their bills and eventually to lose everything.
Reese used to work part time for extra money now he is working all the hours he can get in order to help his family get by. But things have gone from bad to worse. Hope finally comes with a new job that will take the family across the country, which means giving up their lives as they’ve always known them. The family embarks on a road trip to their new life. Along the way, they are forced to make difficult choices and hope begins to fade. Each day things become bleaker and the Kennecotts begin to wonder if they are ever going to make it to their destination. But sometimes things that have no reason to work out do and we end up right where we should be, at the right time and in the right place.

Author Jayson James has this knack for writing about life as we know it. True, not all people would like to read about stuff like that but when written well, so lightly and given the twist that makes us smile at the end, it is all worthwhile spending the hour or two reading.

In this latest work, we have the story of Reese Kennecott and his family who lived the American dream for a long time. When the economic downturn hit their home, there were the expected and unexpected difficulties to get used to. Many of which the family were not willing to let go had to be and that increased the tensions. Losing jobs, losing the home, expenses that could not be avoided, they all collide and Reese is left confused and angry over the turn of events.

The good thing Reese has is his family. Despite the difficulties and challenges they face, they stuck it out together when many others would have just upped and left, not wanting to face the responsibilties. Another good thing is Reese's friends. I wish I had friends like these. They stuck it out through thick and thin, supporting when needed to, just being there when they thought they had to, and giving out the last of their savings when the going got tougher and tougher for Reese.

And then, there was Cruz, the boyfriend who was and could be and more.

This story made me think over what the Americans must have found very difficult to experience. Coming from what is considered to be a third world country, I began to think that all these economic difficulties they faced and still continue to face, it is a humbling experience for them. For so long, they had been so UP THERE! They had the money that was actually WORTH something while we here, we had the money that was worth so dooooooown there. What Reese went through, it was humbling but it still was an experience that made him a better man, and made him realize that his father was simply a man who did everything he could to make sure his family stuck together through all their life's woes. For them to learn that material things are just that: material and therefore, immaterial to the survival of the spirit and the soul.

Author of novels and short stories. Jayson James graduated from Western Washington University with a bachelor's degree in education. He was born and raised in Washington State, where he currently lives and teaches. Jayson's interests beyond writing include reading a variety of books, watching movies and drawing.