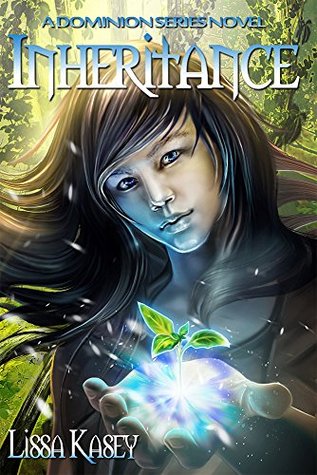 Seiran Rou's life is complicated—he's the only male in the world allowed to take magic classes in a female-dominant society, his vampire boyfriend, Gabe, is hinting that he wants more, and his mother is demanding a grandchild. But when a co-worker turns up dead on his doorstep, Seiran realizes his problems are only beginning. With the police dogging his steps, a stalker-like bartender watching his every move, and a magic groupie following him around, Seiran is finding it hard to hide his power—a power that if revealed could get him killed. The Dominion, the ruling body of elemental magic, seems to have started a deadly game to control the rare magic he possesses. Someone is pulling strings, murdering witches, and gathering power. When Seiran finds himself next on the hit list, he doesn’t know whether to run and hide or prove himself to be the powerful witch he is. If he stands up and fights, he’ll have to decide what is more important—hiding his power or protecting the ones he loves.
Note: This is an expanded and revised 2nd edition.

Seiran Rou is a male witch. Born to one of the most powerful female witches and family, his powers know no bounds. Although his mother suspects it, Seiran is really the only one who knows just as powerful he is, but not really. He does not know how powerful he is. All he knows is that the witches around him resent him. Not only is he male, he is also gay. Sigh, what a waste of magical powers, right?

Gabe is Seiran's boyfriend but is really his mate. Gabe knows it but Seiran, locked in his own personal miseries, does not want this bond, even if he cannot ignore the bond. So Gabe, in his wisdom, loosens his hold on Seiran and is miserable in his own way.

Seiran and Gabe's relationship is not that good, or romantic, or even logical, but the two are bound in ways one is ignoring and the other is lamenting. When Seiran gets tangled up in witch murders, Gabe comes to the rescue and protection mode. He even goes so far as to assign some sort of bodyguard for the young witch.

In the background, we have the witch mother who is not only a witch but is bitchy as hell. All she wants is an heir, and that is not Seiran. She wants Seiran's get, a female is better. So she does all she can to guarantee that she gets that heir, but there is a complication. That complication angers Seiran and muddles up his life even more.

In the meanwhile, his power is getting stronger, even more than what is predicted or thought. Just what is Seiran going to be at the end?

This is a really good start of a series. I loved the fact that it is not really Seiran's sexuality that makes the witches bitch, it is simply because he is male. I love the mystery behind that attitude but the author just gives us hints on the answers without really telling the why. I am too curious now about the next book. What is the reason behind the sexism and why is Seiran so powerful? What is he? Who is he to become? And Gabe, when will Seiran just give up and say, okay! be my mate!?