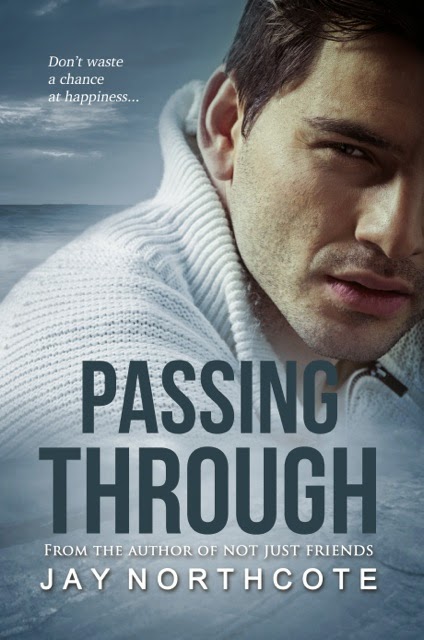 
Don’t waste a chance at happiness…
Leo is a lonely workaholic with no time for romance in his life. His job in London takes all his energy and commitment. When he goes to Cornwall to stay with his terminally ill uncle, Edwin, love is the last thing Leo expects to find.
Tris lives in a cottage on Edwin’s land. Gay, but still half in the closet, he and Leo bond over their affection for Edwin, and the pull of attraction between them proves too strong to ignore. In Tris’s arms, in the wilds of Cornwall, Leo finds a peace he’d forgotten existed.
On his return to London, Leo finds himself grieving for more than just the loss of his uncle. When some unexpected news gives Leo the chance to return to Cornwall, he’s afraid it will be too late to rekindle things with Tris. But having learned much from his stay with his uncle, Leo doesn’t want to look back and wish he’d done things differently.
It’s time to seize the day—if it’s not already too late.

Leo, as a workaholic, is very successful career-wise. He is financially stable but is lonely. He has no relationship to go home to, neither does he have a significant other to talk to at nights or on days he needed to. In short, he existed. Period.

The news that his beloved uncle Edwin is sick gives him the opportunity and the excuse to get out of London and be with the old guy. He had loved the seaside cottage in Cornwall as a child. There, he realizes that his uncle is worse than he thought and he meets Tris, the gardener, who lives in an annex off the cottage.

To make a long story short, this is a story of realizations, truths and eyes opening wide. Leo and Tris find a love that neither man expected nor sought, and Edwin gets his chance to give his last hurrah on life and make sure his nephew does not make the same the same mistakes or choices he did when young.

There is a story within a story here and it is for you, the reader, to discover on your own. What does matter, for those who hesitate, is that even if this does send you to sniffle a tear or two, there is a lot of learning here. A learning that Edwin makes sure to extend to his beloved Leo and us. Don't waste time, grab the chances given us without regrets. Life has its own plans for us, and if we turn away and reject it, the regrets will hold on to us and weigh us down.

Passing Through tells us of how Leo thought to visit Cornwall to fulfill a promise and a duty. He never thought he would find life.

On the beach they crunched along the shingle to the edge of the rocks, then turned to look out over the sea. It was almost completely dark now, and the moon was rising, casting streaks of bright silver on the oil-black water.

They stood in silence, watching and listening to the crash of the waves. Leo’s heart felt suddenly too large for his chest. He was overwhelmed by the beauty of the place, a place that had barely changed since his childhood. The sea came and went with the tides, the sands shifted, but the rocks were constant. Yet here Leo was, an adult now rather than a boy, and his uncle reduced to an echo of the man Leo remembered—physically, at least. Unexpected tears prickled the backs of Leo’s eyes as a rush of emotion so strong that it made him draw in a sharp breath assaulted him. He swallowed hard, forcing the feelings back down.

Out of his peripheral vision, he saw Tris turn towards him, but Leo carried on gazing out at the gentle, rolling movement of the sea. Tris shifted his feet in the sand, bringing him closer. The warm skin of his arm brushed Leo’s, and Leo ached for more contact. He needed human warmth and touch to chase away the cold emptiness in his heart.


Jay lives just outside Bristol in the West of England, with her husband, two children, and two cats. She comes from a family of writers, but she always used to believe that the gene for fiction writing had passed her by. She spent years only ever writing emails, articles, or website content. One day, she decided to try and write a short story–just to see if she could–and found it rather addictive. She hasn’t stopped writing since.