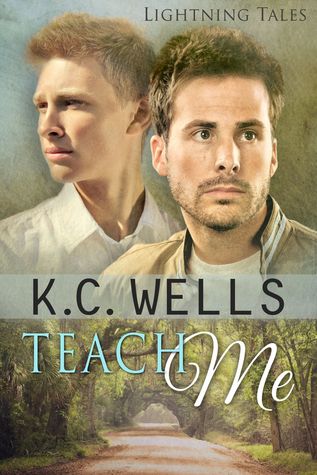 Nick Tremantle has had a rough ten months. His professional life took a nosedive, and then his mom's health took a turn for the worse. In a short space of time, everything changed. So when he spies the young man hitchhiking, Nick pulls over - he needs all the Karma he can lay his hands on. But when the identity of the young man is revealed, it sets in motion a chain of events that unfold quickly, changing Nick's life completely.
Alex Nordmann's life has definitely not gone the way he'd planned. Gone are his dreams of an education and living his life 'his' way. He'd thought the worst was over, until the morning he decided to come out to his parents. It just goes to show, people will surprise you every time. For instance, who could have foreseen that the man who gives him a ride - and an unexpected lifeline - would have been Alex's first crush all those years ago?
Alex has no idea what's coming at him....

Years later, life as Nick knew it is no longer and he comes back to his home town to teach. He is lonely, he is sad and miserable. On a day when he thought his life was just stagnating, he drives off to spot a young man walking, hiking, for somewhere. The man was Alex whom he recognized. When he hears the story Alex had to tell, he knew he had no choice but to help and offer him a home. No strings attached. Just a solid extension of help for someone in need.

Alex never thought to see his old teacher again but when the man extends his help, he really had no choice. It was either he goes off to somewhere knowing not where he was going or go off somewhere knowing he will most likely be lost in life. He takes the help.

When the two men get to know each other, they each reveal secrets they long kept from themselves and from others. The telling of this story is how these two men, one older, one younger, come to know who and what they are. Eventually, they learn what they mean to each other.

Isn't this story just grand! Yes, I finished this so fast I practically sped through the read in an hour. This is fast paced without missing a detail and the romance that grew between the men did start slow, then simmered before it boiled over.