All profits from this book will be donated to the Autism Society of Washington. 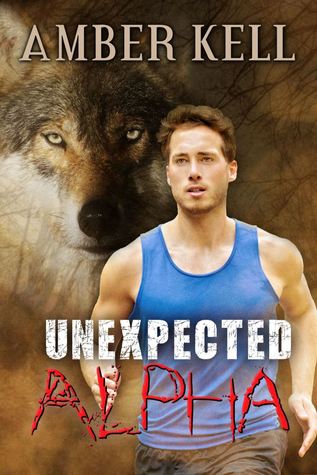 Stanley didn’t expect his life to change when he went jogging one night. Barely surviving a dog attack he woke in a strange bed with odd urges. He didn’t mind the sexy man hovering over him. In fact if Fen wished to join him in bed he’d have no objections.

Fenris wanted the alpha at his first growl. The sexy man’s commanding air and sweet smile were a combination out of Fen’s hottest dreams. Unfortunately family issues and outside forces tried to push the lovers apart and keep them from their happily ever after.

Faced with opposition Stanley did the only thing he could. He let everyone know that the new alpha on the block wouldn’t accept anyone getting between him and his man.

Review by: multitaskingmomma
My Rating: 3 of 5 Stars
Amber Kell is one of my go-to authors if I want a short, fast, light read involving two or more men and shape shifters. Her stories are romantic, action packed and highly entertaining. Unexpected Alpha gave me all that I needed and seeing this is a charity work, I close my eyes to whatever others may say and just recommend this.

Stanley is a great guy. He's an accountant, comes from a loving family and he loves to run. One such night of running gets him bitten by a dog, blacks out from his fatal wounds and wakes up to the most intriguing, beguiling and irresistible scent he could ever imagine. It helps the guy whose scent it is coming from is attractive and gay like he is.

Complication? He wakes up a were, his life is a lie, his emotions and behavior are erratic, and he's hungry for a man whom he declares to one and all as... yes! You guessed it right! MINE!

This is a very typical Kell read and no matter as the story is simple and the protagonists very familiar, it is still impossible to stop reading. For one thing, the descriptive text she uses makes it impossible not to visualize the actions of her characters. It also makes a big difference for the simple plot becomes impossible to ignore for action scenes can be quite breathtaking at times.  For that alone, I salute her.

Posted by multitaskingmomma at 2:48 AM