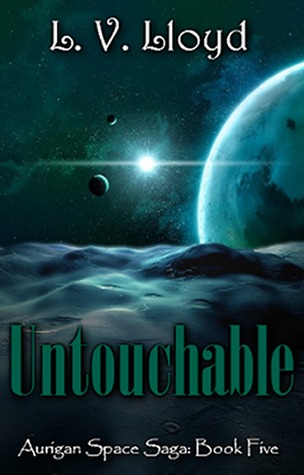 This is a story about two men. Alan Stewart, First Lieutenant on the space ship Qatar, and Captain Robin Lang of the Huan Police Force, have been best friends since their days in the Space Academy, despite the fact that Stewart is homosexual and Lang has a wife and son, Max. However Max is growing up, and their friendship is threatened when Lang believes Stewart has designs on his son. When Max, now an adult and a recent recruit to the Qatar, is assaulted in a gay bar, Lang accuses Stewart. In an attempt to protect his son at all costs, Lang finds himself drawn into a dark conspiracy of murder and blackmail. Meanwhile, Stewart has his own battles to fight. Apart from defending himself against Lang’s accusations, he discovers the young man he is falling in love with, Michael Banner, is the one man on the ship who is out of bounds, untouchable. Lives and love hang in the balance as Lang and Stewart search for the truth.

Note: This is the fifth of the series and yet it reads quite well as a standalone. It took some time to get the terminologies straight but eventually, it came easier as I read alone.

Untouchable is the story of two men who were considered Untouchable. One is the son of Captain Robin Lang of the Huan Police Force, Max; the other is Michael Banner, a medic onboard the Qatar. Each have their own reasons for being untouchables, each define the lives of two best friends. Both men are 'om,' short for homosexual.

Let's start with Max. He is the son of Robin Lang and Robin is very protective of him. When Max begins to show signs of being an om, Robin is scared, he is angry, he is fearful. He fears men will not treat the boy right. When he sees Max's crush on his best friend, Alan Stewart, he flips. Literally. Thus ends the friendship between the two men and Robin simmers in anger. The reasons, you have to read yourselves, I cannot risk spoilers here at this point.

Now let us consider Michael. He is an om, he admits to it, but his being a medic onboard the Qatar is risky because of that status. Thus, he cannot risk admitting to being an om. The regulations clearly states he cannot work as a medic if he is one. But he falls for Alan Stewart and Alan falls for him. Alan, so much older, cannot believe this beautiful young man would even consider him, but then, Alan feels the same way. And this is where the complications begins.

Alan rescues Max from certain rape and probably death but is stunned shot by the third assailant. When he wakes up, he is blamed by Robin to be the assailant placing his integrity and career at risk. He has an alibi, Michael, but if Michael steps up, his career would be put at risk and where would both end? In the sidelines, Robin's anger is focused on Alan unwilling to even consider any other assailant possible. Why? Again, please read...

Thus the convoluted mess that is Robin's actions affect everyone onboard the Qatar and people are asking why Robin is acting like he is. Max's statement is imperative to clear Alan but he is still in a coma. It is left to Michael to step up to the challenge without risking his career. Alan is angry at Robin for even thinking he would harm Max, the boy he saw born and grow up into a stellar young man.

In the meanwhile, we have a mystery to solve: who are the assailants and why did they target Max in particular? That is the question that spurs this story on until the very last page. Be warned, there are many twists and turns that can give you whiplash at best, but its all for a good reason.

In this space-age story, the oms are still considered anathema in certain parts. The same bigotry survives at this time as it does today, the same fears for those who just realize their sexuality live on. For all the sci-fi action and mystery going on here, the author managed to make this a very light read, although the pace slows down in certain areas. Overall, this is a standalone read but I would recommend (***note to self) reading the first four. Just to get a better picture of this new world.

After thirty years of working with the unemployed, coping with threats, tears and broken lives (and these were only from fellow staff), LV Lloyd decided it was time to make her escape.  And what better place to go than the world of m/m romance?  She started writing Dangerous Tension, her first ebook, years ago, but put it aside due to work and family commitments.
In 2012, she dusted off the foolscap pages stored under her bed, finished the story and turned it into a book.  Since then, she has written four more ebooks in the Aurigan Space Saga series, and numerous short stories.  Untouchable is the fifth book in the series.
LV Lloyd lives in Adelaide, Australia, with her family and two cats.  In her spare time she enjoys fishing and visiting the many local wineries.