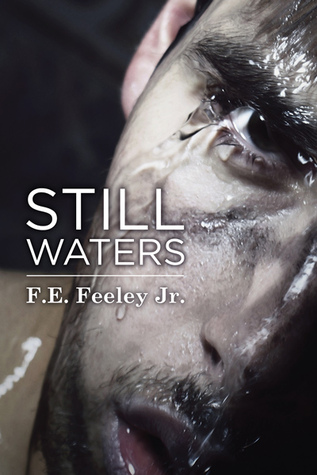 
Description:Memoirs of the Human Wraiths
Promise, Michigan is very much like every other small town across the state. Built on the edge of a lake, the homes sit in neat little rows in cute little neighborhoods. During the summer Promise bustles with tourists who come to spend their vacation dollars and enjoy the lake’s refreshingly cold water. But Promise holds a terrible secret. In the center of the lake is an abandoned island where a curse is rumored to wait for victims, unabated and deadly. Most think it’s just a story, something used to keep kids out of trouble. Still, everyone gives it a wide berth. Everyone except Bret and Adam. They dare to venture out the night of Bret’s birthday. When they declared their love and promise to get married, they believe no one else heard their whispered words—but they are wrong.
Five years later Adam dies, and Bret returns to his family to heal. But someone is killing the people of Promise in random acts of violence. Bret, with the help of FBI agent Jeff McAllister, must discover the identity of a murderer with death on his mind and revenge in his heart.

How do you stop a killer when the killer is technically dead?

FBI agent Jeff McAllister is sent out to investigate the mysterious death of the local Sheriff of Promise, Michigan. Thinking this was just going to be another open and shut case, Jeff quickly realizes he had stumbled into a scene straight out of the X-Files and he needed the presence of the two infallible agents to help him out. Of course, that is impossible, so he calls in his team and what they discover not only is confusing, it involves the mystery of an island and the promises made on it.

One by one, the dead drown. One by one the terror rises in Jeff. He turns toward the one man linked to the deaths. Bret. His life broke into pieces when his fiancé, Adam, was found drowned in Promise lake five years ago. The very same Adam described fully from just one glimpse on a reflection in the mirror by a witness to a crime.

Adam's family had taken Bret in as their own even before they had lost Adam  and he comes back to Promise every year on his death anniversary week to join them in the hopes of finding closure. On this  week, Bret begins to suffer from seizures and with each seizure coincides with a death by drowning. Jeff suspects the link with Bret but is unable to find a logical explanation on how it could be.

The secret of Promise goes deep into history and what was once known has been forgotten. It is now up to the living to find out what secrets these are because with every death, Jeff fears he is losing Bret. With their developing feelings for each other, Jeff begins to wonder if he will not only lose the man, but his mind as well.

This is such an incredible read, especially recommended for those who love shows like X-Files. While reading, I swear I could hear Snow's theme ringing in the background as well as Hozier's when Adam enters the page. Although technically a horror story, this does not read as such, unlike the first two books, The Haunting of Timber Manor and Objects in the Rearview Mirror. Whereas those two made me jump in fear at the slightest sound or made me scream when the wraith rose from the pool, this one made me cry.

Truth of the matter is, I really, really hate F.E. Feeley Jr. right now for making me cry so hard. The only saving grace was Kaizer who plays a starring role here and is adorkable. Well, that and I had Jeff and Bret's budding relationship to hold on to. But I really thank  the incredible writing of the author. After reading this, I must say this is the best he's written so far.

Overall, this is a very different read compared to the previous books but this is also the most romantic, the most touching and the scariest of them all. Kept me guessing till the very end and still, it twisted right at the very last text.

Highly recommend this read, if you dare.