A human sacrifice throws vampires of two worlds, trueborn and baseborn, into an escalating conflict. One side pushes for revenge, the other for freedom. The trueborns stubbornly hunt for Anthony and Louis, pushed by Hesrah’s desire to avenge her human best friend, Alexa. The baseborns are divided between rallying with those challenging the rule of Ankhsis and obeying the trueborns.What emerges from the portal between Earth and Ankhsis in the middle of the turmoil rocking both worlds is more dead than alive. Neither human, nor baseborn, and certainly not trueborn. This new being will either damn them all or be their race’s most powerful weapon. Will they trust it not to destroy them, or will Ankhsis decide putting it down is the only solution?In the end, who is guilty? Who will pay? Will anyone survive its wrath?

Hesrah was growing impatient; she wanted to return to the portal, so she decided she needed to push them to finally share their information with her.
“What is it that you have discovered that needed my immediate attention?”
Anhubis took out an envelope from the inside pocket of his jacket and threw it on the table. She reached out to it and found a few photos in it. Louis, strapped down to a chair, all bloody and beaten. Good for him!
“What is this?” she asked, looking at Anhubis from under knitted eyebrows.
“One of our baseborn friends – we still have a few of those – followed Anthony after the events in Juliana Park. He managed to send these over before being caught.”
“Do you know where he was?”
“Yes, but they are long gone.”
“Why would Anthony do this to his partner in crime?” she asked, tilting her head.
“God knows,” Anukh stepped in. “Maybe they were never partners. Maybe he found out who Louis really was.”
“Can you find them again? Or do I have to bring an Inner Sanctum squad over here?”
“Don’t you dare!” Anhubis said in a thundering voice, pointing a threatening finger at her. “The Inner Sanctum will not meddle on Earth. I will find them again.”
“Make sure you let me know the moment you do,” Hesrah said, her eyes boring into him.
“Won’t you be too busy guarding the portals, waiting for your precious human friend?”
His mocking smirk, more so than his sarcastic words, got to her and in a blink of an eye her fist raced through the air, connecting to his face. As he fell to the ground, she lunged and got on top of him, her fangs piercing the skin of his neck. Her nostrils flared at the spicy cologne he was wearing and she managed to squeeze a few drops of his blood before Anhubis threw her off of him. The fight would have surely escalated if Anukh wouldn’t have stepped in to stop them.
“Are you both crazy?” he hissed, a deep frown line marring his forehead. “Anhubis, you are the head of the High Council. Surely you can tell how ill-advised being inconsiderate towards humans is. And you, Hesrah! You are a part of the Inner Sanctum and your mother’s daughter. You should both be ashamed.”
When they moved away from each other, Anukh, with a half sad, half disgusted smile, said a hurried good-bye and left the room.
“If you ever talk about her like that, I will kill you with my bare hands,” Hesrah said through clenched teeth. To her, that was not a threat, it was a promise, and she suspected Anhubis knew it, as he nodded quickly and took a step back. 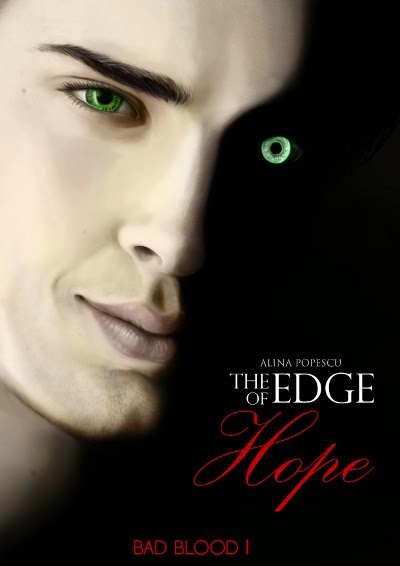 The Edge of Hope (Bad Blood I) by Alina Popescu

Everyone she loved betrayed her. She felt lost and broken. Getting away from the pain and embracing a new path, Alexa decided to leave her old life behind and chase a long forgotten dream in Malta. There she met a gorgeous man, bearing the scent of fresh love. He led her to a new city to explore, Amsterdam. Is the tall, dark, and delicious man a dream come true or just a risky gamble?Alexa chose hope and new beginnings over fear and warning signs only to be brutally dragged into a world she never really thought existed. Vampires, their feuds, and her future held tightly in their hands.Trapped in a mysterious world, Alexa gives love chance after chance. Following her quest of self-discovery in a blood bound world, will she survive the journey?

Take advantage of the sale for book 1 – 99c on Amazon.
Amazon US | Amazon UK | Amazon AU 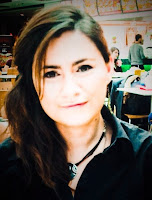 Writer, traveler, and coffee addict, Alina Popescu has been in love with books all her life. She started writing when she was ten and even won awards in local competitions. She has always been drawn to sci-fi, fantasy, and the supernatural realm, which explains her deep love for vampires and is also to blame for this trilogy.

To get a chance to win an ebook copy of The Breaking of Bonds, leave a comment below and don't forget to leave your contact email address.

We will randomly pick 1 lucky commentator and Alina Popescu will email them their ebook version of choice.

Game ends June 1.
Posted by multitaskingmomma at 3:00 AM