The wait for ‘BOYSTOWN’ fans is finally over! 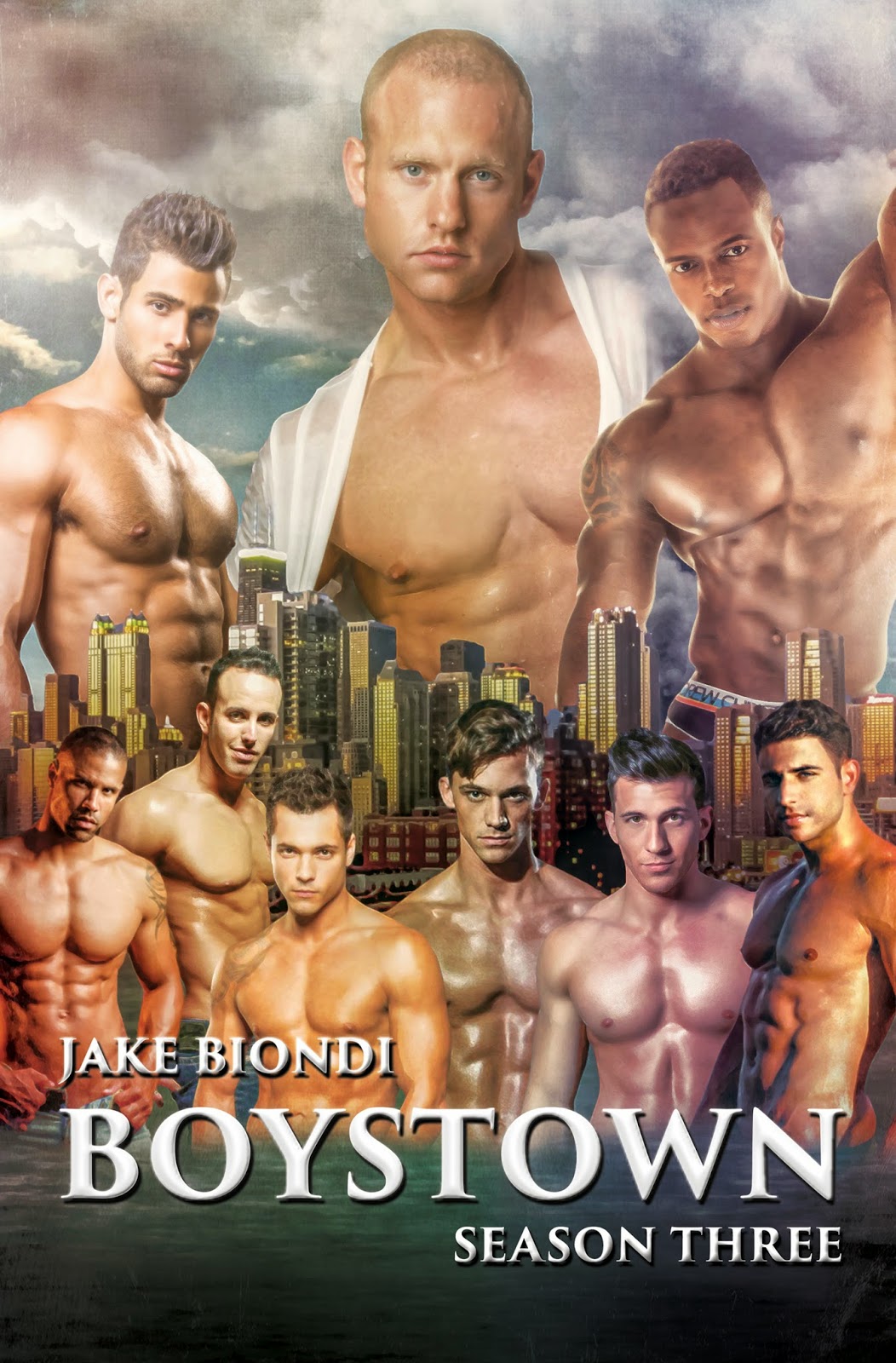 “As the bomb exploded, it filled the area with thick, black smoke and flaming debris. It would be a while before the smoke cleared and hotel security could see the extent of the damage. Everyone hoped it would be the best new year ever.” BOYSTOWN Season Two
It’s a race against time to save those caught in the New Year’s Eve explosion. The survivors may not be the lucky ones as they struggle to restore normalcy to their lives. As the smoke clears, families are torn apart and lives are permanently altered.
Even more dangerous than the bomb, the Mancini-Ciancio feud heats up as family members fight for control and survival. At the same time, Jesse Morgan faces the fallout from his plan to break up his mother and her husband, Keith Colgan works to keep his past from destroying his future, Rachel Carson begins a plan that may have deadly consequences, and the search for the fourth Mancini brother reveals secrets that threaten to tear relationships apart forever. It all culminates in a fabulous fundraiser like none that anyone in Boystown has ever experienced.
Welcome home to BOYSTOWN!


“The wait is finally over,” Biondi told fans of his ‘BOYSTOWN’ book series. The third book in
the popular ‘BOYSTOWN’ series was released on May 1, 2015. “Due to the success of the first
two books in the series, fans from all over the country have been dying to know when the third
book would be released. Well, their wait is finally over. Today is the day.”
Biondi added, “’BOYSTOWN’ fans are the best. Today is really all about them. I am so excited
that fans will finally be able to know what the future holds for their favorite characters and
couples.”

Biondi promises that readers won’t be disappointed. “’Season Three’ picks up with the
aftermath of the New Year’s Eve explosion. While I won’t reveal who lives and who dies, I will
say this: lives will be forever changed.” Biondi added that ‘BOYSTOWN Season Three’
continues the storylines from the first two books while introducing new ones -- and some hot
new characters, too!

As in his second book, Biondi pays tribute to and features some of his favorite performers in
‘BOYSTOWN Season Three.’ The “Whiskey & Cherries” trio, singer Amy Armstrong, and
pop sensation Steve Grand are all featured in the third ‘BOYSTOWN’ book. “Meredith,
Danielle, and I are thrilled to again be written into the ‘BOYSTOWN’ series. As an avid fan of
our musical trio Whiskey & Cherries, Jake Biondi has included us as the musical entertainment
for the fundraiser at the end of the book. As in book two, it’s always exciting to read about
yourself interacting with the primary characters and being a part of the never-ending twists and
turns in the brilliant plot line,” said Brian Felder of W&C. Amy Armstrong added, “I’m so
excited that I got to be a part of this outstanding series.”

The ‘BOYSTOWN’ series has a fascinating history. It began as an online story released in
installments, each ending with a cliffhanger that left readers wondering what would happen to
their favorite characters. Enthusiastic ‘BOYSTOWN’ fans from all over the world petitioned
Biondi to release the installments more quickly; they simply couldn’t wait to find out what
happened next. Overwhelmed by and grateful for the fans’ responses to the series, Biondi began
to write more quickly.

In 2013, Biondi published the first ten ‘episodes’ in book form as ‘BOYSTOWN Season One.’
The sequel, ‘BOYSTOWN Season Two,’ was released in July of 2014. Ending in a spectacular
cliffhanger, ‘Season Two’ left the lives of several main characters in peril. Readers were left
wondering who would survive and what would happen next. Now, ‘BOYSTOWN Season
Three’ answers readers’ questions and, of course, provides even more twists and turns for the
fans.

Early reviews of ‘BOYSTOWN Season Three’ are very positive. Journalist and ‘BOYSTOWN’
fan Dustin Shrader, who previewed the book, said, “Iconic writer Jake Biondi has done it again.
‘BOYSTOWN Season Three’ is an emotional roller coaster with page after page of twisting
thrills and crafty curveballs coming along at such speed that readers are left breathless. They
will not want to get off this ride.” Editor and ‘BOYSTOWN’ fan Lisa Tepper said, “This story is
amazing; it's filled with excitement, drama, romance...you name it, it has it.”

Biondi sponsored a nationwide search for models whose images would be used in promotions for
the ‘BOYSTOWN’ series. These handsome men have come to be known by fans and readers as
the ‘BOYSTOWN Boys.’ BOYSTOWN’S Director of Art, Design & Advertising Michael
Vargas designed the fantastic book cover for ‘BOYSTOWN Season Three.’ The cover of the
new book features several of these famous ‘BOYSTOWN Boys.’

Like the first two books, ‘BOYSTOWN Season Three’ is available at bookstores across the
country as well at online at amazon.com, bn.com, and itunes. The series is available in
paperback and all e-book formats. Readers may also order autographed paperback copies of the
books directly from Biondi’s website: www.JakeBiondi.com
For additional information or to schedule an interview with author Jake Biondi, please send an
email to BoystownTheSeries@yahoo.com.

Chicago's never going to be the same again.


Well, I guess the cat is out of the bag and with it came an explosive scandal that rocked the loves and lives of the men and women of Boystown.

New Year's Eve: An explosive film shakes the thunder from the engagement announcement between Emmett Mancini and Max Taylor. In it, Derek is shown to confess his love for Cole. Joyelle runs in humiliation and despair, Derek runs after his pregnant wife. It is all thanks to Rachel Carson whose need for vindictiveness not only begins the ruination of two lives, but treads on a potentially fatal one. Sound good so far?

Then the explosion that rocks their world clears revealing an aftermath where lives are greatly affected. There is chaos, there is blood shed and the tears are just about to take over the readers eyes. But wait! There is more.

In the meanwhile, Derek is making sure he is making amends with Joyelle. Secretly. And he blames Keith for everything and continues to deny his sexuality. Hmmmm stuff straight out of telenovela series. Then again, it wouldn't be Boystown unless it were.

Further along... there is the question of Justin's condition and the company business. And then there is Derek's relationship with Cole. Slipping into the murky waters now... Then there is the fundraiser. Oh! I forgot, there is also the issue of the fourth Mancini brother. Where Season Two left us with a resounding kaboom, Season Three is leaving us with a bang.

Okay, so this series is driving me insane. I tell, you, with the way the twists twist my neck and the firing of synapses nearly snap my neck, sorry for being so poetic, but anyone who knows me should realize by now this is the only noontime opera I watch, err, sorry, read and I am addicted. That ending????? It is way worse than Season Two.

I hate you Biondi!!!

Note: I need at least a trailer for Season Four? Pretty Please? Also, can you give me some airtime with Derek so I can bitch slap him?

Growing up in the suburbs of Chicago, Jake Biondi fell in love with "The Windy City" at an early age.  He left the Chicago area for four years to attend the University of Notre Dame, from which he graduated with degrees in English and Business.  He was awarded the university’s prestigious William Mitchell Award for Playwriting.  Upon graduating from Notre Dame, Biondi returned to Chicago where he attended and graduated from the Loyola University Chicago School of Law.   He has been living in Chicago's Boystown neighborhood for over 20 years.While studying literature, Biondi became a huge fan of Charles Dickens whose novels were originally released in installments, each ending in a cliffhanger to keep readers coming back for more.  Because of his love of those novels as well as television dramas such as Dynasty, Knots Landing, Dallas, and Revenge, Jake Biondi decided to create a serialized saga for contemporary audiences.  Thus, BOYSTOWN was born.Biondi began BOYSTOWN in June of 2013 as an online story and intended to release one "episode" online per month, each ending in a cliffhanger. The story became so popular -- and the online reading audience grew so quickly -- that people from all over the country began to email him demanding to know what happened to their favorite characters and wanting the episodes to be released faster.  They also had suggestions for future storylines! Biondi was surprised and excited by the readers' response to BOYSTOWN and began to write and release installments more quickly.  By November, Biondi had released 10 episodes and his reading audience had expanded well beyond the borders of America.Because of BOYSTOWN's huge success online and the serialized nature of Biondi's writing, readers from all over the globe have been able to correspond with Biondi and influence the storylines of the BOYSTOWN saga as Biondi writes it.Readers also suggested that Biondi publish the first 10 episodes as a book rather than leaving them online. He took their advice -- and “BOYSTOWN Season One” was published in late November of 2013.  The book is selling very well locally and nationally. In the meantime, Biondi continued to write additional episodes. Episodes 11 - 20 were released as “BOYSTOWN Season Two” on July 7, 2014.  Biondi is currently working on episodes 21 - 30, which will be published as “BOYSTOWN Season Three” at the end of the year.Because of the popularity of the book, people have suggested that BOYSTOWN be turned into a television series.  Biondi has begun to reach out to television networks and producers -- and their response has been very positive.  Working with actors and other professionals in the entertainment industry, Biondi hopes to bring BOYSTOWN to television in the near future.

Posted by multitaskingmomma at 2:58 AM