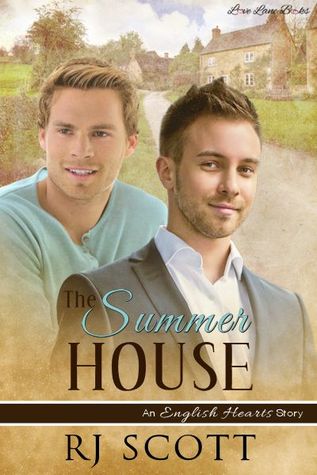 
Ashby Sebastian Sterling-Haynes has had a lot of boyfriends, but he's never found the one.
The only person he can form an attachment to is his fourteen year old niece, and even that is in jeopardy when babysitting her cat goes all kinds of wrong.
Veterinarian, Connor Lawson is much happier working with animals than with people. He has deliberately returned home and to the Summer House he recalled from childhood holidays for peace and quiet and the chance to heal from wounds no one would ever see.
When his next door neighbor comes into the practice with a cat that has been in a fight he hides in his office because this Ashby guy is all kinds of dangerous. Too hot, too rich, too titled, and way too sexy for his own good.
Can two men who refuse to believe in love ever learn that love is the easy part of the journey to forever?

Connor is a vet working with pets, wildlife and such in a small town filled with people who knew each others' business like it was their own. The personal touch is a must, the extension of a helping hand is expected and taken for granted. Connor ran away to this small village from a past he did not want to talk about. He is secretive. He is collected. He is fearful of the unexpected. He stands aside as life passes him by, unwilling to take a risk in love and relationships. Excepting his best friend.

Ashby is of noble blood. With a family tree that could rival the branches of a prehistoric oak, he comes from money and blue blood. Respected by the people living in his family's vast estate and loved by them because he was who he was: a Sterling-Haynes. Looking for a summer romance was not in his plans, babysitting a temperamental cat was. When the cat gets into a cat fight, he runs to the vet and meets the one man who did not look at him in respect. Connor. The man who not only ignored him, but also seems to hate his very presence.

Ashby knows a challenge when he sees one and determines to win Connor onto his side, his friendship and hopefully his bed. But Connor is not proving to be an easy prey so Ashby needs to set the perfect trap. Easily thought of and planned than done, especially when his secrets could take a turn and bite him where the sun don't shine.

This was just an awesome  read. I mean, sweet romance always is but with characters that come to life, that makes it simply wonderful.

The Summer House is a story not just about Ashby and Connor, it is also the story of the people living under the shadow of nobility and whose lives depended on the good graces of a family. Sounds archaic, but it is truth. There are still estates around and no matter how people gripe or think it is ridiculous, these families make hard work to make their lives work. However, the pros of this setting also has their cons and we get to read a bit of them swirling around a summer romance that could just mean forever. 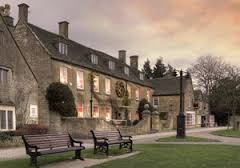 Broadway, Cotswolds, is the inspiration for Aston-Under-Wold, the town where I based the Veterinary practise for Connor, and the café where Ash is working for the summer. Pete’s Pasties is there as well as the Coln Duck Mafia (you need to read the book to find out what I am talking about!
The street through Broadway was an ancient 'ridgeway' and the main road from Worcester to London. It is a wide street or 'broad way' hence the name.
Broadway is a Cotswolds tourist trap, swarming with people in the Summer, but in February when I visited it was quiet and peaceful. It is a small town with a large village feel, a river runs through the middle and there are horse chestnut trees, period houses and honey coloured Cotswold stone cottages.

There is history in every inch of the town. During the Civil War (Cavaliers, Roundheads) Oliver Cromwell actually spent the night at the Lygon Arms the night before the Battle of Worcester, while King Charles I  had previously used the building to meet and rally his royalist supporters. I used both of these facts in The Summer House to give a sense of history to the town in the book!

RJ Scott has been writing since age six, when she was made to stay in at lunchtime for aninfraction involving cookies. She was told to write a story and two sides of paper about a trapped princess later, a lover of writing was born. As an avid reader herself, she can be found reading anything from thrillers to sci-fi to horror. However, her first real true love will always be the world of romance where she takes cowboys, bodyguards, firemen and billionaires (to name a few) and writes dramatic and romantic stories of love and passion between these men.
With over sixty titles to her name and counting, she is the author of the award winning book, The Christmas Throwaway.  She is also known for the Texas series charting the lives of Riley and Jack, and the Sanctuary series following the work of the Sanctuary Foundation and the people it protects.
Her goal is to write stories with a heart of romance, a troubled road to reach happiness, and most importantly, that hint of a happily ever after.

Posted by multitaskingmomma at 3:06 AM