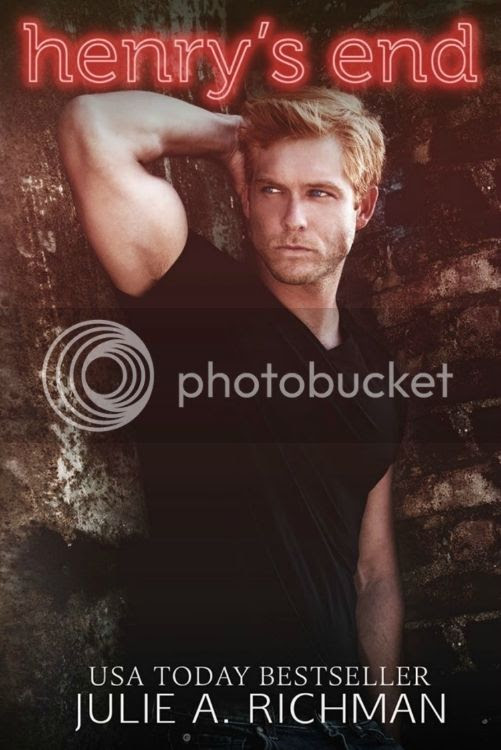 
Dreams.
I used to have them—before the nightmares started.
I dreamed of nice guys, love…normalcy.
Things like reading the Sunday paper in bed with my lover.


But who needs dreams when your reality is filled with a string of faceless dominating men in uniform? Men that pack a thick bulge and are only too happy to satisfy my deviant sexual cravings.


And then HE walked through the door and shared with me, a total stranger, his intimate dream of love. Damn him for verbalizing every single detail of the dream I buried long ago.


And now I don’t know how I'm going to live without that dream.
Or him.

What I did to get back into the path, I had to search and read the blurbs and reviews of many books the author wrote. Imagine my astonishment when I began to realize, this is not a stand alone. It is true. It is the story of Henry, just as the author promised. However, the gap year(s?) between part two and three, that all happens outside of this book.

I am a bit conflicted after reading Henry's End. Reading the first part and then the second, I rated this a four and a five star. Henry's life, his path to happiness, it was going at a pace unexpected and truly dramatic. The support of his loyal friends, etc., these all played a huge role in his character development. I was really enjoying myself, wiping my tears away and all that jazz. When the gap part came in... sigh. I apologize, but getting lost in the middle of nowhere drastically lowered my rating. The three stars rating was reached through this process:

Note: Eye of the Beholder is not a stand alone. Read the Needing Moore series, or at least the blurbs and reviews before reading. 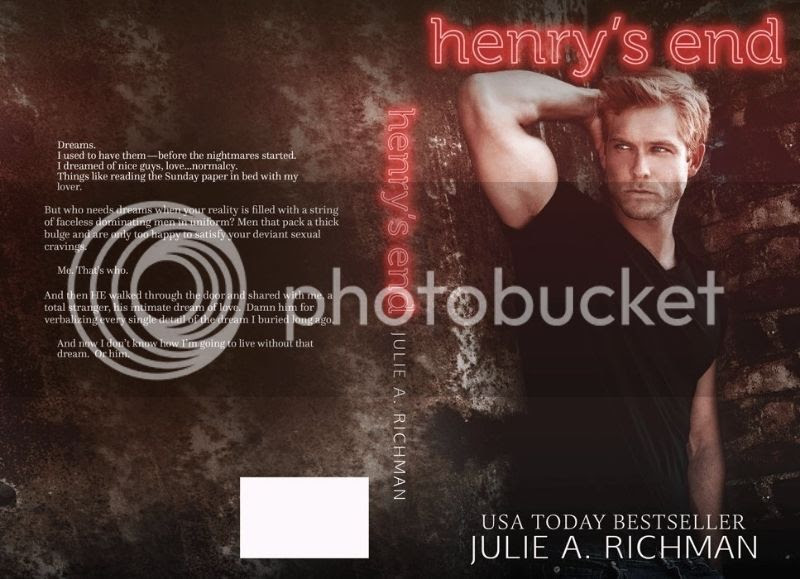 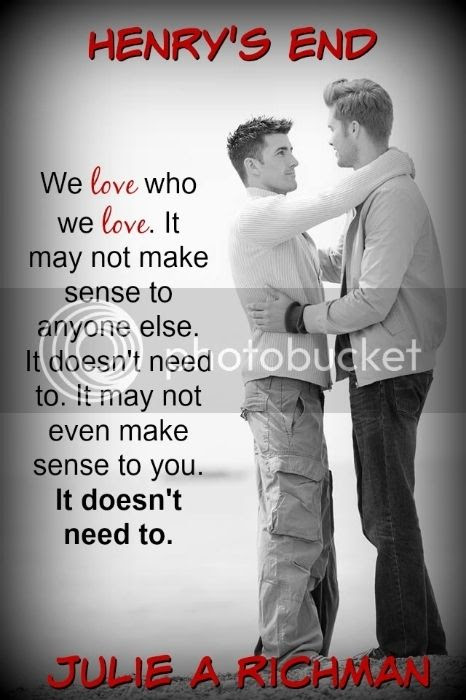 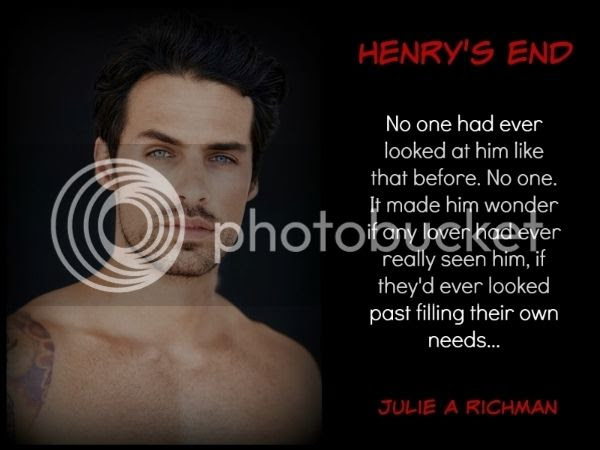 Holding eye contact with the man, meeting the challenge head on, Henry didn’t flinch. He wanted him to know that he was aware that he was being watched. The energy between the two was sharp and direct. There was no mistaking that contact had been made, and Henry could feel his stomach cramping with excitement, and his balls tightening with desire. This was a man he had dreamed about his whole life. He exuded absolute power. Envisioning him in uniform made Henry inexplicably ache even more. 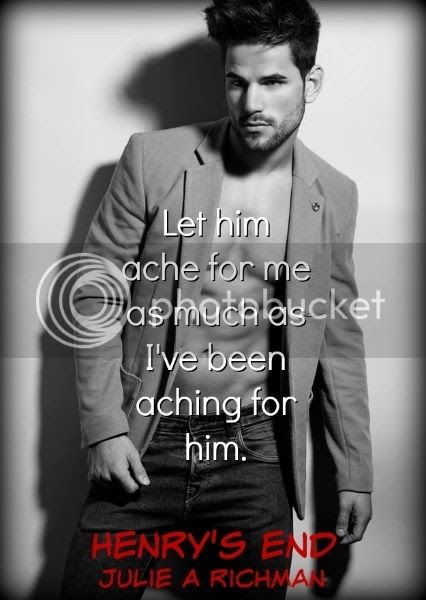 Definitely a Marine, he thought. A lieutenant? A captain? This man gave orders and expected them to be followed. He commanded. Demanded. And received.

Turning away, Henry made his way through the crowd in search of the bathroom. Mostly he needed his air back and a moment to process what had transpired. He knew that wasn’t all in his head.

The man hadn’t just cruised him.

Heading into the bathroom, the site of an open stall door felt like an immediate godsend and he needed to get behind it, alone. Quickly.

It happened so fast, he wasn’t quite sure how it occurred. Entering the stall, he turned to close the door but was propelled against the metal stall wall to his right, knocking the air out of him. He heard the muffled sound of the stall door latch being locked. The larger man pinned him with his body, his muscular chest pressing Henry flush against the cold metal. The cool smooth surface felt good against his hot, sunburned cheek. Henry could feel the man’s cock pressed against his ass crack on the outside of his bike shorts and wondered if the guy’s cock was still in his pants or not. It wasn’t until that moment that he realized the man had him in a loose choke hold. He didn’t feel fear, and somehow instinctually knew this guy wasn’t going to hurt him. He was establishing his control and position.

With lips next to Henry’s ear, his voice was little more than a growl. “Is that what you want? Little boys? Little boys that will never satisfy you? Is that what you want?” His sizable cock pressed harder against Henry’s ass. With his free hand, the man reached around to the front of Henry’s bike shorts and found exactly what he was looking for – a hard, excited cock. Giving it a squeeze through the slippery material of his bike shorts, Henry hardened immediately to the man’s touch. Continuing to fondle him through the thin fabric, while simultaneously pressing him from behind, the Marine hissed into Henry’s ear, “I asked you a question.”


Brain cells blown away by the physical assault both front and rear, for the life of him, Henry could not remember the man’s question and answered by pressing his junk harder into the guy’s hand, needing to feel possessed by his grasp. He did not disappoint Henry as he squeezed his balls tighter.

“You still want little boys?” he growled, his arm tightening around Henry’s neck.

The moment Henry felt the crook of his arm squeeze his neck, he began to pump himself into the man’s hand, “No. I don’t want little boys.”

“Then what is it you want?” The man had Henry by his cock and was pressing him firmly against his own hard-on, grinding harshly against his ass.

“Good. And I don’t want you dancing with those boys. Do you understand that?”

With his hand firmly encasing Henry’s privates, the Marine pressed the smaller man against him and continued to let Henry feel the pressure of his cock against his ass.

Henry leaned his weight back into him, eyes closed. There was nothing in the world except the guy’s hand kneading and pressing his balls. He wanted to stay in the moment forever. Submit to whatever the man wanted from him.

And then he was gone. Leaving Henry against the wall with a raging hard-on and a need to feel the Marine’s hands and cock again, hear his voice, low and raspy, in his ear. Without removing an article of clothing or coming, he had never had a sexual experience that excited him as much, and he knew, beyond a shadow of a doubt, that he would always remember the sublime feeling of being restrained by this man. 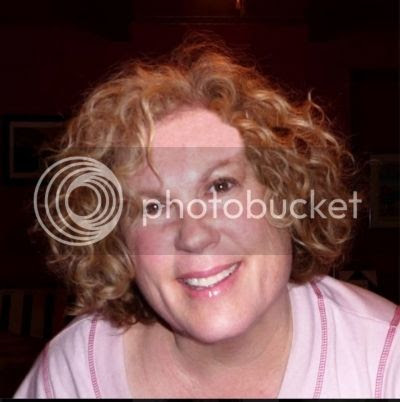 USA Today Bestselling author Julie A. Richman is a native New Yorker living deep in the heart of Texas. A creative writing major in college, reading and writing fiction has always been a passion. Julie began her corporate career in publishing in NYC and writing played a major role throughout her career as she created and wrote marketing, advertising, direct mail and fundraising materials for Fortune 500 corporations, advertising agencies and non-profit organizations. She is an award winning nature photographer plagued with insatiable wanderlust. Julie and her husband have one son and a white German Shepherd named Juneau.