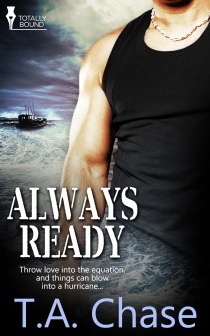 
Making a living on the Bering Sea is hard enough, but throw love into the equation, and things can blow into a hurricane.
Senior Chief Dean ‘Jake’ Jacobson loves his job as a Coast Guard rescue swimmer. Saving lives is the second best thing he could ever do. The first is loving Phil ‘Rhody’ Rhodes.
Phil is a third generation crabber who fishes the Bering Sea. Being gay and in love with Dean isn’t something he talks about, especially not with the six men he lives with on the Angela Kayla for weeks on end. But he’s been happy with his life.
Until one day the Bering Sea reminds them that she is a dangerous place to work. As her icy waters surround them, they discover one truth. Dean and Phil must always be ready to love each other because life can be taken so easily when one works on the sea.
Publisher's Note: This story has been previously released as part of the Semper Fidelis anthology by Totally Bound Publishing.

How could a very short story be all of this? Well, apparently, the author is this one talented individual who was able to pen this incredibly sweet love story between two men who almost lost their chance to be together.

Phil ‘Rhody’ Rhodes and reminds me of Robert "Bobby" Shatford of The Perfect Storm. While in that real-life tale Bobby was the least experienced and was lost in sea, Rhody is very experienced, listens to logic, and does everything he possibly could to survive a storm that capsizes his fishing boat. All he needs to do is to wait for rescue to come.

Senior Chief Dean ‘Jake’ Jacobson is a rescue swimmer who finds himself torn from rescuing his lover to rescuing another crew on the other side of the storm. His struggle between wanting to rush to his lover's side and to rescue those in desperate need beside him tells of his determination and conviction.

Who are these two men?

They are simply Rhody and Jake. Lovers. Friends. Partners.

Caught in a storm that may tear them apart, we read, we struggle with them. We love with them.

Beautifully penned from someone who is fast becoming a favorite of mine. This may be short but this is beautiful.

By reading any further, you are stating that you are 18 years of age, or over. If you are under the age of 18, it is necessary to exit this site.
Copyright © T.A. Chase 2015. All Rights Reserved, Total-E-Ntwined Limited, T/A Totally Bound Publishing.

The din of voices hit Dean like a physical blow as he pulled open the door to Darwin’s Theory then walked in. He knew Phil would be waiting for him, but in the crowd of people, it was going to be hard to find him. Tonight was their last night together for a good long while.
Stationed at the Coast Guard’s Kodiak Station on Kodiak Island, where he served as an Aviation Survival Technician—or rescue swimmer—Dean had gotten a weekend pass to come to Anchorage. When he found out he’d gotten it, he’d called Phil to make sure his lover would be able to meet him.
Opilio crab season was about to open, and Phil had been up in Dutch Harbor, getting the boat he worked on ready to go. Phil was a third generation crab fisherman, and it wasn’t easy for him to get away before a season started.
Yet he’d been able to do so, and now they had two nights together before Phil went out on the Bering Sea to fill his quota, and make his money.
Dean jumped when someone pinched his ass. Turning, he hoped it wasn’t a woman who had done it. He didn’t feel like dealing with tears or an indigent female wondering why he didn’t find her attractive. Hell, he hadn’t found any woman beautiful—except his mother—since he was young. He was gay through and through.
“I’ve been sitting here for over an hour, checking out the asses walking in and out of the bar. I have to admit you have got the best behind I’ve seen in a long time.” The voice in his ear caused him to relax, even as he turned.
“Do you also pinch everyone’s ass?” Dean grinned at Phil, though he kept his voice low to keep anyone from overhearing.
“Only the good looking ones.” Phil winked, then gestured toward a table further back in the bar.
Dean followed Phil, letting his gaze drift down Phil’s back to where the man’s ass was enticingly displayed by a pair of worn thin, tight jeans. His lover would never wear those in Dutch or on the boat, but being in the city loosened some constraints for them both.
After flagging down a waitress, he asked for a beer and a shot of whiskey. She gave him a weary nod before rushing off to fill her orders. Phil took a seat in the corner, and Dean sat as close to him as he could without drawing attention to them. He slid his hand onto Phil’s knee under the table.
“Have a good trip in?” Phil inquired before taking a drink of his beer.
Dean nodded. “Yeah. Sully came in with me to meet up with his girl before she heads out to visit her parents or something like that.”
“Cool. I came in on my own. Caught a flight out of Dutch early this morning. Checked in the hotel, then did some shopping for supplies. Season opens next week, and we have to be ready.” Phil’s blue eyes danced with desire and happiness.
“I missed you,” Dean softly blurted out, wincing when he heard those words spill out of his mouth.
Phil reached under the table to cover Dean’s hand, then squeezed it. “I missed you too. It’s been too long.”
It had been two months since they’d been able to spend time together. They’d chatted over Skype, emailed and texted every day between opportunities, but it wasn’t the same as seeing Phil face-to-face and being able to hold him in his arms.
They’d been dating—if you’d call it that—for two years, ever since they’d met at a bar in Fairbanks. It hadn’t always been easy, but as their relationship had grown more serious, Dean knew he’d do whatever he had to do to keep Phil his.
“Here’s your drinks. Do you need anything, Rhody?” the waitress asked Phil as she dropped off Dean’s beer and whiskey.
Phil shook his head. After getting Dean’s money, she dashed off again. Dean took a swig, then set the bottle down. Staring at him like he was a juicy piece of moose meat, Phil’s eyes told Dean what he was thinking. 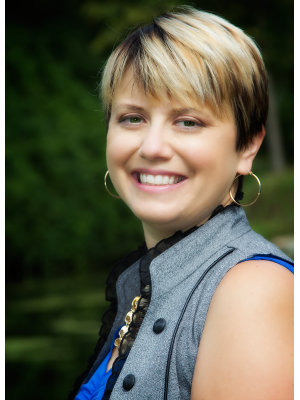