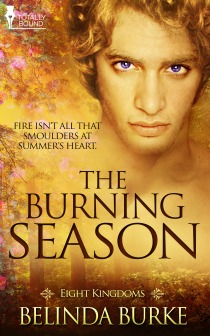 Winter’s love is blood and chaos…but fire isn’t all that smolders at Summer’s heart.To claim Bran forever, Macsen has begun the ancient ritual of sidhe courtship—but such a rite is a trial in more ways than one. Tradition requires that Macsen seek Bran’s favor in his own country, and a Summer courtship is teasing and promising. More than that, Summer’s Queen will come between Macsen and her son however she can.But despite his mother’s disapproval, Bran’s will is bent to the same purpose as his Macsen’s—the achievement of four proofs of love, proofs that only Bran can determine or acknowledge. One step at a time, they come closer to a day when nothing will be able to separate them—but a familiar foe is more than willing to try.In the mortal world, the year has continued to pass without a hint of green. The Green King has prevented the spring, and thus all seasons but winter…but it’s Macsen whom Dealla blames, and all her plans for violent retribution are directed at him. Failure may cost her everything, but that is a price she has long been willing to pay. In the wake of her invasion, Macsen is left with a dilemma that might not be easy to solve. Love, or vengeance—which should he choose? Can they live together in the same heart?

This is the third book in a series that must be read in order.

Where to begin. Due to outside influences and doubt Bran summer son is at at an Impass in his relationship with the Red king Macsen. Macsen decides that in order to prove his love for Bran he must court him according to Sidhe customs. Of course the Summer Queen is not happy about this and Bran finally learns the darker facets of his mother. This is just one of the many plots manifesting this book.

The ever destructive presence that is Dealla continues to bring havoc among the sidhe in her thirst of power. Her greed, total disregard, vengeance and maglo maniac tendencies brings the world to an imbalance. Like a true socio-pshychopath she transposes the terrible consequences of her actions onto another. One has to wonder if her cohorts follow her out of fear, duty or like minds. In many ways it appears that certain pieces are being put together to make right of the carnage she leaves behind. The metamophasis of many that were percieved as the enemy has become key allies and integral pieces for the future.


In someways the HEA is bitteesweet due gruesome lost lives and grief amongst seconday characters that were integral. The book ends in a cliffhanger and cannot wait to see where the next installment takes us. It amazes me that the author is able to weave this incredible story in such a compact way. The depth of the back, mid and peripheral story is just astounding.

By reading any further, you are stating that you are 18 years of age, or over. If you are under the age of 18, it is necessary to exit this site.
Copyright © Belinda Burke 2015. All Rights Reserved, Total-E-Ntwined Limited, T/A Totally Bound Publishing. 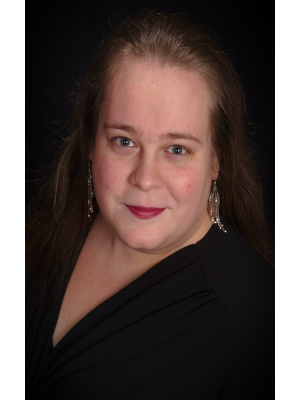 Belinda currently lives on the New England coast with her fiancée, their room mate and her cat.  When she's not writing, she's working toward degrees in Philosophy and English, embroidering or reading.Belinda writes in several genres, but a little lust and love always work their way into her stories.