Review Request & Author #Giveaway: Out of the Blue by R.J. Jones 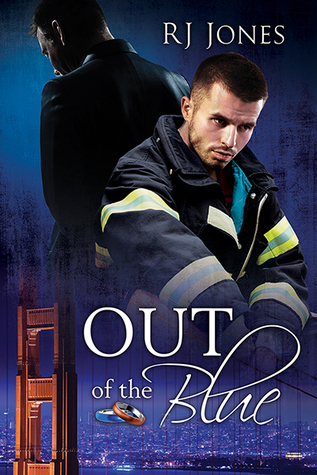 When everything happens Out of the Blue…
Lt Cameron Cooper has been with the San Francisco Fire Department for fifteen years. He’s seen and dealt with a lot of horrifying situations. He’s always considered himself mentally tough, but when he attends a multi-vehicle accident and sees a dead boy with features remarkably similar to his long-time boyfriend, his mental health takes a hit.
All Jake Montgomery wants is to propose to his boyfriend on their ten-year anniversary. He’s already bought the perfect rings, but when Cameron struggles to look at him after a tragic accident, he has doubts about their future. Cam is withdrawing, and Jake doesn’t know why.
With heated arguments and cold shoulders, Cam and Jake’s life starts to fall apart. Just when Cam thinks he can overcome his issues and finally talk to Jake, memories from Jake’s past threaten to push them apart forever.

I love firefighter stories and when I got requested to review this, how could I refuse? Unfortunately, this book was so good, I used us a whole box of tissues. Yes, it is this good.

We have Jake Montgomery who is there to love, support and cherish his boyfriend of ten years, Cameron Cooper. The book opens to Jake preparing to propose marriage and goes to the extent of choosing rings. It should have all worked out.

Cameron comes home a broken man and what he experienced from his latest case sends his mind into a tailspin of despair and fear. He looks at Jake and sees death. How can a man remain sane when all he sees is his beloved dead?

This is a truly painful and fearful story of how two men who seemingly are the forever kind begin to break apart because of trauma. There is a fear on handling the fear itself and Cam cannot cope. Jake struggles to find out the cause, he could help, but only if Cam tells him. If Cam cannot, there should be therapy to fall back on. Unfortunately, there is failure and blockages from all sides of Cam that Jake finds he does not have the strength to try to keep breaking down.

We read a story of how two men's relationship spirals out of control because Out of the Blue, life stepped in and delivers a wild card that destroys the mind.

The fortunate thing about this story is how it was delivered. Written by an author I had no idea existed, this is a book to read, love and learn from. 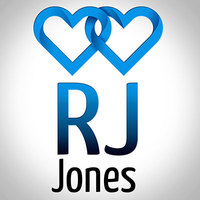 I started as a reader and eventually made the progression to reviewing. It wasn’t until two men popped into my thoughts, insisting on telling me their story that I started to write. It started with one scene. A hot and dirty one in the shower.
My initial thought was if I could write their scene then they’d shut up and allow me to concentrate on other aspects of my day. That shower scene was 3000 words long and three hours of work. But they didn’t shut up. They told me their entire story and I didn’t sleep for days. Sometimes I couldn’t keep up with what they were telling me and I had to keep a notebook by my bed.
Whilst I was writing their story a side character decided he needed his story told too. Then other characters followed suit.
You see the problem? If I ever want to sleep again then I need to write.
I’m a wife and a mother to two boys. Even my dog is a boy.
I am surrounded by males.

To get a chance to win an ebook copy of Out of the Blue, leave a comment below and don't forget to leave your contact email address.

We will randomly pick 1 lucky commentator and R.J. Jones will email them their ebook version of choice.

Game ends May 11.
Posted by multitaskingmomma at 10:11 PM