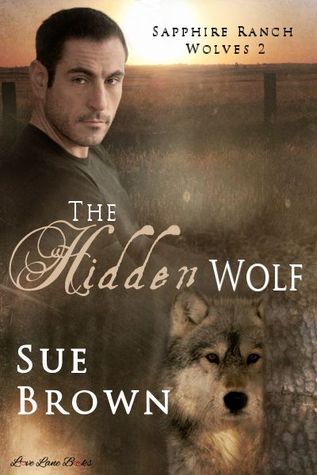 Sheriff Milo Clarke has met his mate, Eli Watkins, and now they're conducting a long distance relationship while Eli runs the Cavalry, the security firm protecting Joe and Cal at the Sapphire Ranch from the hunters.
The long distance loving is hard on all three of them, Eli, Clarke and Clarke's wolf, who is becoming more restless as Clarke refuses to shift. When is Clarke going to give into the other side of him and how will Clarke and Eli resolve the distance between their lives?

The wait is over and finally, I got my hands on another sexy shifter in the form Sheriff Milo Clarke. Now, that first one, it ended banging hanging and Milo looking into the activities of a clean up. That is when this story opens, with Milo looking in, hiding the truth from authorities and realizing that one of those Cavalry called in by Joe Lowther is none other than his mate. The good news is, Eli is looking right back at him and not in the least bit anxious about him being a mate. That is the good news. The bad news is: Eli has to go work somewhere else and Milo stays right where he is. Hundreds of miles apart. Thankfully, their mate bond works great and they can talk to each other without the need for technology.

To add angst to this romance: Milo is kinda scared to shift, even ignoring his wolf. Why? Well, he has his reasons. His refusal to tell his staff he is gay is another angst that he thinks is complicating his life. In the meanwhile, Eli patiently stands by his side and mind, coming in when he could to be with his lover and is uber understanding. Almost too good to be true. In fact, I think Eli is too good for Milo for there was a point I just wanted to slap some sense into him.

Unfortunately for this book, nothing left unresolved in the first finds a resolution. The need to up and move is important but Joe's father is dying, has been dying since the first book. His days are numbered and Eli continues to look for the lost friend who may just have the answer they are all seeking. Again, this ends hanging, but this time, there is no frustration. There is only a feeling of anxiety of what the next book will reveal.

As for Eli and Milo, well, they are good, for now. How they will resolve the issue of moving or whatever decision they reach will be found in book three... In the meantime, the hidden wolf will have to remain hidden.

Posted by multitaskingmomma at 6:16 AM