Spend a year with the creatures that go bump in the night…fighting for their rights to exist and protecting the innocents of The Big Easy. A diverse group of friends trying to find their place in a world they never had to “fit” into before.Although each series can stand alone, we believe reading the books in the order they are released will increase your enjoyment.


Reviewed by: multitaskingmomma
My Rating: 4 of 4 Stars
(Based on Short&Light Read Category)

This is my first taste of Pulp Friction and to be honest, I wondered how this would work. How I read the books was to get all the released books and read them back to back. As I got through the first half, I wondered how on Earth the editor is going to make this work, with four different authors writing about one arc and make the timeline work, the characters interact and of course, how to make the plot develop for each book that would make them finally cohese by the fifth round or twenty books total. By the third book, I have to laud the editor. This was a challenging project and so far, it freaking works! 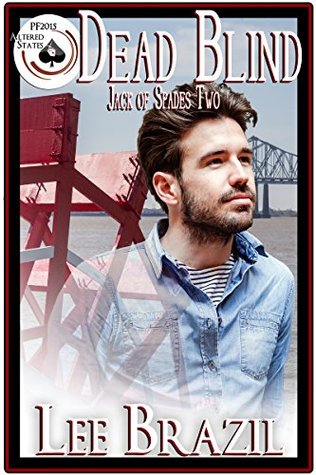 In the two months since Dr. Sabine Brusilov and his ghostly lover Bart discovered the curious brass circlet while investigating a haunting in an apartment building, Sabine focused on recovering from his accident. Now, his health restored, his mind returns to the mystery of the circlet. Even a commission to appear on a television show can’t distract him from its allure.
After nearly two centuries of resistance, it takes an exorcism for Bart to come to terms with being a ghost…and learning that everything in the other realm isn’t quite the way he had figured. As he grows more comfortable in the spirit plane, his abilities on the earthly plane evolve. Even though he feels the circlet’s evil, he can’t help but connect his growing strength with it.
Life and death are two sides of the same coin, but the circlet blurs lines for both man and ghost.

Although I struggled in the first installment, I did not in this one. Here, things are still hanging but the loose ends in book one is almost solved and of course, we find out more of who Bart was before he became Sabine's boyfriend. We also get to see Bart becoming stronger and holding on to his physical form longer. This makes it just right for Sabine. We also get to see Nico, the vampire, becoming more visible. Dangerously so.

As for Sabine, hmmm, that artifact he discovered and kept, it is keeping him from doing things willingly. He knows it is dangerous but cannot control his need to be near it. The unfortunate thing is, this does not leave much of a resolution in any way. There are now mysteries that seem feel darker. Of course, this is just round, and to be fair, this is the stage where things are just coming out. 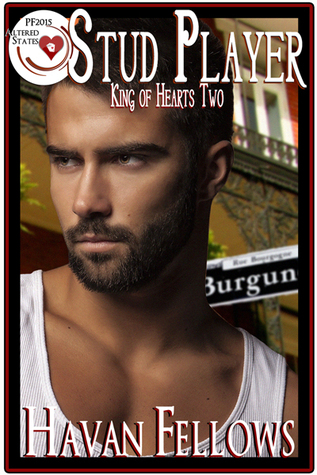 In a world where supernatural creatures openly exist, who can blame them for coalescing in one of the most fascinating and erotic places on earth? Welcome to New Orleans.
A conflicted incubus...
Laurant knows sex. As an incubus, he needs it to live. What he doesn’t need or understand are all those sticky and obnoxious ooey gooey emotions that humans intertwine with the physical act of enjoyment. So he’s less than pleased with his firsthand introduction to those feelings in reference to his last meal…they’re actually driving him insane. Crazy enough that he’ll face off against the baddest of his kind to keep his delectable morsel safe and sound and hopefully on his menu.
Not just your average blue-plate special...
Sure, in a moment of duress, Gun fed Laurant. The demon lay on the floor, bleeding from a wound meant for him—what else could he do but enjoy the ride the sex demon needed to heal. Unfortunately, the dangerous conclusion and surprising aftermath of their coupling only cements Gun’s need to know who he is and where he comes from…and to keep his distance from the enticing and deadly incubus.
So it really sucks when the incubus may be the only one that can keep him alive.

Laurant is in a whole lot of trouble and Gun is as mysterious as ever. There is something working against his every move, especially with his long lost memories. Who it is? What it is? This is not revealed. We are left with more mysteries and just placed me at a point where I groaned in frustration. Again, this is round two, so if I get the plan of this arc right, I won't know anything until book three. Which is in round three. Which I still have to wait out for. Which leaves me wanting to cuddle Laurant and tell him: all will be well.

So yes, I am falling in love with Laurant. Well, he is a incubus. 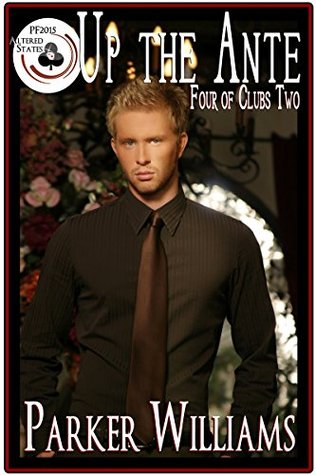 Up The Ante: Four of Clubs Two (Pulp Friction 2015 Book 7)
by Parker Williams

Two months ago, Ben Nelson stepped between a vengeful demon and psychic Artie Middleton—and has been paying for that decision ever since. Now that the last rites have been administered, doctors are ready to pull the plug on the young police detective. The trouble is, Artie has seen his future and knows that Ben belongs there. When a friend suggests a solution that seems...out of this world, Artie must face Ben’s parents and convince them that there’s a chance their son can be saved. Unfortunately, even if he succeeds, every good deed comes with a price. And someone is always waiting to up the ante.


It has been two months since we lost Ben to the demon attack and the family is preparing to harvest his organs and donate them. Damnit!!!

Artie is inconsolable. Who can blame him? He is watching his forever lover die and there is nothing he can do. But wait! There is a savior and it should have been apparent who it is. Unfortunately, Artie is not thinking straight and misses out on a chance. Well, when he does open his eyes and sees the solution, the day is saved and so is Ben.

But wait. There is something else. Remember what they say. What comes up, must come down. What deed is done to save Ben, there will always be a price. Ben is supposed to die but did not. Who is payment? What is payment?

This one, this made me just want to kill Parker Williams but the end, yeah, it stopped me. Why? Well, I can't spoil, but if I do kill the author (figuratively) I won't know what happens in book three. So yes, Parker Williams, you are saved. Saved by Ben and Artie.