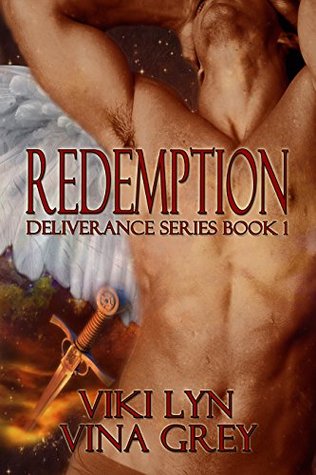 
An angel who sins may never find love again.
Archangel Raziel had no choice. He would break the Infinite’s commandment again to save his lover, Uriel, from a demon’s talons. Yet even the Infinite’s most trusted archangel cannot avoid punishment. Forced to go through the Cleansing, Raziel loses his memories and is renamed Izar, a Protector sworn to kill for the angels.
Years later, Izar is summoned to work alongside Uriel to capture a killer. Izar is shocked when his bloodlust spikes hot for the archangel. But a relationship between Protectors and angels is forbidden. As they rush to find the killer, their passion plays into the demon’s plan. Izar will have to choose between life and death if he is to save Uriel again.
Previously published as Sins Of Lust (Ellora's Cave)

Murder, mystery, suspence, subterfuge, betrayal and scorching erotica. Who could believe all this is occurring amongst celestial beings in heaven? Raziel archangel prince of Thrones sacrifices everything that he is to save the life of his lover/soulmate Archangel Uriel from demons and death. Little did anyone know that darker forces were setting a vicious plan to throw off the balance in heaven. Stripped of everything and re-assimilated with a new identity Raziel ascends the commander of the protectors. There's a conspiracy brewing amongst the angels and the protectors which is manipulated by propaganda and infused with murder.

This is a great start of a new series, I could honestly says I was enthralled. The story is plotted so well that I look forward to future installments.