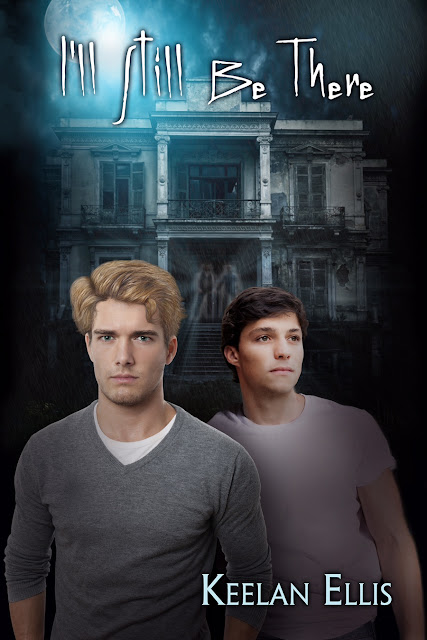 
The summer after high school, Eli Dunn and Jess Early explore an abandoned brothel in the rural Florida Panhandle. They’ve always kept their mutual attraction unspoken, but in an upstairs room at the end of the hall, everything changes. Suddenly, all the longing Eli and Jess have tried so hard to conceal bursts free, and passion like they’ve never experienced comes to light, along with the ghosts of Clay Bailey and Silas Denton, murdered owners of the brothel. And Clay and Silas have no problem possessing Eli and Jess in order to express their love for each other, without thought for the living.
Deeply disturbed by the experience, Eli and Jess part and try to get on with life as best they can. But after several years, Eli returns to Florida, only to find that Jess has made some questionable choices. These eventually lead him back to the abandoned house and a confrontation with Eli. Old scores are settled and Eli and Jess reunite. But Clay and Silas’s ghosts aren’t finished yet, for they’ve always believed in the power of open and honest love.

When I began reading I'll Still Be There, I honestly stopped and put it down. Nothing interested me at all. I am sorry for saying that, but nothing did. When I finally took this up a second time, I cheated. I went to the Table of Contents and then the ending. I stopped and considered the way it was written, the Table, that is, for I got confused. There was a contemporary date and a historical one. (Note: I read the blurb but it did not register) This got me curious and so I opened to the first page once more and decided to finally take the plunge. This is not written in the way I expected. There is a past and present story told almost side by side and the past affects the present in a way  that was totally surprising.

The first, or is it second?, story told is that of Eli and Jess who grew up together as best friends with Cassie, the only girl in the trio. Growing up, the trio's friendship bloomed to love, but the love one has for a friend and brother, nothing more nothing less. Secretly, that brotherly love for a trusted friend turned romantic for both boys but being young, they put all their feelings behind them for fear of losing each other. That is, until the boys decide to investigate this supposed haunted house and enter the room where the ghosts of the previous homeowners still lived on in an erotic fantasy. What happened in that room devastated the two boys and they went their separate ways. It took years but when Eli finally came back, he had to set things to right even at the risk of losing a best friend.

The second, or again, is this the first?, story is that of Clay Bailey and Silas Denton. Both men lived in an era where homosexuality was not only a sin but a crime punishable by death. It was a harsh reality they lived in but they persevered in their love until one night, in a crime of passion, both men were murdered in their beds and their ghostly spirits refused to leave their home. For decades the house stood empty and the ghosts took over the bodies of those who stumbled into their room. It was not until Eli and Jess did Clay and Silas get the second chance at love and a happy ghostly life.

This is a sensitively written story of two lovers who finally meet in contemporary times. What I found fascinating was how the story shifted from different time frames and never once did I get confused or lost. The progression from past to present to past then back, it should have made this read difficult. Having four main characters, that is different, too.

This is the first time I have read Keelan Ellis and if this is her debut book, then I laud her. Her style is very different and it almost made me miss out on an incredible story teller. I fell in love with all four men, but there was no menage. Although, I think there was... You have to just pick this up and read for yourself and decide if there is one.

Overall, highly recommended read and I am sure to follow this author in the future. She is an incredibly talented storyteller.

One of them, the dark one, looked up at him in alarm. “Elijah,” the man said, but that wasn’t his name, so he shook it off like it bothered him.


“It’s not right, it’s not decent, and you can’t have this.” His body was shaking, but he held the gun steady on the men in the bed. The part of him he couldn’t recognize anymore was clamoring at him, trying to remind him of something, but he couldn’t listen and didn’t want to. He was just too angry.


The other one—Clay, his name was—moved in front of the dark one and pushed him back. “Get the hell out of here, Brown,” he shouted. From behind him, the dark man…. Silas, cursed in surprise and pulled Clay back again, whispered something in his ear.


“It’s not fucking right!” he said again, and then with a pathetic sob, which made him sick, he said, “It’s not fair.”


“No,” Silas told him in a placating tone. “It’s not fair at all, but Clay and Silas didn’t make it like that. They didn’t do that to you.”


He couldn’t understand why he would say it like that, why he was talking about them like they were separate people, like they weren’t both sitting there in front of him, half-naked. “You shouldn’t get to do that!” he cried. “No one should. It’s sick. It’s terrible.”


“I’m sorry. I’m sorry that you didn’t have love in your life. Everyone should have that. Clay and Silas, they just got lucky, and you didn’t. That’s—that’s not their fault.” He was sitting very still, his hand resting on Clay’s arm so he wouldn’t push forward again.


He still did not lower his weapon, though he could feel his mind faltering. He was no longer clear on who he wanted to kill, who he was angry with. Then he heard it again. “Elijah.” It was spoken very softly by the dark-haired man. He frowned at the men on the bed, who looked different now. He shook his head again, less sure now.


“Listen to me Elijah. I know you can hear me. I’m sorry. I’m so sorry. I’m sorry for ever bringing you here. It ruined everything, and I know it hurt you. It hurt me too, so much. I should have just
told you that I… cared for you—that I wanted you. I know now that it would have been all right. I didn’t know it then. I was scared. I didn’t know what to do.”


Eli felt himself coming back, but the anger wasn’t dissipating. He was still staring at Jess, he could see it was Jess now, but the rage was still there. He did not lower the gun.


“I’m sorry for everything. I never, ever wanted to hurt you. Remember who you are, Elijah. Try to see me like you used to, when we were kids.”


Eli blinked a few times and then looked at his hand, holding the gun. He looked at Jess, and Shawn Kinney, on the tarp covering the filthy bed. His face went blank with horror, and he lowered the gun to his side, all of him shaking, unable to get a grip.


Jess got up and went to him, reaching down to gently pull the gun from his hand. He drew him in close, and Eli went, even though Shawn was right there, and even though things were still fucked up between them. He just needed it, and he knew Jess did too.


Shawn had gotten up and walked over to them. He put his hand on Jess’s arm. “Si?” he said, his face confused. He reached up and put a hand to Jess’s cheek.


Shawn looked disappointed for a second, and then his eyes cleared. All at once he looked mortified, and quickly pulled his hand away from Jess’s face. Jess was still touching Eli on the waist and standing very close, and it occurred to him that they might want to cease any more physical contact until they were out of this room.


“Let’s go. We shouldn’t be here,” Jess said. He moved away from Eli and started pulling on his clothes, then glanced at Shawn, maybe to make sure he was with it enough to do the same. The boy looked nearly catatonic, but he began to mechanically get dressed after Jess handed him his jeans 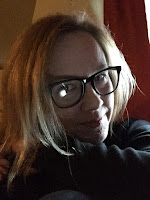 Keelan Ellis is a true crime enthusiast, a political junkie, and a comedy fan. Despite a compulsion to sometimes wallow in the depths of humanity’s corruption and sadness, she considers herself a romantic at heart. The stories she really connects with are about love that’s been twisted into hatred, and she believes that with honesty and forgiveness,
love can overcome. Keelan loves good bourbon and classic country music, great television and well-prepared food, especially shared with like-minded people.
She’s not a fan of parties and large groups of people, but there’s nothing she loves more than a long conversation with friends. Her favorite part of the writing process is the collaborative stage, hashing out plot and characters with smart and talented friends. It’s where she truly comes to understand the people she’s writing about, and often falls in love with them. With the support and encouragement--as well as some serious editing help--Keelan has found the writing niche she’s always searched for.


Posted by multitaskingmomma at 2:46 AM