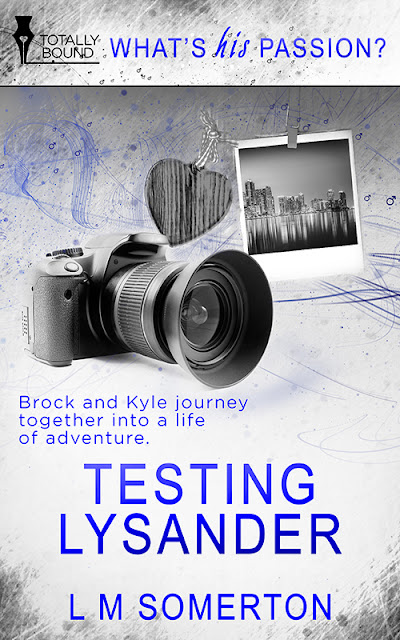 The newest addition to the What’s his Passion? imprint.Feel the fear and do it anyway.Extreme photographer Lysander Brock is accustomed to challenging places and situations but nothing can prepare him for the journey that his dominant lover, Kyle Dawson, takes him on.A commission to photograph the cloud forests of the Colombian Andes becomes the cover for a dangerous mission to expose a terrorist group. Kyle and Lysander must negotiate treacherous terrain, a hazardous climb and unexplored caves to achieve their goal.When Lysander is captured and tortured, he has no expectations of rescue. He understands that his life comes second to the mission but Kyle has no intention of leaving his beautiful, submissive lover in the hands of a madman. Kyle can deal with the intense pressure of fighting lethal enemies but the guilt of pushing Lysander into a life he never asked for is much harder to accept.Lysander and Kyle journey together into a life of adventure, Dominance and submission, and an uncertain future.Publisher's Note: This book is a sequel to Picturing Lysander and is best read in order.

Like the sound of Testing Lysander? Buy it here. 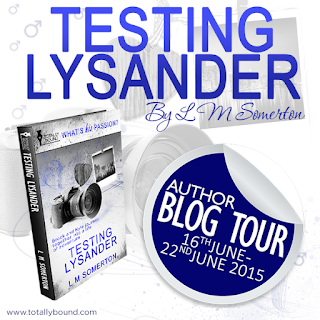 I suppose I’m showing my age here, but I have a soft spot for the film Speed. It’s one of those movies that I’m quite content to sit through again and again, and let’s face it, what’s not to like about Keanu Reeves? Anyway, to get to the point… a scene from Speed got into my head when I was writing Testing Lysander. It’s towards the end of the film and most of the tension and explosive action is over.

Jack: I have to warn you, I've heard relationships based on intense experiences never work.
Annie: OK. We'll have to base it on sex then.
Jack: Whatever you say, ma'am.

In Testing Lysander, and the preceding short story, the relationship between Kyle and Lysander develops during a series of intense experiences and it made me think about whether or not they would have a long-term future as a result. What would keep them together once the drama was done? Even without the background of the mission their interactions are intense. Dominance and submission lends an edge to their growth as lovers. They both have uncertainties – Kyle because he believes he’s not good enough, Lysander because he’s exploring feelings he doesn’t yet understand.
When Lysander eventually gets back to his ‘normal’ life, everything has changed. I wanted to get across the effect that his experiences had on his equilibrium. He’s unsettled without Kyle, anxious about what path to take. His passion for photography doesn’t disappear but it’s supplemented by his passion for his lover and he can no longer separate his feelings. Finding a way for them to be together long-term was a challenge in the context of the story and for a while it was hard to find their happy ever after.
Of course, you’ll have to read the book to find out what happens, but I hope I achieved my goal – to find a way to get past the intensity and establish something with a more solid foundation.

Kyle paced impatiently, his head filled with the imagined horrors that Brock might be experiencing.
“Fuck, this is getting me nowhere.” He started a methodical search of the camp for any equipment that might be of use. Most things had been systematically destroyed, but he managed to salvage some energy bars, bottled water and a powerful Maglite. He ignored clothes that had been strewn everywhere, dismissing them as useless. Once he had Brock back, they would be leaving the country as quickly as possible and there would be no stopping until they were on friendly soil. In the tent he'd shared with Brock, he righted the cots. To his concern, the sleeping bag on Brock's bed was stained with blood.
Kyle’s fingers curled into fists. “He’s hurt. How the hell did that happen? He didn’t say anything at the exchange point,” he muttered, more angry at himself than at Brock. “Keeping things from me is a discussion we’ll be having as soon as possible. My pretty man is in dire need of a good spanking.” Kyle lay down on the bed and fancied that he could still pick up a trace of Brock’s scent. Of course he wouldn’t have told me that he’d been hurt. He wouldn’t do anything to risk the mission, the idiot. Kyle sighed. He saw a lot of himself in Brock. The same stubborn perseverance. An impressive tolerance of severe physical demands on his body. A deep-seated passion for what he believed in. Of course in Brock’s case, that was all about taking the best possible photographs. For Kyle, it was a dedication to making the world a better place by taking on the dirty jobs that no one else wanted to do, but that were absolutely necessary.
“I should never have dragged him into this mess. It’s too sordid for someone with such an unblemished view of the world. He’s too sweet. Too innocent.” He chuckled. “Well, maybe innocent isn’t quite the right word. He has a kinky streak as wide as mine, even if he is only just coming to terms with it.” And that was what made them so perfect together. Matching kinks. Complementary passions. His dominant, protective personality and Brock’s submissive, nurturing character. Both strong in their own ways. Both in need of the balance provided by the other. 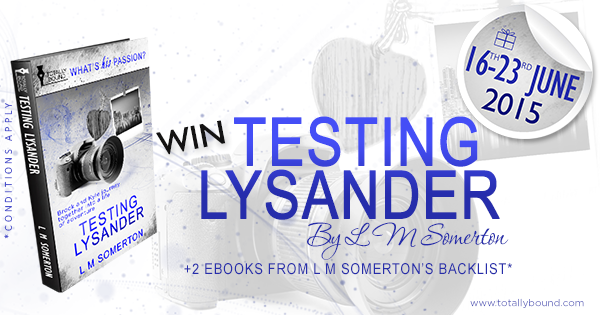 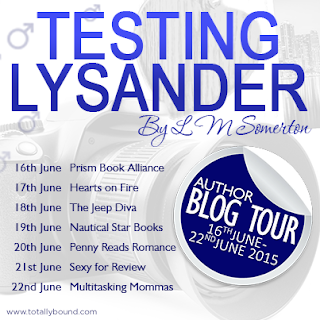 Posted by multitaskingmomma at 3:50 AM